Monster Energy Star Yamaha Racing’s Justin Cooper kept his podium streak rolling with a dominant victory in the second 250MX moto to secure third overall (5-1) at yesterday’s Round 3 of the Lucas Oil Pro Motocross Championship at High Point Raceway in Mount Morris, Pennsylvania. Colt Nichols returned to the box with a second-place finish in the first moto, ultimately ending the day fourth overall with a fifth-place finish in Moto 2. Jarrett Frye overcame adversity from a crash in the first moto to finish 17th (29-12).

Rain arrived before the first 250MX moto, so riders had to adapt to a completely different track. Cooper, who once again topped the timesheets in qualifying, got off to a good start in second. He tried to close the gap on the leader but was passed before the start of the third lap. A lap later, he lost the rear before the finish line, rejoining in fifth. He kept battling and advanced to fourth but ultimately had to settle for fifth. In the second moto, The New Yorker got another great start, and while he was just edged out of the holeshot by Nichols, he quickly made his move to the front. Cooper then threw down some fast laps and rode away from the competition to take a dominant victory in Moto 2, ending the day third overall.

Nichols got a good start inside the top five in the first moto. Sitting in fourth, he was able to advance to third after his teammate’s tipover on Lap 3. From there, he kept putting in some consistent laps to maintain his position and then advanced to the runner-up spot after the leader withdrew from the race, scoring his first moto podium of the season. In Moto 2, Nichols got an even better start and grabbed the holeshot. After being passed by Cooper, he found himself under more pressure as riders were fighting for position on the opening laps and was shuffled back to fifth. He closed back in on the rider ahead but ultimately had to settle for a top-five finish, earning his best result so far this season with fourth overall.

Frye also got a good start in the first moto, but unfortunately was collected by another rider after the start and went down. His crew quickly went to work to get his bike back on track and the 20-year-old rejoined in last place. He kept pushing and was able to advance to 29th by the end of the moto. Frye then made the best out of a less-than-ideal gate pick and was 15th after the first lap. The Maryland rider kept pushing and crossed the line 12th to score 17th overall.

The Monster Energy Star Yamaha Racing team gets a weekend off before heading to the RedBud National, Round 4 of the Lucas Oil Pro Motocross Championship on July 3 in Buchanan, Michigan.

“It was a good day for us all around. We had some good starts and Justin got another podium. We just need to clean up a few mistakes and we’ll have a double podium. I can’t wait for RedBud!”

“The day was really good overall. I had a small mistake in Moto 1, a tipover that just kind of took the wind out of my sails. In the second moto, I got out front early and rode aggressively to pull a good lead and then managed it from there. I enjoyed the track and had a good time racing my dirt bike today. We’re feeling good going into the break.”

“We made some progress at High Point, so I can’t complain about that. I got some good starts and put myself in better positions, but I just didn’t ride and execute how I wanted to in that second moto. My bike was great, and honestly, the conditions were good, but the track is just really tough to ride when you don’t have a flow, and that was my Moto 2.” 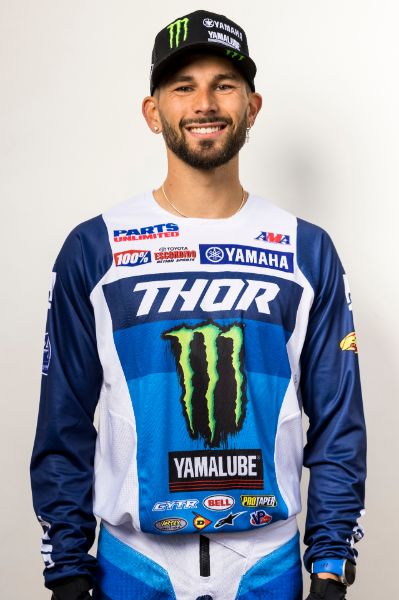 “It was a tough day at High Point. I just struggled a bit all day and then crashed on the start in Moto 1. It was an uphill battle from there but I was able to finish 12th in Moto 2. We have another weekend off to work on some things and will be back at it Fourth of July weekend in Michigan.”