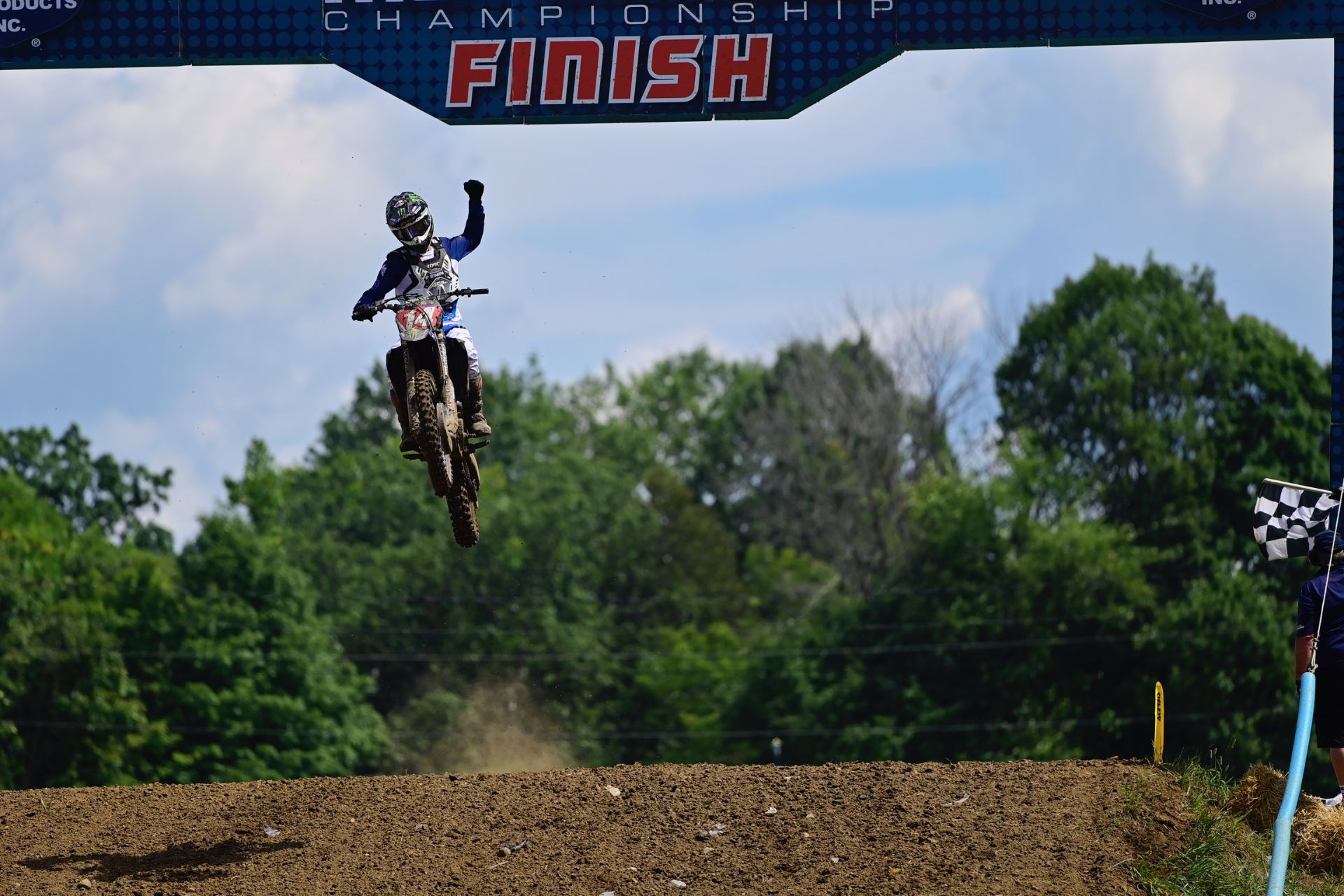 Monster Energy Star Yamaha Racing’s Dylan Ferrandis held onto his 250MX points lead with two stellar performances at the Ironman National: a dominant win in the first moto and a heroic charge from last to third after a first-lap crash in Moto 2 to finish second overall. His teammate Justin Cooper rebounded from an eighth-place finish in Moto 1 and returned to form in the second moto with a solid second-place for fourth overall. Shane McElrath was seventh overall on a tough day, having to work his way back from two difficult starts (6-10).

Qualifying second, Ferrandis opted for the inside gate pick and got off to a flying start to grab the holeshot. The Frenchman then set a blistering pace to leave the competition in the dust, crossing the finish with a 26-second lead. It was a complete reversal of fortune in the second moto, but equally impressive. Ferrandis got caught up in a first-turn pileup with his teammate McElrath and found himself on the ground in last place. The back-to-back 250SX West Champion made it look easy as he deftly made his way through to 10th before the halfway mark. With two laps to go, he made his move into third, passing two riders to get that final podium spot in the moto for third overall. Ferrandis’ efforts helped protect his points lead to four points going into the doubleheader next week at RedBud.

Cooper has been working his way back from a hand injury during the break and hasn’t had the testing time on the bike he was hoping for to prepare for the Outdoor season. In the first Moto, he got a decent start in sixth but ultimately crossed the line in eighth. He and the team made some changes for the second moto and it paid off. Cooper got off to a great start in second and was able to build a comfortable gap to maintain that position to the checkered flag and end the day fourth overall, his best result so far this season.

McElrath also made progress and started the day as the fastest qualifier. Unfortunately, when the gate dropped he got caught up in the pack and found himself back in 11th. The North Carolinian worked his way up to the top five with around seven minutes to go, but ultimately was passed in the final laps of the race and finished sixth. The pile-up at the start of the second moto made for an even tougher day in 29th. Still, McElrath kept pushing and worked his way all the back to 10th to salvage some points with seventh overall.

“It was a good day for the team overall. Dylan rode great. In the first moto, it was just like the beginning of the season. Then in the second moto, unfortunately, he and Shane went down in the first corner. To come back, from 30th to 3rd, it’s one of the best rides I’ve seen. Justin’s ride was overshadowed a bit in second. It was a great comeback for him as well with not as much time on the bike with an injury in the preseason. We’re looking forward to the RedBud doubleheader next weekend.”

“The morning was really muddy, but we had the best conditions that we could have for the afternoon moto. The track was really, really good today. Everything that we want to have on a motocross track was there today. So it was really good. I got the holeshot in the first moto and won. It was an easy moto. I felt awesome. In the second moto, I crashed at the start, in the first corner. Then I had to come back, so I gave it everything I had. I really tried my best to finish third and second overall and we salvaged some points. That’s a little bit frustrating to have to salvage points. I wish I could have been far from the trouble and just do the 1-1. That’s what I want to do again. Next week we will bounce back.”

“Overall it was a good day of progress. I’m still making changes with the bike to find what works for me. I haven’t had much time to test with the team because of the injury I’m coming back from. I made a good change for Moto 2 which put us back on the podium. Like I said, we’re making good progress. I’m looking to keep moving up the chart and I’m feeling better and better each time out.”

“It was tough conditions out there today. I started off the day better as the fastest qualifier, but two bad starts put me in a hole from the beginning. The track was super technical and hard to pass. Some lines were very good and some were very bad. I was trying hard not to follow but line choices really hurt me as well. I learned a lot today and I’m taking every piece of momentum I can get.”