The reigning 250SX West Champion Dylan Ferrandis solidified his place at the top of the Lucas Oil Pro Motocross Championship with a solid 2-4 finish at a very wet and muddy Loretta Lynn’s II in Hurricane Mills, Tennessee. His nearest Monster Energy Star Yamaha Racing teammate Shane McElrath finished a strong fifth overall with an 8-3 score, with Justin Cooper finishing the weekend 11th overall with a 20-6 tally.

For the second weekend running at Loretta Lynn’s, Ferrandis stormed to the fastest qualifying time. At the first moto gate drop, it was McElrath who took the holeshot with Ferrandis pushed down to seventh. He quickly staged a fightback however to move through the pack and into second within a handful of laps. A stop for clean goggles gave him an advantage, and after taking back chunks of time he took the flag less than five seconds behind the winner.

In the second moto, Ferrandis struggled for a good getaway and dropped out of the top 20. The Frenchman rallied however and staged a storming comeback, reaching the top 10 by halfway and passing teammate Cooper for fifth. With the three riders running line astern in fourth, fifth, and sixth, Ferrandis followed McElrath’s strong progress through the field to finish Moto 2 in fourth, for an overall result of second. The forty points was a good result for his championship campaign on what could have been a disastrous day.

After qualifying second and recording the Moto 1 holeshot McElrath was able to take the lead early. He looked set for a strong race at the front until he had an issue after nearly tipping over, dropping him out of the top 15. He was able to restart however and fought back fiercely, reaching the top 10 by lap three. After reaching fifth he was caught by the pack again and finished the first moto in eighth. In moto two McElrath made another strong start, taking second place and racing consistently at the sharp end of the points. He put his head down and fought off a close challenge from teammate Ferrandis to finish a strong third, for an overall result of fifth.

Cooper had a tough first moto after a strong qualifying in fourth. A difficult getaway left him near the back of the pack in 16th. He put on a strong fight to reach 10th, before slipping down again to end the first moto in 20th. In the second moto, he made a much stronger start, reaching seventh within a few laps. After battling with his teammates in the top 10, he regrouped to finish a solid sixth place for an overall 20-6.

The Monster Energy Star Yamaha Racing team returns to action at the Ironman in Crawfordsville, Indiana, next Saturday, August 29, for Round 3 of the Lucas Oil Pro Motocross Championship.

“We had some crazy conditions today! It was a tough day for everyone, but we still got very good points. We’re looking forward to going again next weekend at Ironman!”

“It was a difficult day in the mud, but I was still able to save some important points. The track was really difficult. I was hoping for another win, but I managed to keep the red plate so I’m really happy about that. On to next one!”

“It was a difficult day just to get around the track. We had a few crashes in the motos and had to come in for some goggles changes, but I came away with both holeshots and a moto podium. We will keep working and keep moving forward.”

“It was very difficult conditions, with the track and the vision. There were a lot of pit stops for goggles today. It was a pretty disappointing day but we will keep staying positive, brush this one off and focus on next weekend to be where we belong.” 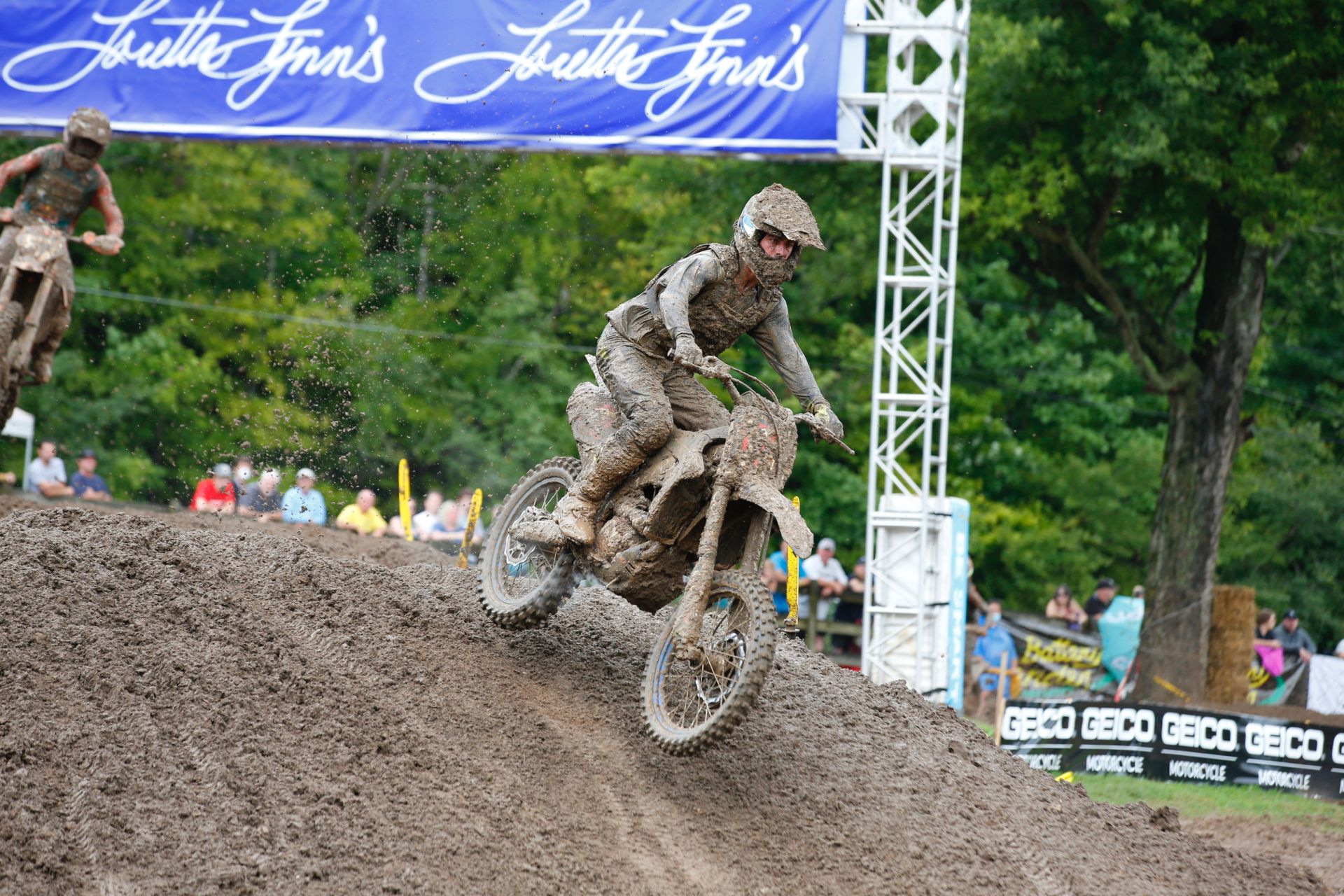