Monster Energy Star Yamaha Racing Team riders secured the second, third and fourth overall positions at the opening round of the Lucas Oil Pro Motocross Championship season at the Hangtown Motocross Classic, with Justin Cooper leading the way with the Moto 1 victory and second overall (1-4). Despite the mixed conditions between a dry Moto 1 and a rain-soaked Moto 2, Colt Nichols rounded out the podium in third overall (5-3), while recently crowned Western Regional 250SX Supercross Champion finished fourth overall (3-5). Making his professional debut, Ty Masterpool had an impressive start to the season finishing 14th overall (12-14).

The 2019 Pro Motocross season got off to an interesting start with rain dampening much of the opening round. It at least held off for the opening moto and Cooper took full advantage of the decent weather, shooting out to the first holeshot of the season and leading every lap of the race. He fended off occasional pressure for the top spot and collected his first career moto win to start off the season strong. A tough start in Moto 2 proved an uphill battle for Cooper as the rain had started to come down, making it hard to pass. He used the whole race to make it up from ninth to finish fourth in Moto 2.

Nichols was able to tie to his career-best overall with a third at Hangtown. His effort in Moto 1 was solid, but his teammate Ferrandis passed him, pushing him back to fif. When the second moto started he was out with a vengeance, grabbing the holeshot and keeping the team’s holeshot streak intact. The Oklahoman kept pace at the front and was able to finish the race in third, giving him third overall.

Ferrandis came into the series on the high of his first U.S. championship. In Moto 1, it took some time for him to get into a pace - starting sixth - but once he got going, he was a force to be reckoned with. He used every minute of the race, making the pass for third on the final lap. Once the rain came down in Moto 2, Ferrandis looked comfortable out on the track. After running in fourth for most of the race, his clutch started to let go, deciding to play it safe the Frenchman nursed it home to fifth. His 3-5 placed him fourth overall.

Conditions made for an interesting debut for Masterpool, but he handled it like a true pro. In the opening moto, he started 14th at the conclusion of the opening lap and was able to move forward to 12th. Moto 2 proved to be a new challenge as rain poured down and had the rookie starting 17th. It was a matter of staying on two wheels, but Masterpool worked his way into 14th, scoring 14th overall.

The Monster Energy Star Yamaha Racing team will head to Southern California for Round 2 of the Lucas Oil Pro Motocross Championship, lining up at Fox Raceway in Pala, California on Saturday, May 25.

Today was a awesome start to the motocross series for us! Getting a Moto win and having three of the four guys getting podiums in the motos, as well as a double podium overall... I couldn’t be happier. I’m also really happy to see Ty have a solid start of the season. It was tough out there today. I’m looking forward to Round 2 at Pala and for us to keep this momentum rolling.

Great start to the season with the first moto win and a good day overall. I was able to salvage a decent amount of points in the second moto considering the conditions. It was gnarly out there, so I can’t complain too much on the result, but we want more. I’m looking to take this momentum into next week!

Starting off the season is always a challenge to see how you stack up, so I just wanted to see where we were. I’ve felt like I’ve been good at outdoors but have been underprepared the last few seasons so this is a great start on the podium. The track was brutal and the Yamaha felt great today. Everyone who has been helping me out has been awesome and it feels great to get third overall. 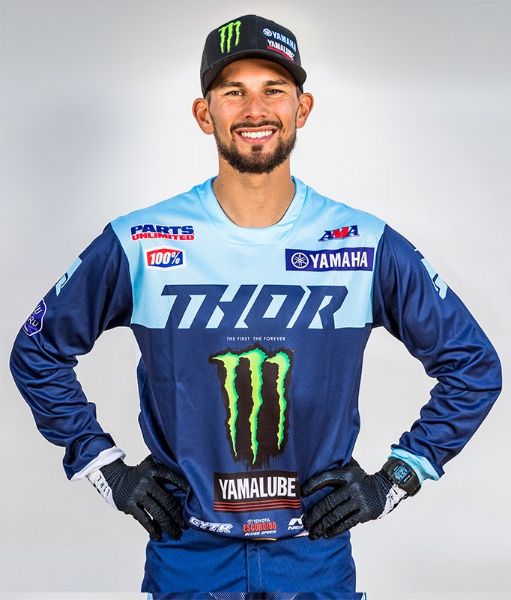 The day started out well. I felt very comfortable physically and on the bike during practice. In the first moto I made a late charge to the front to finally finished third. In the second moto I was feeling good. The speed was really good too until I fried my clutch and had to slow down to save the bike to finish the moto. It was really frustrating for me and now I’m really disappointed but we’re onto the next one in Pala next weekend and hoping to get back on top.

Our plan is that this is going to be a growth year, getting used to the tracks, the high level of competition, the long motos, and the busy schedule of racing every weekend. So I’m looking to stay focused on that growth and gaining experience more so than worrying about results. It was tough out there today, but I feel like I learned a lot already. I can’t wait to get back at it at Pala.