Monster Energy Yamaha Star Racing’s Eli Tomac took back the red plate at the Budds Creek Motocross Park, collecting a season-high 11th moto win on the way to second overall (1-5). The Coloradan now has a one-point advantage in the Lucas Oil Pro Motocross 450MX Championship heading into the final two races of the season. Teammate Christian Craig enjoyed a solid day with sixth overall (5-7), while Dylan Ferrandis’ day started well with a sixth in Moto 1 only to be cut short in Moto 2 after a collision with another rider, scoring him 13th overall (6-36).

The track in Mechanicsville, Maryland, proved to be all about the starts, and after a third-place qualifying in the morning sessions, Tomac found himself with a great gate pick. His gate selection paid off, and he came around in the top three. Two laps into the race, he got around second and was eyeing the lead, making the pass happen just two laps later. Tomac settled in and found himself 13.5 seconds ahead of second at the end of the moto, claiming an impressive 11th moto win of the season. His Moto 2 start didn’t mimic the opening race, and he found himself ninth. With not many opportunities to pass on the track, Tomac made his way up to fifth by the end of the race, reclaiming the championship lead by one point.

Craig got going in seventh during the qualifying sessions and would get out to a seventh-place start in the opening moto. He maintained his speed to race his Yamaha YZ450F to a solid fifth-place spot by the end of the moto. In the second moto, Craig started a little further back in eighth and advanced a position in the challenging conditions to cross the finish in seventh, awarding him sixth overall.

With only one race under his belt following his return from injury, Ferrandis focused on being comfortable on the bike and putting in solid motos. As last year’s winner of Budds Creek, the Frenchman knew the track well and wanted to capitalize. He earned fifth in qualifying but was unable to get the start he wanted in Moto 1, coming around the first turn 13th. He started making his way through and by Lap 4 had made it into the top-10. Ferrandis pushed his pace and caught up to sixth place just a few laps later, where he would finish. The reigning champ hoped to put in another consistent ride in Moto 2, but his start would make for another challenging race in 11th. As he raced into the top-10, Ferrandis and another rider came together, and he wasn’t able to rejoin the race, scoring him 36th for 13th overall.

The Monster Energy Yamaha Star Racing team heads to Ironman Raceway for the penultimate round of the Lucas Oil Pro Motocross Championship in Crawfordsville, Indiana on Saturday, August 27.

“All in all, it was a very good day. Eli had a phenomenal first moto. Unfortunately, he had a bad start in the second moto but worked his way back up to fifth. He did everything he could, but the important thing is that we regained the points lead. Once again, Dylan had a really good first moto but had a collision with a rider in the second moto and wasn’t able to finish. Christian had a good ride. He started the day with a rough time in practice but pulled it together for the two motos.”

“The first moto was awesome for us. I was able to make some passes early and get to the front before halfway, which allowed me to settle into my own pace. In Moto 2,  I was farther back on the start and was not finding the best lines to get by guys, which was a little frustrating, but in the end, it was a good day for the points.” “It was a good day overall. I didn't ride to my full potential, but I was able to put in two solid motos and have some good battles! We’ll keep working and come back stronger at Ironman.” “It was a tough day for me. I had a very bad start in Moto 1 and came back to sixth. I was struggling a little bit with the bike setup, and we made some changes for Moto 2. I got another bad start, but I was feeling better on the bike, and then I got t-boned by another rider, which ended my race.” 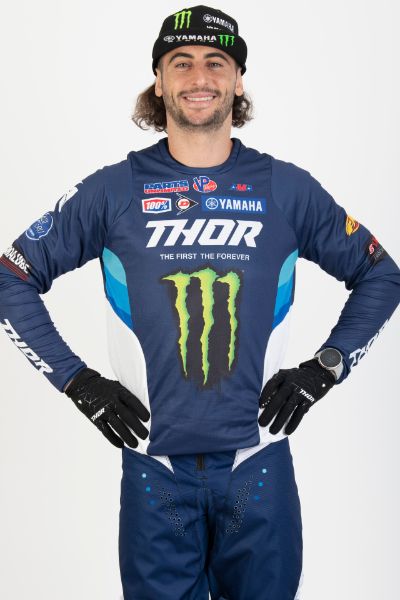