Known for its spectacle of high speeds and big air, Monster Energy Supercross is one of the top motorcycle racing series in the world. A modern evolution of Motocross, the 17-round indoor dirt bike racing championship packs the stands of North America’s well-known stick-and-ball sport stadiums, reaching an audience of nearly one million live viewers and broadcasted to millions more worldwide. 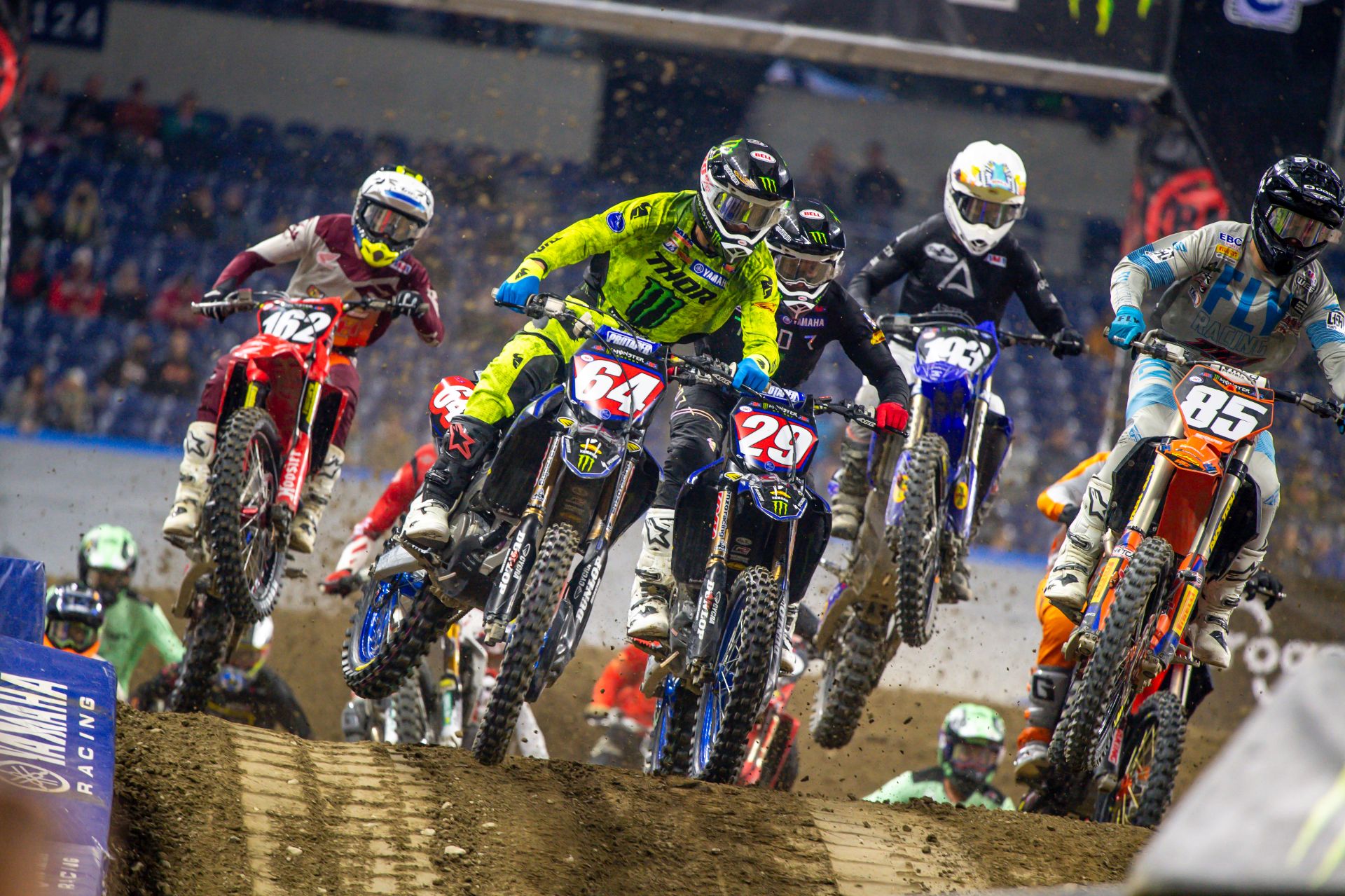 Originally founded and sanctioned by the American Motorcyclist Association (AMA) in 1974, the series is also co-sanctioned by the Federation Internationale de Motocyclisme (FIM), making it a formal World Championship. Over the course of the series’ forty-plus years of history, Supercross has been the home of some of the biggest stars in motorcycle racing – Bob Hannah, Jeremy McGrath, Ricky Carmichael and James Stewart, to name a few.

Monster Energy Supercross has two classes: 450SX and 250SX. The premier 450SX class features the best Supercross riders in world aboard 450cc four-stroke motorcycles sporting number plates with black numbers on a white background. These top-level athletes compete at all 17 rounds over the course of 18 weeks, testing the rider’s ability to find that balance between maintaining the level of intensity against fierce competition and lasting an entire season.

Showcasing the sport’s rising talent is the 250SX class. As the name suggests, these up-and-coming riders compete aboard 250cc four-stroke machines and can be spotted with black-background plates with white numbers, the opposite of 450SX. Helping bridge that gap from amateurs to the pinnacle of the sport, 250SX is split into East and West championships. Both regional divisions have eight rounds each to crown a champion, but face off for bragging rights at the Monster Energy Supercross season finale in Las Vegas for the Dave Coombs Sr. Memorial East-West Shootout.

Both classes have a points-paying Main Event at the end of the night – 15 minutes plus one lap for 250SX and 20 minutes plus one lap for 450SX. There are, however, only 22 spots at the starting gate, so riders have to earn a transfer spot. Each round draws a lot of riders from across the U.S. and the world, but only the fastest 40 riders from timed qualifying advance into the night program. From there, riders are divided into two Heat races per class. For those who don’t advance to the Main Event from the Heats, there’s one last chance – aptly named the Last Chance Qualifier.

Winners of each Main Event score 26 points, with second-place taking 23 points and third-place further back with 21. After the podium, it starts with 19 points and subtracts one point with each following position so that ultimately, everyone who makes the Main Event scores at least a point. To keep tabs on the points leader in each championship throughout the season, all you have to do is spot the red number plate.