Monster Energy Star Yamaha Racing’s Justin Cooper bounced back from a crash on his opening lap last night, finishing fifth in challenging conditions at the AT&T Stadium in Arlington, Texas. Although not the result he was looking for, the New Yorker closed the gap to four points as the title chase heats up with a three-rider fight for the Monster Energy AMA Supercross 250SX West Championship. The young Nate Thrasher continues to make progress, building on Saturday’s 10th place result to finish ninth at Arlington 2. It was another tough night for the team’s other rookie, Jarrett Frye, who had to go through the LCQ after an issue in his heat and did not qualify for the Main Event.

Cooper stayed perfect in qualifying, topping all three sessions for the fourth-round running. He got off to a flying start in his heat but then slid out early in the race before fighting his way back to a runner-up finish. He scored a good start in the Main inside of the top five but coming out of the whoops he and another rider came together, putting the New Yorker on the ground. He quickly went to work, advancing to 17th at the start of the second lap, and then made his way up to fifth on a track that was very hard to pass on. The top-five result was an important points haul, closing the gap to four as the championship heads to the halfway point.

Thrasher made a strong start, breaking into the top 10 for his best qualifying result to date in seventh. The Tennessee rider continued to build on it with a solid fourth-place result in his heat race. In the Main Event, he got a decent start in ninth and moved up to seventh a couple laps before the halfway mark. On Lap 10, he was passed by his teammate and then on the following lap by the championship leader, ultimately crossing the line ninth for his best result thus far.

Frye also had a better qualifying result in 16th. He then got a good start in his heat in fifth, where he ran for most of the race until an issue had him dropping back and out of a transfer position. The rookie then had the difficult task of going through the LCQ on a very unforgiving track. Unfortunately, a crash early in the race meant he was unable to qualify for the Main Event.

“It was a really awesome day until the Main Event. It’s frustrating, really. Justin got a good start, I think he came out third or fourth, which would have been fine. He would have had no problems there, but he got clipped by a guy and went down. Nate’s still putting in good results and he’s learning very rapidly, which is awesome to see. Jarrett just had an all-around rough night from the heat to the LCQ. You never want to be in the LCQ; that’s where bad stuff normally happens and he’s got to learn from it. We’ll go back and study some more stuff and come out for this final Arlington round swinging.”

“The day started well again, with a good qualifying and heat race. In the Main Event, I started off fourth or fifth and it wasn’t the usual guys up front, everyone was shuffled back. I came out of the whoops, and a rider banked off of that turn off of the whoops and cut out. I was already next to him and had the forward momentum so I just got his back wheel and went down. It’s a bummer and I’m disappointed. I’m trying to get back up to the top, and just every time, something’s happened. It’s hard to take in right now, but we’re not going to give up. The points are closer now so I’ve just got to keep my head up and keep trying.”

“It was a good night, we started off a lot better in qualifying in seventh. Then the heat race was really good and I finished fourth. In the main, I felt really good. I was coming through the pack, battling and making passes but just had a little arm pump that set me back. We’ve got to be better. I feel like we’ve got the podium speed,  we just need to get a good start and put it up there. It’s tough to pass in these Main Events, the tracks are just super tight. We’ll be better for Saturday.” “Tonight was really tough, but the day had started out better. I got a good start in my heat and was running fifth but then had an issue and had to go through the LCQ. I didn’t get the start I needed and then went down trying to work my way to a transfer spot. It’s very frustrating, but we’ve got a few days before the next one and will come back looking for a better result.” 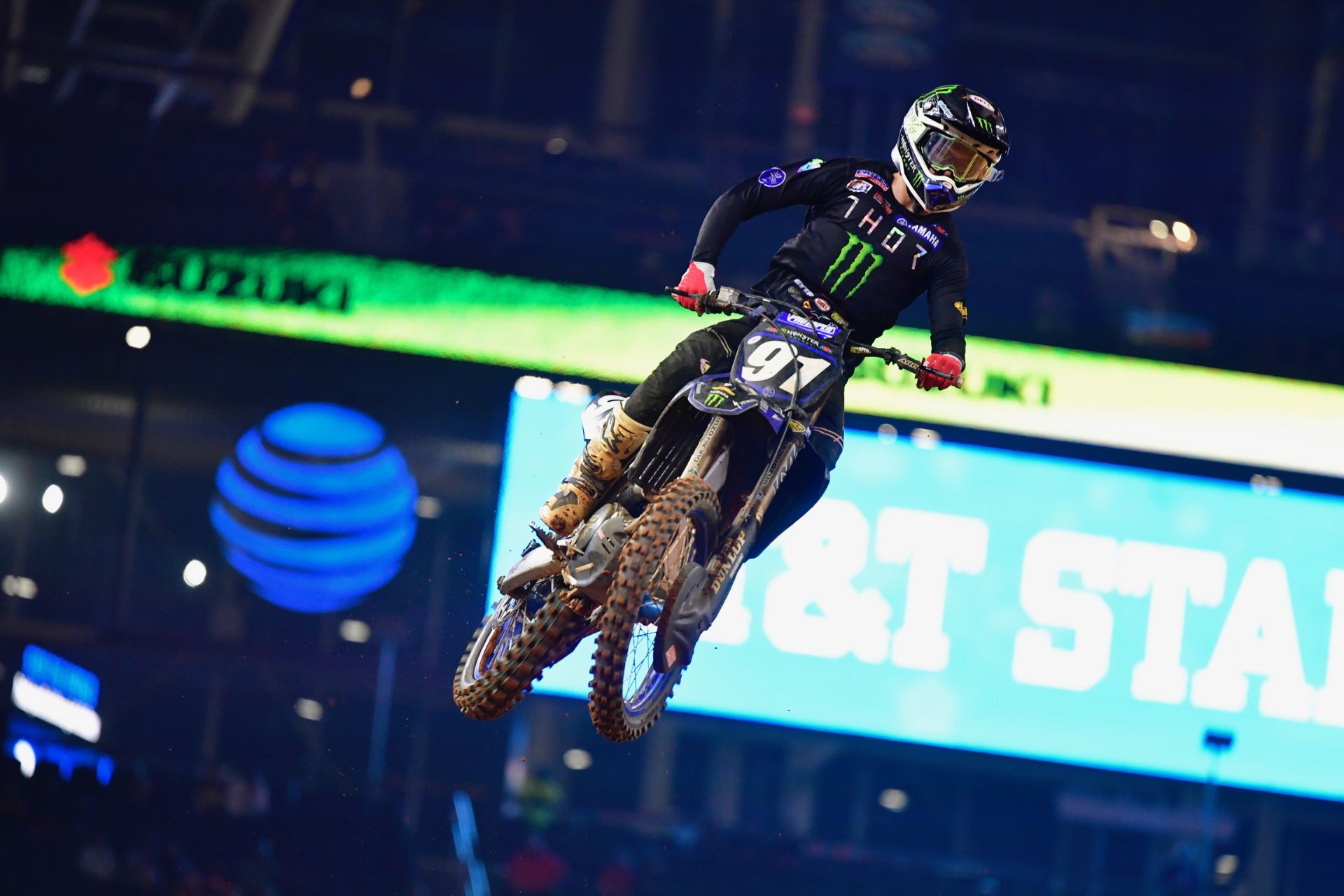