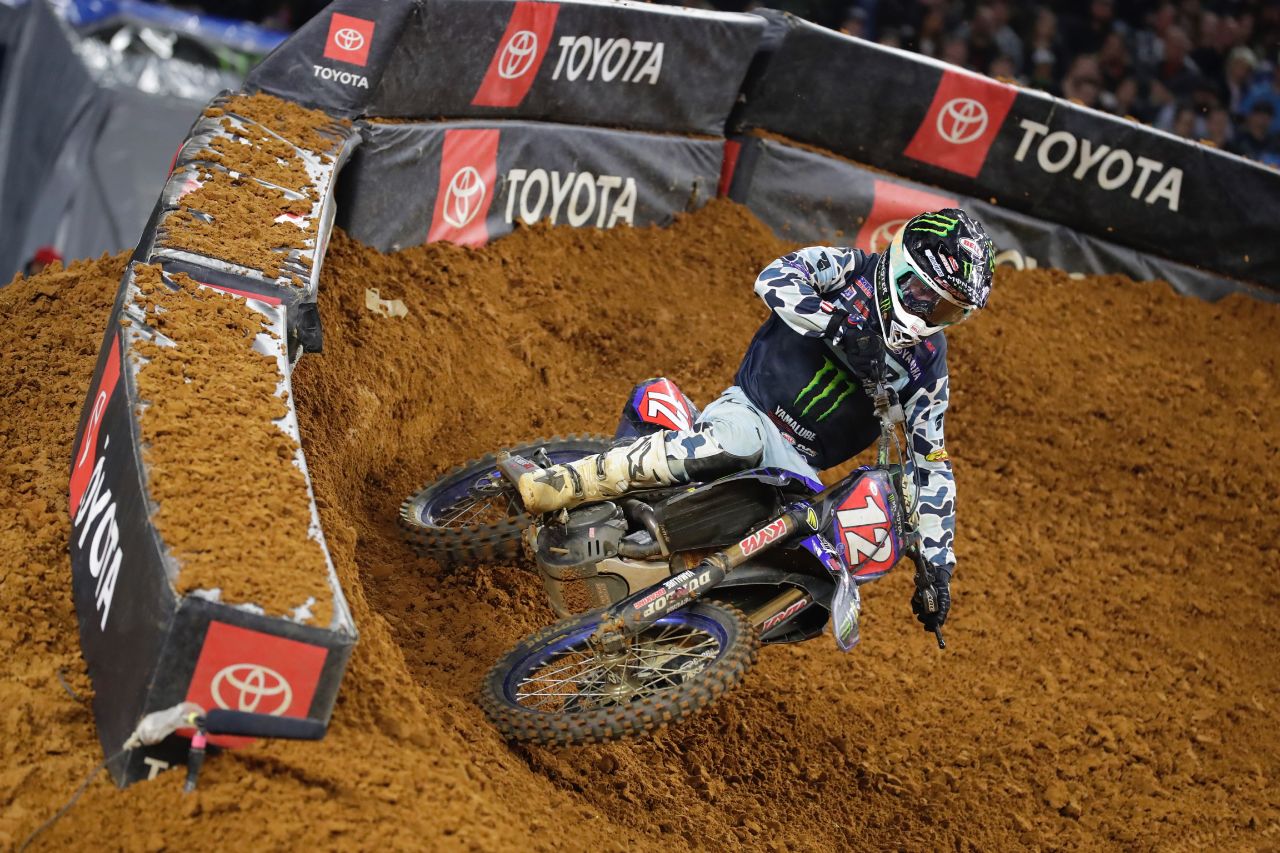 Monster Energy Star Yamaha Racing’s Shane McElrath ended Saturday night on a high note with a dominant victory in the final Main Event of the Triple Crown, but unfortunately, was one-point shy of the overall win with a 3-2-1 tally. His second-place finish at the AT&T Stadium means he leaves Arlington, Texas, tied for lead in the Monster Energy AMA Supercross 250SX East Championship.

In the first race, McElrath made the best of a poor start and quickly went from 11th to eighth. He steadily worked his way into fifth, moving up a position every lap.  Around the halfway mark, things really began to heat up and he moved into fourth after the race leader went down while battling for the lead. It was then a three-way battle for third, which McElrath came out on top and a few laps later, moved into second. He was passed shortly after by his championship rival, but it was a good recovery with two more races remaining.

The North Carolinian got a better start in the second Main Event, but still had to work his way towards the front from fifth. He closed in on second and took the position on lap 8, but unfortunately his rival had amassed a healthy lead up front and there was not enough time to challenge for the win.

With one last shot at the win, McElrath got the start he was looking for in the final Main. He took the holeshot and held onto it for the entire 10-minute-plus-one lap race, crossing the line four seconds ahead of the competition. Although not enough to put him on the top step of the podium for the second week in a row, the runner-up finish was key for the title chase.

Shane really showed his heart tonight coming through the pack the way he did in Main 1. These Triple Crowns are tough, especially when you don’t get the starts. He kept moving forward and came just short of the overall in the end. All in all, it was a good night. We will share the red plate next weekend and look to go get a win in Atlanta.

I felt awesome all day. I didn’t put myself in a good position tonight with the first two starts. It really tough to catch the leaders, but I fought hard all night and at times maybe a little too hard. I’m happy with my last race and motivated to get behind the gate again next weekend! 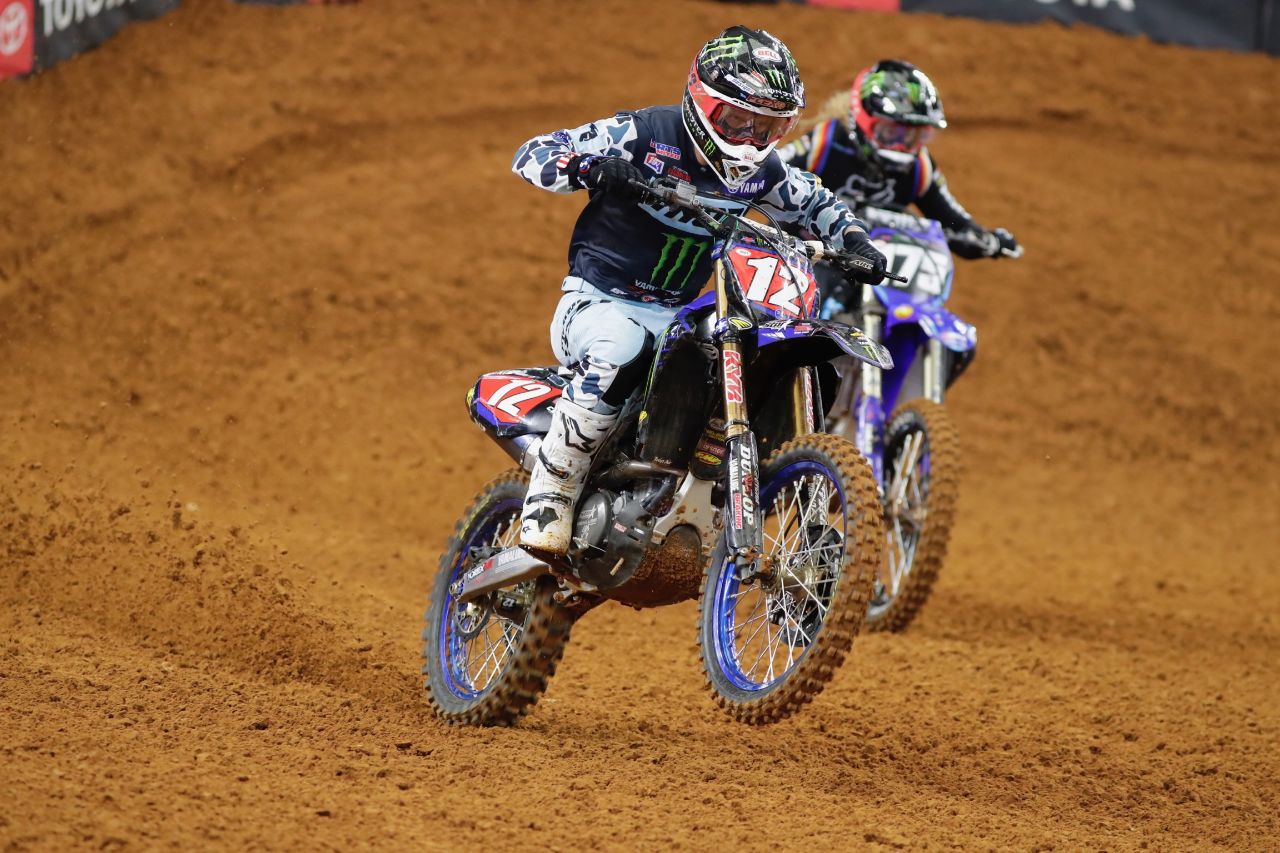