Newly crowned Progressive American Flat Track AFT Singles champion Dallas Daniels and his Estenson Racing teammate, Mikey Rush, overcame adversity to finish fourth and fifth, respectively, in the penultimate race of the 2020 season on Friday evening at the Daytona International Speedway. AFT SuperTwins contender JD Beach completed a sweep of top 10s for the team in the premier class, securing his best result of the 2020 season after racing his way forward to claim eighth at the checkered flag.

Daniels’ hopes of stretching his remarkable win streak to seven took a major hit when he was thrown over the bars and run over in a chain reaction crash early in his Semi. Undaunted, the 17-year-old bounced back to his feet and remounted his YZ450F to take the restart from the back of the pack. Daniels made up several spots to safely earn a qualifying position for the Main, but was forced to start from the third row as a result. He still managed to slot into fourth relatively early, which is where he would stay for the remainder of the race.

By contrast, Rush cruised into the Main, winning his Semi in spectacular fashion from the third row of the grid. However, he was caught up in a multi-rider incident while running third on the opening lap of the Main Event. Forced to restart from the back of the pack, Rush called upon his considerable Daytona Short Track expertise to immediately pick off several riders around the outside. With his head down, Rush clocked a fast lap more than a tenth of a second better than any of the riders who finished ahead of him, slicing all the way up to fifth before the checkered flag ended his charge.

For Beach, the day was one of constant improvement. After struggling earlier in the day with the set-up, Beach found what he was looking for in the Main. Despite starting from the fourth row, Beach made up a handful of positions on a difficult battleground to overtake the competition. He ultimately finished eighth, his best result of his four top 10s this season with one final opportunity remaining to set the bar even higher tomorrow night.

The Estenson Racing team is set to conclude the 2020 American Flat Track season with the second half of the AFT Season Finale doubleheader at the Daytona Short Track on Saturday night.

“Overall, I’d say the day didn’t go too bad. It definitely could have been worse. The Singles guys were kind of in the wrong place at the wrong time and got tangled up twice. They were in the back of the grid for the restarts, and at a little track like this, it’s hard to pass. Coming from the fourth row makes it really tough, so to get both guys in the top five was about all we could ask for. With a little better luck, I think Mikey could have won. So that’s a little disappointing, but we get another chance at it tomorrow.

“JD improved all day. For the Main Event, he made a big step forward and charged the entire race. It’s good to get his best finish of the year, and there were some other promising things with how the race went that have us excited for tomorrow. Hopefully, we can pick up where we left off tonight and make another step tomorrow.”

“The day started off decent. It’s the first time I’ve been to this track in a few years and the first time I’ve ever been here on a 450. I got a pretty good start in the Semi but coming out of Turn 2 one person kind of lit it up and was sideways, and then one guy stopped, and then I had to slam on the brakes. I ended up stalling my bike, and it just spun around on me. I got run over and kind of messed up my foot a little bit. But, I was able to get back up and collect myself and got fifth in the Semi just to put it in the Main Event.

“In the Main, I started outside of Row 3. I got a good start after the red flag, and I think I came out of the first corner in fourth. I literally ran the whole race in fourth. Honestly, it’s a really good result for how the day went, but it’s kind of a bummer because I think we could have been in the hunt for the win if we were on the front row. But it’s all good. We salvaged a good position, and the championship is over, so I wasn’t stressing about trying to make passes or something. I was just out there having fun. We’ll give it another go tomorrow.” 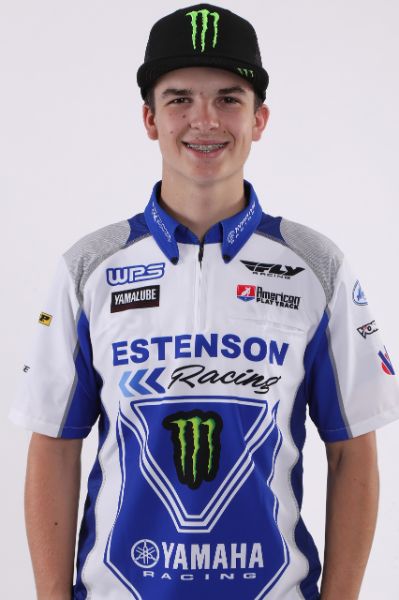 “We started off the day struggling a little bit with set-up, but then the track came to me in the Semi. I came from the outside of the third row and figured I’d go to the top of the middle of the track up in the cushion and made that work. I passed everyone and won the Semi; that was awesome.

“In the Main, I didn’t get the greatest jump off the line and kind of shut off early to settle in on the bottom, and another guy got into me and kind of pushed me wide. Then someone crashed, and I had nowhere to go. So I had to come from the back of the pack. All in all, the team did a great job with the bike, and I’m glad to get back into the top five. We’ve got something to build off of tomorrow, and we’ve got another shot at it. Hopefully, we can get up on the podium.” 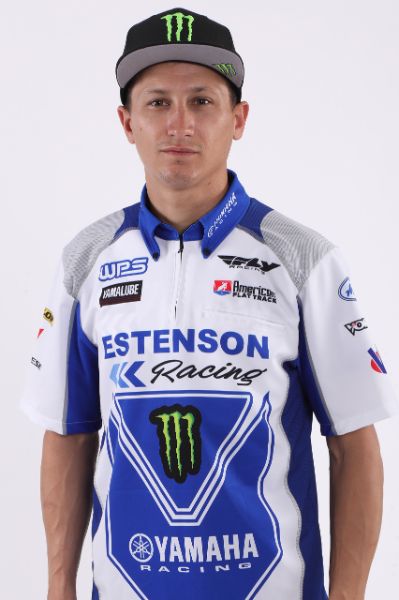 “It was a good race. We definitely struggled a little bit when we started the day out. We were just kind of off with the set-up and chasing it a little bit. We’ve done a lot of laps on a short track with this bike, but the dirt was just completely different, so what we had just wasn’t working. As the night went on, we got better and better. With the Main Event, we got a little lucky with the track because they dug it up a little bit, but as the race went on, it got a groove on it. When it was dug up, we could move forward a little bit, and then as the groove got real dark, it was working really good for us. I think coming from Row 4 to eighth was good. Hopefully, tomorrow we won’t be chasing the bike all night and we can qualify better and try to get up there even higher.” 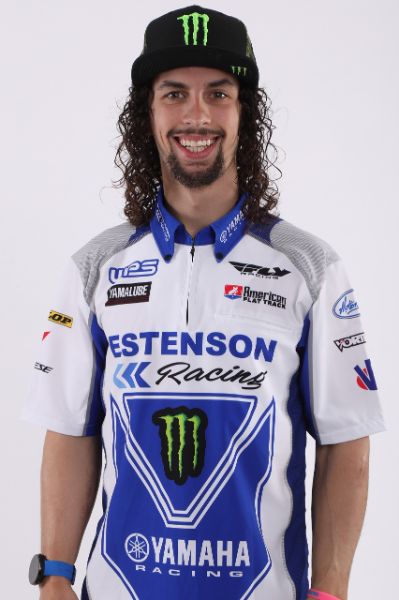 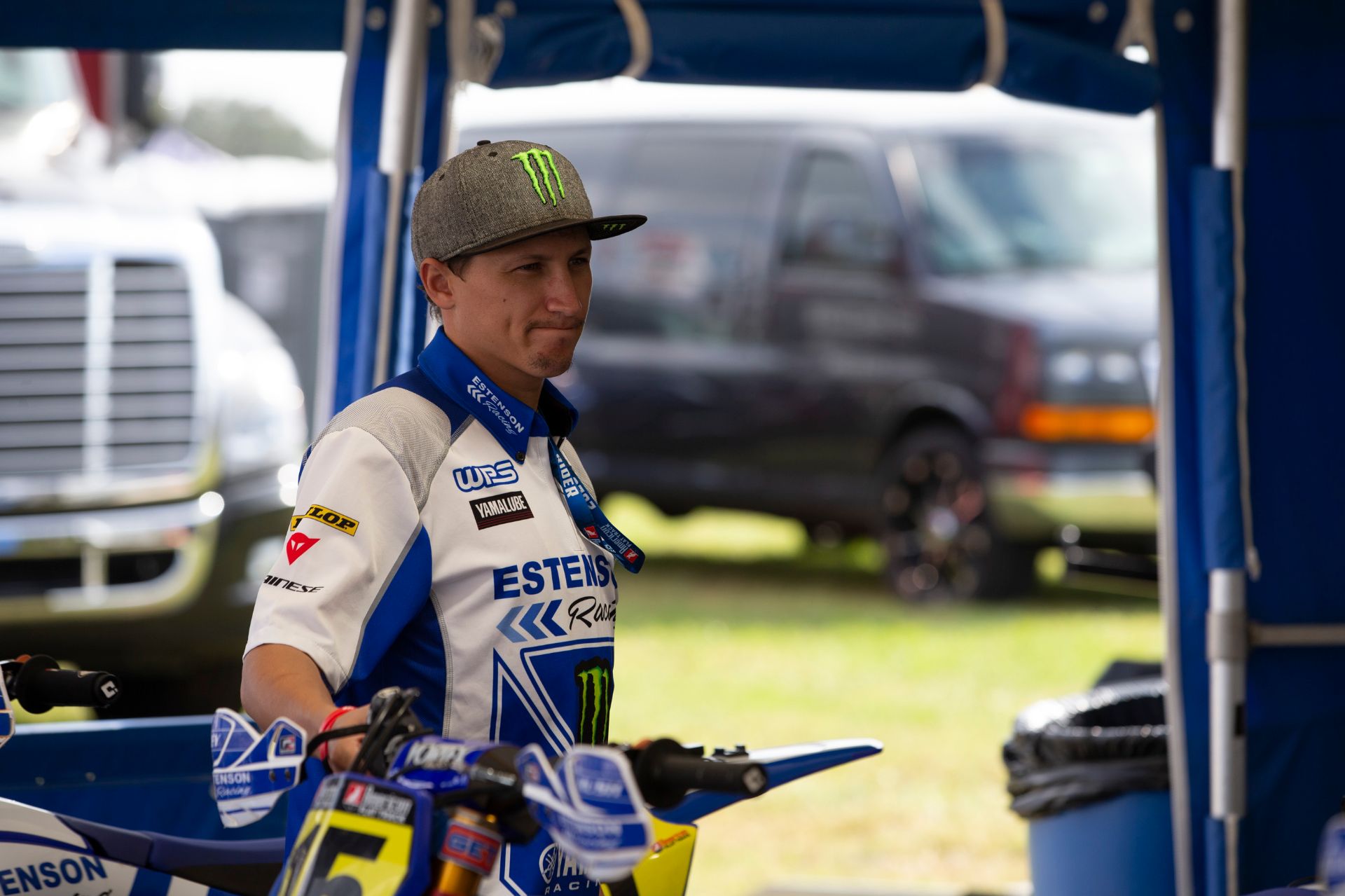