JD Beach and Jake Johnson came out swinging Sunday night in an AFT Twins Main Event thriller at the Buffalo Chip TT to score a spectacular 1-2 finish aboard the all-new Estenson Racing Yamaha MT-07 DT. It was solid day for the team as a whole with all four riders making the Main Event. Rookie Kolby Carlile crossed the line 12th for his best finish in the premier class, with Roger Hayden’s race ending early due to a technical issue after the jump.

It’s no secret that both Johnson and Beach love the TT tracks. The pair had the race marked on their calendars as one to look forward to, and it didn’t take long to see why. They were in top form straight out of the gate in qualifying and went on to win their respective Semi races, with Johnson on pole for the Main Event.

All season, the two-time Grand National Champion’s starts have worked in his favor. It was no exception at “the Chip” as Johnson rocketed off into the lead, and then went about building a healthy gap on the competition. Beach was unable to match his teammate’s stellar start and found himself back in fifth and fighting his way forward on a track where it wasn’t easy to make passes. As witnessed many times over, the dirt track/road racer fights to the finish. With about 2.5 laps to go, Beach worked his way up into the runner-up spot and went about chasing after his teammate. Before crossing the line at the white flag, he was right on Johnson’s heels, but it looked like it was going to be too little too late for Beach coming out of the last corner, until a technical issue with the No. 5 machine hurt his efforts in the drag race to the finish, giving Beach the win by .201 of a second.

Teammates Roger Hayden and Kolby Carlile also put forth a solid effort on the day, crossing the line fifth and sixth, respectively, in the Semis and making the Main Event. In just his third race with the team, Hayden and his crew continued to make progress on the bike throughout the day. He got off to a great start from 10th up to seventh. Unfortunately, a technical issue with the bike after the jump ended his race and a solid top-10 finish on the third lap. Carlile, who started the race next to Hayden on the second row in 11th, got shuffled back a position in 12th, and worked his way forward a bit, but in the end, 12th was his best effort on the day in what was only his fourth race in the premier class.

The night started out well. I won the Semi. The bike felt really good. Going into the Main Event, it was cool because Jake and I were starting one, two. He got a rocket start. I got off to fifth or so. This track was really hard to pass on. I knew I needed to make passes, but I was trying to stay calm, too. I just tried to make my way past guys and got up into second. I saw Jake out there, so I really started pushing and made up some ground on him going into the last lap. I was there, but not close enough. Coming out of the last turn, he kind of went wide. So I knew we were going to drag race. Then, right as we really started getting on the gas I heard his bike make some noises. I saw his bike slow down a little bit, and I got by him and won. It’s awesome to win, but to win like that sucks and to do that to Jake, I just hate it. He’s such a great dude. I didn’t want to see that happen to him. But it’s awesome, too, that the team went first and second.

"So it’s weird. It doesn’t feel like a win. It doesn’t feel amazing, but I think down the road, it will be cool. I’ve proven that I can win. We’ll just go to Peoria, I guess, and see what happens.” Yeah, it was definitely a heart-breaker. I guess, in all reality, I should have never let myself get into that position, and let it get that close. I felt good. I charged hard early and got the holeshot. I did what I needed to do. I got a good lead built up, but the track was getting slick. I had a couple moments where I was like, ‘Man, I’m not going to throw this thing on the ground with a three-second lead or whatever we had going.’ So I kind of just maintained and was checking the gap.

“I saw JD get into second and start taking some big chunks. On the last lap, he was right on me. So I just hit my marks, stayed protective and did what I needed to do. Coming off of turn four I thought, ‘All right, we’ve got this thing.’ Fifty feet before the finish, the thing just stopped going, and JD went whizzing by. For me, it sucks, but it was a great day for the team. All our Twins were in the Main Event, and to finish 1-2… Obviously we’ve had some good races and some bad races, so this was definitely a good one for the team. When JD won Arizona, it was a long time since a Yamaha won. Now Yamaha has won again and went 1-2. So it has probably been even longer since that’s happened. That’s cool. Like I said, I really would have loved to win that thing, but it could have been worse. It could have happened the lap before, and I could have finished 15th or something. 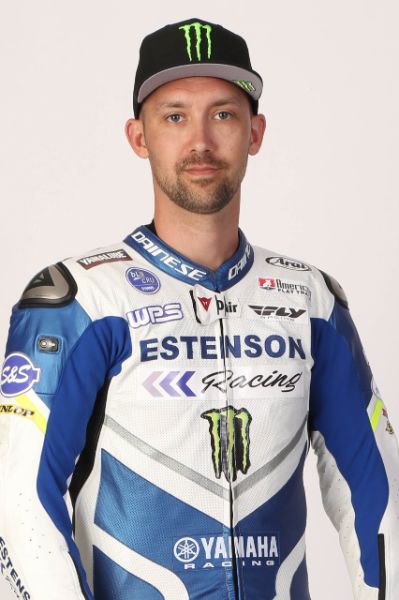 I was happy to make the Main. That was the goal. For some reason, I haven’t felt comfortable here over the past two years, so I’ll have to figure that out. Before the Main, we threw on a different setup and I felt quite a bit better in the Main Event. I was able to get a really good start in the Semi and capitalize on it. In the Main Event, I was a bit more timid. I didn’t get quite as good of a start. I just didn’t want another Arizona incident. I put in a solid 25 laps and gained a lot of experience. At the end, I kind of kept looking back because I had seen that JD and Jake were creeping up on me. I didn’t want to mess up anything they had going on. I was able to finish out the race, gain some more experience, and get some more data for next year. I’m happy with that. It was a roller coaster ride of a day, for sure. It didn’t really start out the best. The track was slick in a couple spots and I just wasn’t that comfortable, but we chipped away at it. Everybody on the whole team was pitching in to help me out. We made a big improvement for the Semi. In the Main Event, we made some more changes again and made another really big jump forward and I was running sixth or seventh. Then we just had a problem after the jump with the bike, which happens to a lot of people. So it was a bummer. The biggest disappointment for me was not being able to get more laps in and more seat time. But it was fun. From where we started, to be running sixth or seventh in the Main Event, was such a huge jump. I’m just so thankful for the team, all the mechanics and everybody who was pitching in to help me out today. I’m really thankful for that. Wells Charges Back to Finish Fourth at the Buffalo Chip TT

It was another roller coaster ride of a day for Wells. He won his Heat race in convincing fashion, but got caught up in a first-lap fray and got shuffled back to sixth. The purpose-built track at the legendary Buffalo Chip Campgrounds wasn’t easy to pass on, so he put himself at a disadvantage going into the Main Event with that sixth-place Semi finish. Even though he didn’t get the start he was hoping for in the Main, the 2016 AFT Singles champ put his head down and steadily worked his way through the pack to eventually take fourth place on the final lap.

Daniels had a tough day as a whole, but he was also undeterred. The 16-year-old finished sixth in his Heat race and eighth in the Semi. With no championship on the line, Daniels put everything he had into the Main Event. He got a good start going from 16th to 11th and worked his way into 8th by lap nine. Unfortunately, while trying to advance to another position, he found himself on the ground. Daniels was able to rejoin the race after the restart and once again worked his way from the back of the pack to finish 12th.

It was definitely an up-and-down day. We won the Heat race, which was awesome. Then, I felt really good in the Semi, but a rider cut the dang track and pushed me up wide and a bunch of people got underneath me. We were on the back row for the Main Event and got a miserable first start. I think I was 15th on the first lap, so I was just picking people off until the very end. To climb back up from that far back and to finish fourth and pass two people on the last lap, it was just awesome. It was probably the best I’ve felt in a long time, especially with not getting the race win. It was a super-big confidence booster. TT’s aren’t my type of track, so I’m pumped for the Black Hills Half-Mile. The day started out really not so good. I got a bad start in the Heat and I finished sixth, which gave me a second-row start for the Semi. I was able to barely squeak in and get the last transfer to the Main Event. Before we went out for the Main, everybody just told me, ‘Go out, have fun, you’ve got nothing to lose.’ I’m not in the points, and I was on the third row. So I was like, ‘Whatever happens, happens.’ I got a really good start and I was up in 10th or so, and I made a couple passes and was running 8th. I tried to make a pass on the guy in front of me. Our bars got together, and I ended up falling. I was able to get back up, restart, and come back 12th. I’m pretty disappointed with it. Everybody else seems to be happy but me. I was pretty disappointed because I think I had the speed to be top-five for sure. It’s just a learning process for me. We’ll carry this confidence into Tuesday and hopefully do better. 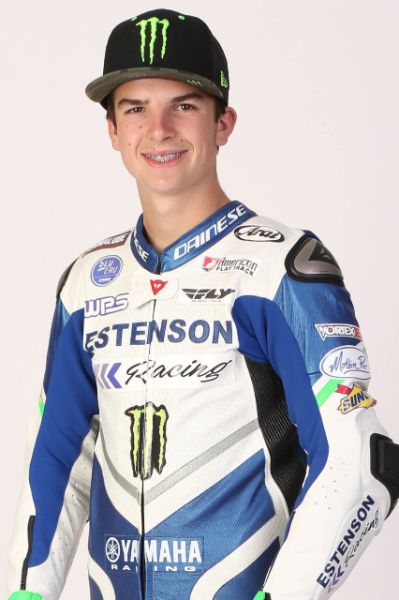