Franco Caimi has delivered a strong seventh-place finish for the Monster Energy Yamaha Rally Team on stage three of the 2021 Dakar Rally. Showing serious pace aboard his Yamaha WR450F Rally, Franco equalled his stage one result and returns to the top 20 in the provisional overall classification. Yesterday’s star performer, Ross Branch, sits in sixth overall following the completion of stage three with Adrien Van Beveren now ninth. Jamie McCanney posted his best stage result of the event so far with a solid 14th place finish.

Stage three of the 2021 Dakar Rally was a challenging loop stage located to the south of the bivouac near Wadi Ad-Dawasir. The 403-kilometre special within the 629 km stage featured a variety of terrain, combining technical canyons with sand dunes, linked together with high-speed sections that required all competitors to draw upon their skills and experience to secure a strong result.

Following a challenging stage two, Franco Caimi bounced back in fine style to secure seventh place on stage three of the 2021 Dakar Rally. Setting a competitive pace from the start of the 403-kilometre special, the Argentine rode superbly, passing each checkpoint comfortably inside the top 10. With yesterday’s frustration now behind him, Caimi is focused on the days ahead and goes into stage four confident in both himself, and his machinery.

Jamie McCanney has quietly put together a strong start to the 2021 Dakar Rally. Putting his full focus on his ever-improving navigational skills, the Manxman came away with a solid 14th place finish. Now, with his confidence boosted and with a much more positive approach to the coming days, Jamie is confident in delivering further mistake-free rides as the rally continues.

Adrien Van Beveren was incredibly consistent on stage three as he posted sector times just outside the top 10 throughout the special, despite not enjoying the higher overall speeds found on the third day of racing. Placing 16th and with the provisional classification now tightening up at the head of the field, Van Beveren remains among the leading riders in ninth overall and will enjoy an advantageous starting position for tomorrow’s stage four.

Setting off as the fourth rider to enter the third stage of the Dakar Rally, Ross Branch quickly caught up to the leading riders where he then faced with the unenviable task of opening the stage. With Ross focused on delivering another solid result to maintain his position as a frontrunner, he settled into a comfortable rhythm to ensure a strong finish. In claiming 17th after almost four hours of racing, Ross now holds sixth in the provisional classification.

Stage four of the 2021 Dakar Rally will be the longest of the event at 813 kilometres, ensuring plenty of time in the saddle for all competitors. After completing one of the shortest specials of the rally with a timed section of 337 kilometres, riders will arrive in the Saudi Arabian capital city of Riyadh.

I’m happy to have completed stage three. It was a fast stage, so making up time was difficult, but I’m pleased to have clawed back some of the time lost yesterday. Starting in 31st and riding through dust was difficult early on but I kept pushing and finished seventh, so this is good for me. I’m happy with my riding and my bike so the focus is now on the days ahead and catching up to the leading riders. I’m quite pleased with today. I wasn’t quite feeling myself after a difficult day yesterday so to finish 14th is great. I really focused on myself today. Through the dunes I put my trust into my roadbook and rode off the mainline and completely on my own at times, but it seemed to work out really well with no distractions. I could just concentrate on the job at hand and it paid off. I made no mistakes with navigation and I’m really happy with that so it’s good for my confidence knowing that I can ride my own race and secure solid results. 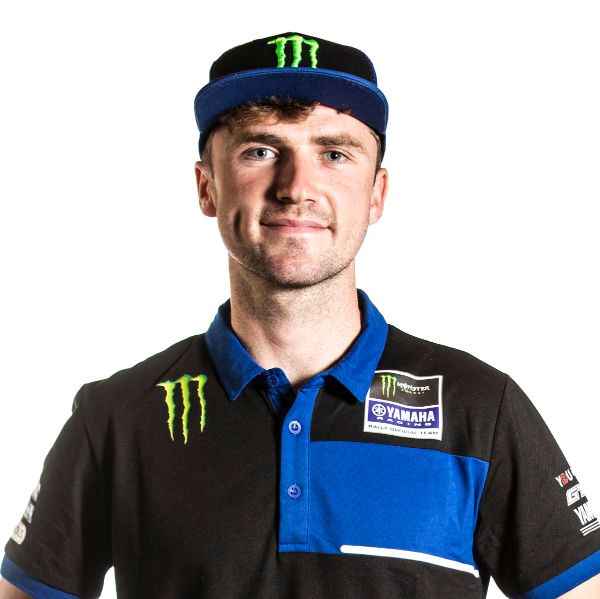 Today’s stage was quite fast but mixed with some technical slower sections. I’m happy with my riding though, consistent through the stage which is really important, so I am pleased with this. I focused on my navigation today and made no mistakes, so everything is going in the right direction. Tomorrow is another day and I’m looking forward to it.

It was a long day today but a good day. The navigation wasn’t as tricky as previous days so I was able to catch up with the leading riders quite quickly. Not the best stage result but we are still in the fight, in one piece and the times are close at the top so it’s far from over. I’m looking forward to tomorrow.

Today was a good day for the team. Nothing spectacular but we know that each day will change, good results one day followed by not so good results the next, but this is how this rally is. Ross did a great job today. Starting fourth proved challenging, as one with the leading riders you open the stage leaving tracks for others to follow. But for tomorrow, he can for sure have a good result again. Franco had a great day, great speed and was really consistent. He was able to claw back six minutes on the leading rider so this is very positive and shows what he is capable of. Jamie is slowing getting more confident. Yesterday was difficult for him but today he was mistake free with his riding and navigation so I am confident in him and he will get better and better as the rally progresses. Adrien is taking a slightly cautious approach this year which is a smart thing to do as there is such a long way to go. He’s really concentrating on his navigation to avoid mistakes and it is working. Overall, the atmosphere in the team is strong, the riders are happy, and we look forward to tomorrow.