Monster Energy Yamaha Rally Team’s Ross Branch was the ninth fastest rider on stage five of the Dakar Rally, comfortably maintaining his top 10 ranking in the provisional overall classification. Frustratingly, for the team’s remaining riders it was a difficult day with the results not being a true reflection of the speed and effort put in by Franco Caimi and Adrien Van Beveren. On the toughest stage of the event so far they were both hampered by unfortunate navigational errors while team-mate Jamie McCanney’s time in the rally was brought to an end as the Manxman encountered a technical issue halfway through the stage.

Setting off from Riyadh and heading north to Al Qaisumah, stage five of the 2021 Dakar Rally provided a very long and tough day of racing, with stage times for the leading riders exceeding five hours. Featuring mixed terrain with rocky tracks and challenging sand dunes throughout, patience was needed to deliver a mistake-free ride with many competitors caught out by the tricky navigation.

Ross Branch broke the mould on stage five by proving that it was indeed possible to open the stage with the leading riders and post a top-10 result. Setting off with a strong pace from the start, the Yamaha WR450F Rally mounted rider reached each waypoint well among the frontrunners, going on to complete the gruelling stage as the ninth fastest rider. In claiming top-10 results in four of the five stages now completed, Ross sits ninth in the overall provisional classification and will enjoy an advantageous starting position on stage six.

Enjoying a strong start to stage five and looking to re-enter the top 10 in the standings was Franco Caimi. Frustratingly, a mistake with his navigation early on the stage cost him dearly, leaving him with even more work to do. Playing into Franco’s hands though was the long and demanding stage. With riders competing for well over five hours, the Argentinian picked up his pace, charged to the finish, and ended the stage in 18th. Tomorrow will see stage six play out over rolling sand dunes and now, with a highly advantageous starting position, Caimi is well-placed to reach the halfway stage on a positive note.

Adrien Van Beveren was the 11th rider to enter stage five. With his beneficial starting position, the Frenchman quickly caught the leading riders until a navigational error cost the Frenchman just over 20 minutes. Following his mistake, Adrien was left with little choice but to charge hard in a bid to reclaim the lost time, going on to successfully complete the stage. Now, the recently turned 30-year-old looks forward to the sand dunes he’ll face tomorrow and will enter stage six in 23rd with his full focus being on making up for the time lost.

Showing many positive signs of progression during the 2021 Dakar Rally, Jamie McCanney was frustratingly forced out of the event following a technical issue on stage five, bringing his participation to an unfortunate end. In only his second appearance at the event, the Manxman had shown impressive consistency and already made huge improvements over his 2020 performance, posting top 20 results on each of the first four stages.

With five stages of the 2021 Dakar Rally now complete, stage six takes riders west to Ha’il and includes a 448-kilometre special set entirely within rolling sand dunes. Following the completion of the stage, racers will take a well-earned rest day on Saturday ahead of six further days of racing, beginning with the event’s marathon stage.

It was another long stage and day on the bike today. It was really hard work both physically and mentally but after a while I found myself in a group of riders, which made it a little easier. There were some big dunes towards the end of the stage, which were fun and it’s good to remain up front overall. Today was tough on the body. I’ll be resting well tonight and look to end the first week of racing on a positive note before the rest day on Saturday.

It was a tough stage for me today. I made a couple of mistakes that unfortunately that cost me a lot of time. It’s a shame but this is a long and demanding race. Anything can happen so I will just focus now on my riding and it’s onwards and upwards from here. Today was going really well for me but I made a mistake with my navigation and struggled to find a waypoint. It’s disappointing but these things happen. The important thing is that I am healthy, and tomorrow’s stage in the sand will be good for me. I believe I can make up a lot of the time and then we will have a rest day to regroup our focus on the second week of racing.

What we have seen today is that in Dakar a good day can followed by a not so good day. There is an obvious highlight for us, that Ross is going really well. It’s only his third Dakar and he has been riding exceptionally well on every stage. He’s only 11 minutes behind the race leader and very well placed among the leading riders. He has been very impressive and remains both highly focused and set on continuing to be among the leaders. Unfortunately, both Adrien and Franco had a tough day today, making mistakes and losing valuable time. This is how the Dakar goes sometimes, this is racing, there are many stages ahead and anything can still happen. They have less pressure now and they both look forward to tomorrow’s stage. It will be very much in the sand so there is a big opportunity for them to make up their lost time. Sadly, Jamie had a technical issue and is unfortunately out of the rally. I’m so disappointed for him but I am really impressed with the progression that made this year. He was consistent and smart and it’s a big shame. From here, we remain positive. Ross is doing really well and we will take it day by day as a team. There is still a long way to go and we look forward to tomorrow. 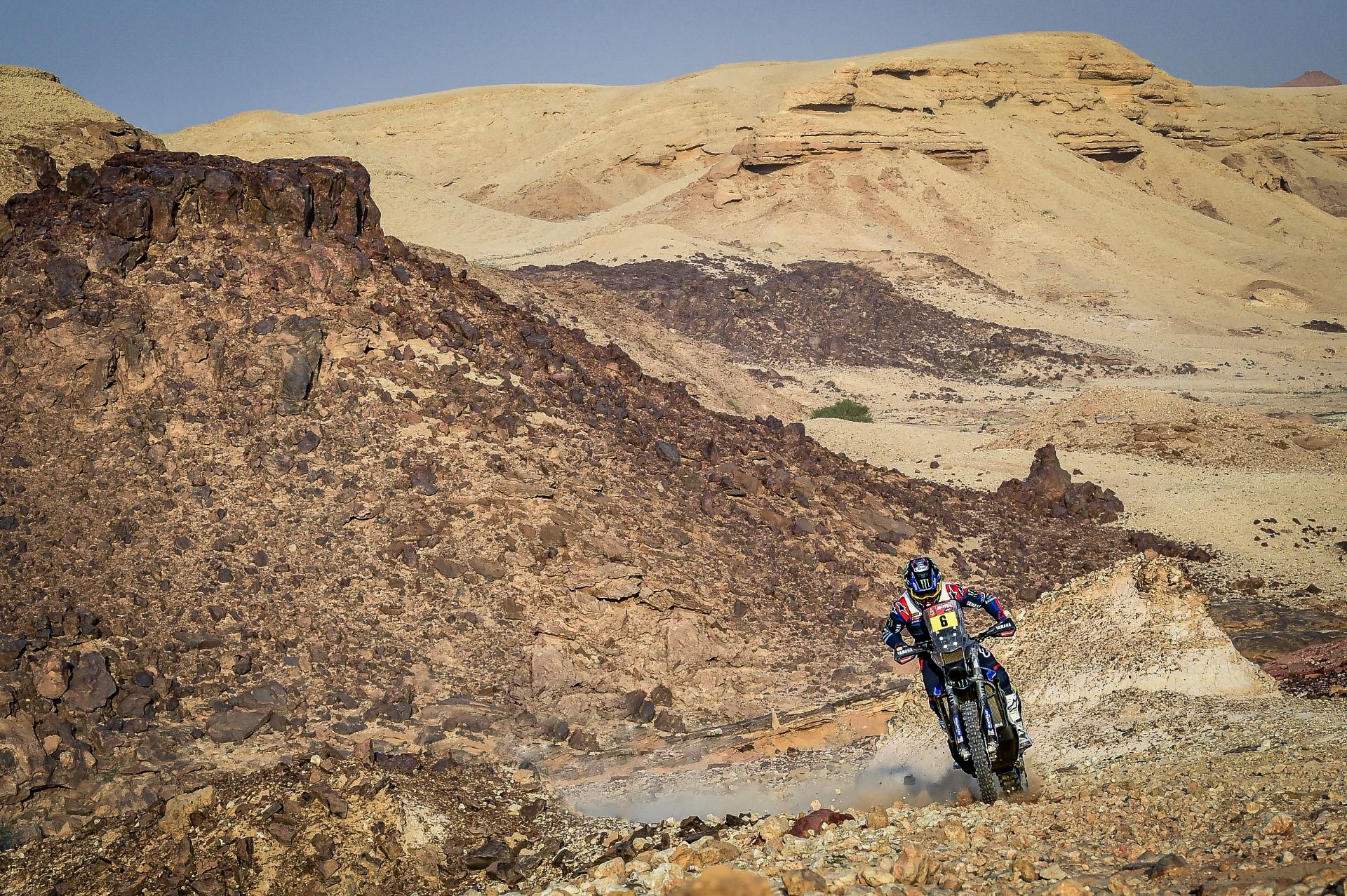