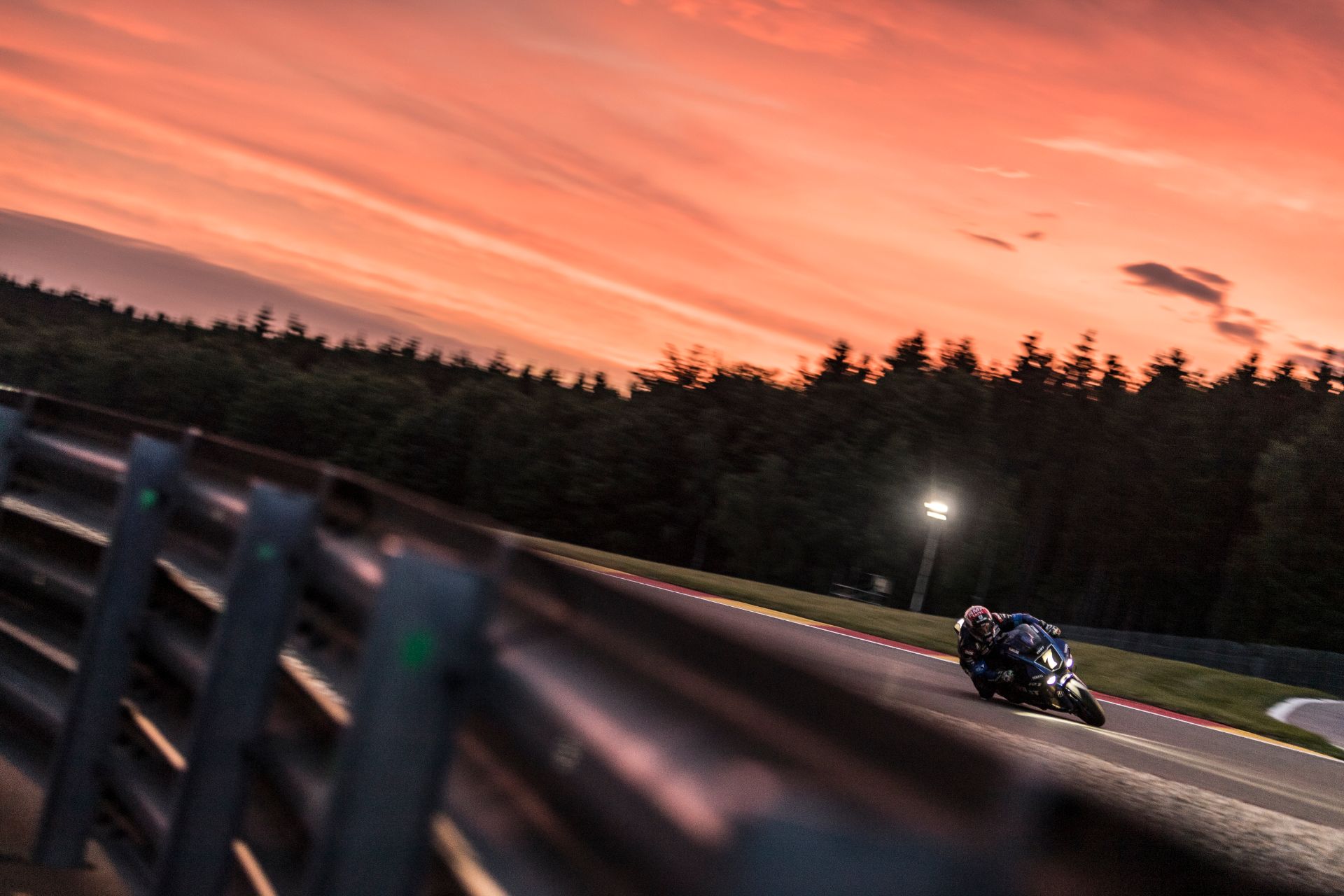 The Yamalube YART Yamaha Official EWC Team suffered heartbreak at the Circuit de Spa-Francorchamps as a technical issue forced them to retire from the lead after 18 hours at the 24H SPA EWC Motos, Round 2 of the 2022 FIM Endurance World Championship.

It was an unfortunate end to what had been an encouraging week in Belgium as the EWC returned to the legendary spa circuit for the first time since 2001. However, a forecast of thunderstorms at some point during the race meant it would never be straightforward. The YART Yamaha team had qualified on pole after Karel Hanika set a new lap record in qualifying on Friday, and it was Marvin Fritz who got them off to a superb start when the race got underway on a sunny Saturday afternoon. The former IDM Champion was involved in a captivating five-way battle for the lead for the whole of his first stint before handing the bike over to teammate Niccolò Canepa who continued the fight.

After the first two stints, it became clear that there was a slight electrical issue with the YART R1, but Hanika kept on pushing, and after three hours, just nine seconds were separating the top three. Fritz took up the baton, bravely riding through the pain barrier after picking up a wrist injury in a crash during Thursday’s Free Practice. When the German rider handed the bike over to Canepa for his second stint, the Italian was forced to return to the pits after just one lap due to a faulty speed sensor on the front wheel, which was the cause of the electrical issue they were suffering from. 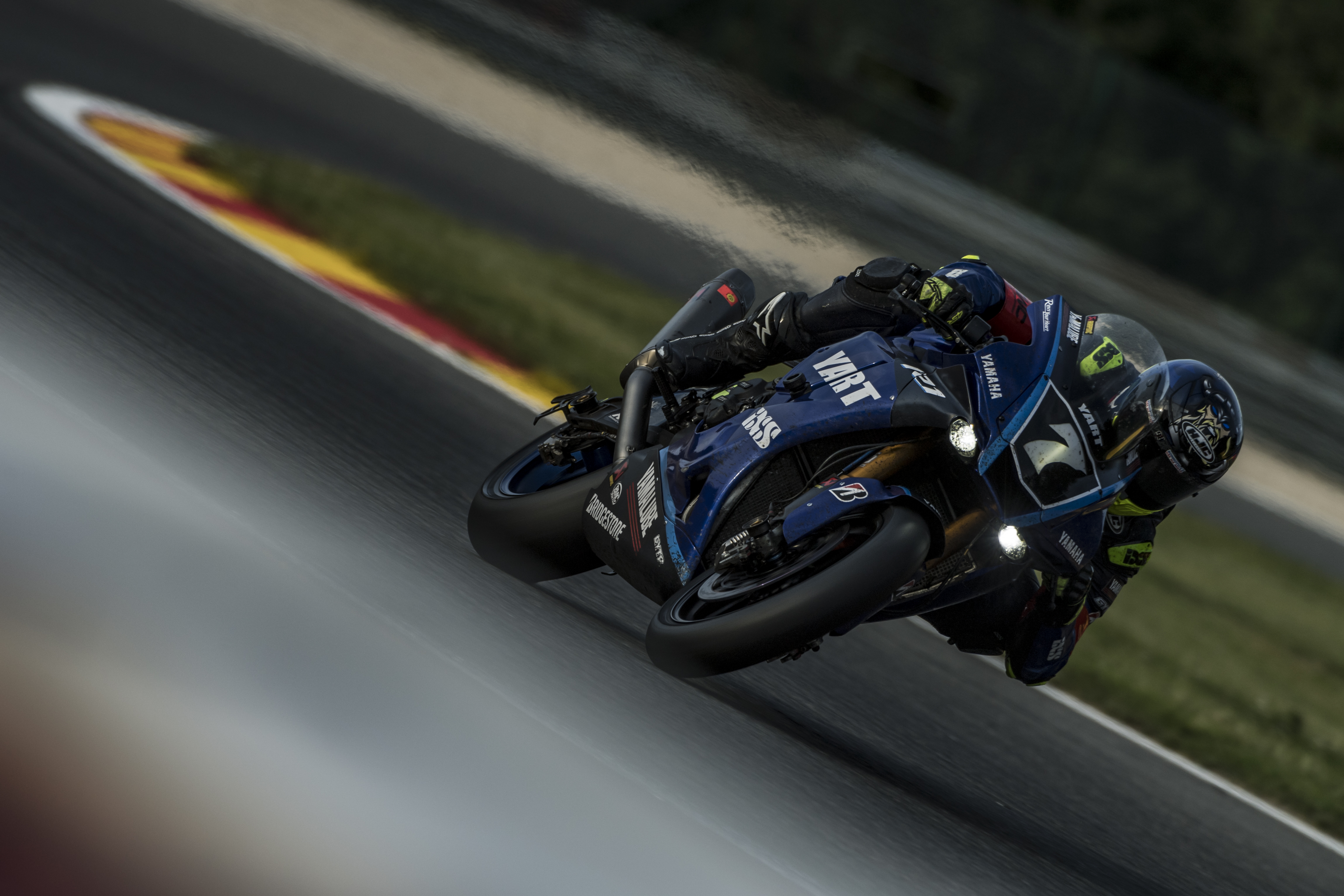 Re-joining in seventh, two laps down on the leaders, Canepa and his teammates mounted a tremendous comeback. Taking on the challenging Spa circuit in style and consistently lapping faster than their rivals, they had recovered to fourth position by hour six. Each rider kept up the pressure as night fell around the iconic track, not putting a foot wrong and hitting every marker as they clawed back time to the leaders, and with ten hours gone, they were in third and closing every lap on the bikes in front.

The Austrian squad maintained this momentum, and after 16 hours, they were up to second place on the timing screens. Redoubling their efforts, the team started to close down the leaders and Fritz was involved in another battle royale at the front once more after a sensational fightback. Canepa took over on track just as the forecasted rain started to fall, and sensing his moment, the 34-year-old pushed in the mixed conditions, opening up a 12-second lead before disaster struck. A technical issue with the R1 meant that he had to pull over to the side of the track. Despite his and the team’s best efforts to get the bike back to the box and running again, it was not to be, and they were forced to retire from the race, having completed 454 laps around the 6.985km circuit. 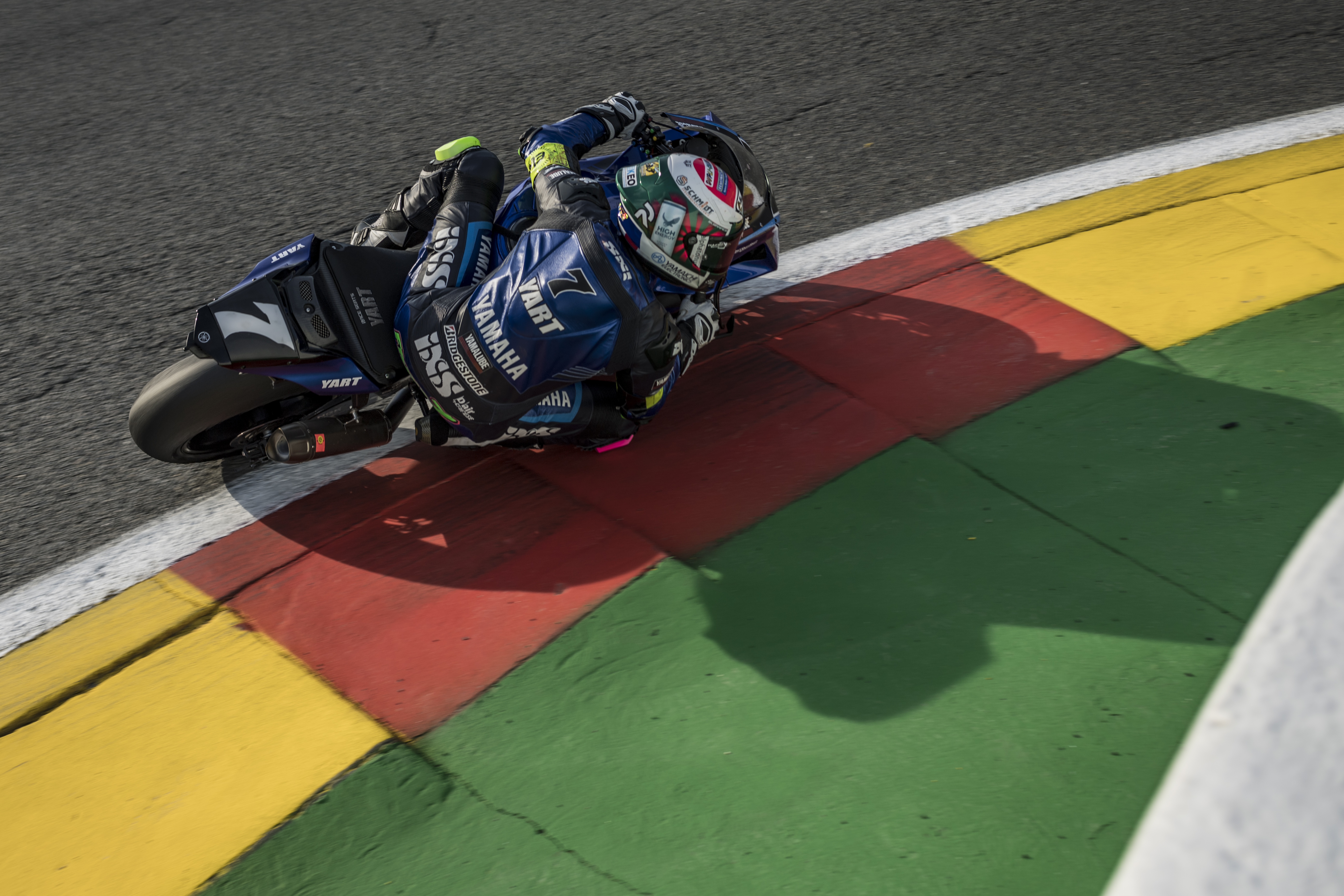 It was not a complete disaster for the YART Yamaha team because not only did they show exceptional pace, but they also secured 21 championship points. They were awarded five for qualifying on pole, another seven for being placed in fourth at the eight-hour mark, and nine more as they were second when the clock hit 16 hours. This means they are currently third in the overall EWC Standings with 76 points, 30 points off the leaders with two rounds still to go.

Torrential rain and oil on the track saw the race suspended in the 21st hour, but proceedings were restarted behind the safety car with 15 minutes to go, and the Wojcik Racing EWC Team led the way for Yamaha by finishing in fifth. The Viltais Racing Igol Team put in a strong performance to end the race in sixth, and just one lap further back was Team Moto Ain who secured seventh. TEAM LH Racing made it four Yamaha’s in the top ten as they won the Superstock class and secured eighth overall. Maco Racing saw the chequered flag in 14th, while the 3ART Best of Bike team, unfortunately, had to retire after 320 laps.

One thing is for sure; the Yamalube YART Yamaha Official EWC Team will come back stronger and ready to fight back at the historic Suzuka 8 Hours on the 5th-7th of August, as the EWC returns to Japan for the first time since 2019 for Round 3 of the 2022 FIM Endurance World Championship.

“Obviously, we are sad with this result. Honestly, we did not put a foot wrong all race and the whole team performed superbly. We were the fastest pretty much throughout the entire race until we retired. The whole team worked brilliantly to recover from the sensor issue, and at no point did we give up. We took the lead and looked comfortable, but then we suffered the technical issue. We will keep our heads up and move our focus straight onto the next race in Suzuka because we showed everyone just how fast we can be here, and we will never give up.”

“We should feel very proud of ourselves. The whole team did an incredible job, and unfortunately, we didn’t get what we deserved, the victory. It was frustrating because we had fought back so well and had just taken the lead. I love riding in mixed conditions, and as soon as I saw the rain flag, I knew I could push and open up a gap as I was five seconds a lap quicker than the rest. Unfortunately, the bike suffered a technical issue, and our race was over. We will try and take the positives from this result, and one thing is for sure, the championship is not over yet. We are really looking forward to returning to Suzuka for the first time in three years; it is one of the biggest races in the world, so we will focus on that, and I hope that I can secure my first podium there.”

“We gave our all out there. The whole team showed incredible fighting spirit to recover from the sensor issue. We made up over three minutes, and we also had three more pit stops than our main rival, which shows just how good our potential is. Of course, we don’t deserve to miss out on victory, but this can happen in endurance racing. We didn’t make any mistakes, we pushed to the limit for the entire race, and we still secured 21 championship points. Obviously, it is very frustrating to end the race in this way, especially when we had just started to open a gap at the front. We will come back fighting at Suzuka, and the season is not over yet.”

“Today’s result was tough to take because the team did not put a foot wrong and fought back superbly from the sensor issue we had at the start, but this is endurance racing. Sometimes you need a bit of luck, and today we did not have that. It is a shame, as we had just taken the lead, and Niccolò was already opening a big gap at the front. We will take the positives from the weekend. We showed just how quick we can be and also managed to secure 21 championship points. Obviously, we would have preferred more points, but we will now turn our attention to Suzuka in a month and take confidence in the fact we performed so well here.” 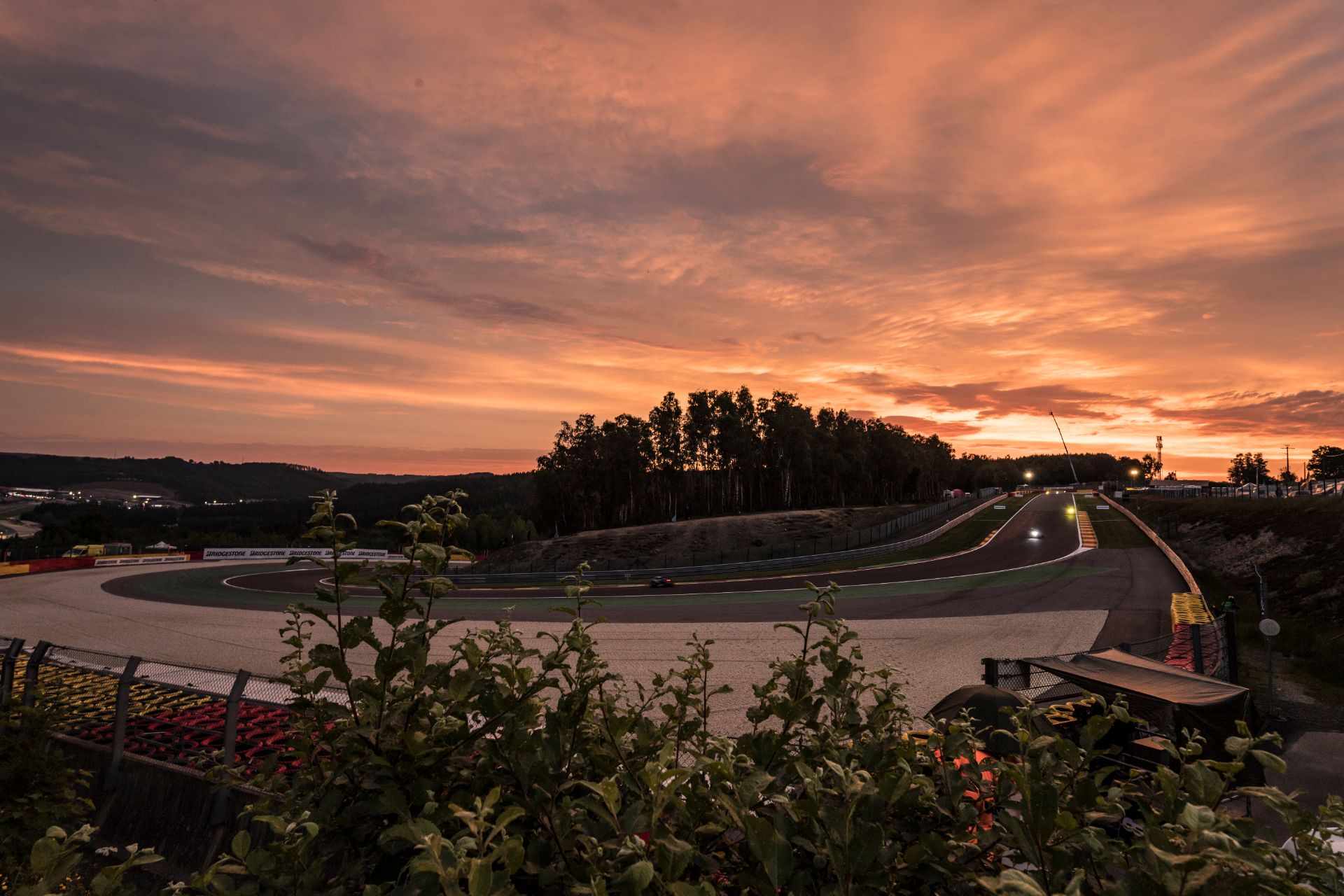