VIP Pass: Season 2 Episode 2 – From Joy to Despair for YART Yamaha at Spa VIP Pass: Season 2 Episode 2 – From Joy to Despair for YART Yamaha at Spa

VIP Pass takes you exclusively behind the scenes with the Yamalube YART Yamaha Official EWC Team to give you an inside look at endurance racing. In this latest episode which premieres on YouTube at 7 pm on the 6th of July, relive the ups and downs of the Spa 24H EWC Motos that saw the team mount an incredible fightback, only to be denied victory by a late retirement.

Launched in 2021, each episode of VIP Pass gives you unfiltered access to the YART Yamaha Team, allowing you to experience all of the drama, action, and emotion first-hand as they compete in the FIM Endurance World Championship. Episode 2 of Season 2 features exclusive interviews, insights and never before seen footage of riders Karel Hanika, Niccolò Canepa, Marvin Fritz, Robin Mulhauser, and Crew Chief Andrew Pitt, along with Team Principal Mandy Kainz as the EWC returned to the legendary Circuit de Spa-Francorchamps for the first time since 2001.

Episode 1 covered the Austrian squad’s superb start to the season with a second-place finish at Le Mans, while in this second episode, we follow them as they head to Belgium for Round 2, full of confidence and trailing the championship leaders by just eight points. Having once been a mainstay on the EWC calendar, Spa welcomed World Championship motorcycle racing back to the circuit for the first time since 2001, meaning it was unknown territory for most EWC teams. Add to this a weather forecast of thunderstorms, the difficulty of racing at a new circuit, plus the fact sixty-five points are up for grabs at a 24-hour race, and the pressure was on. 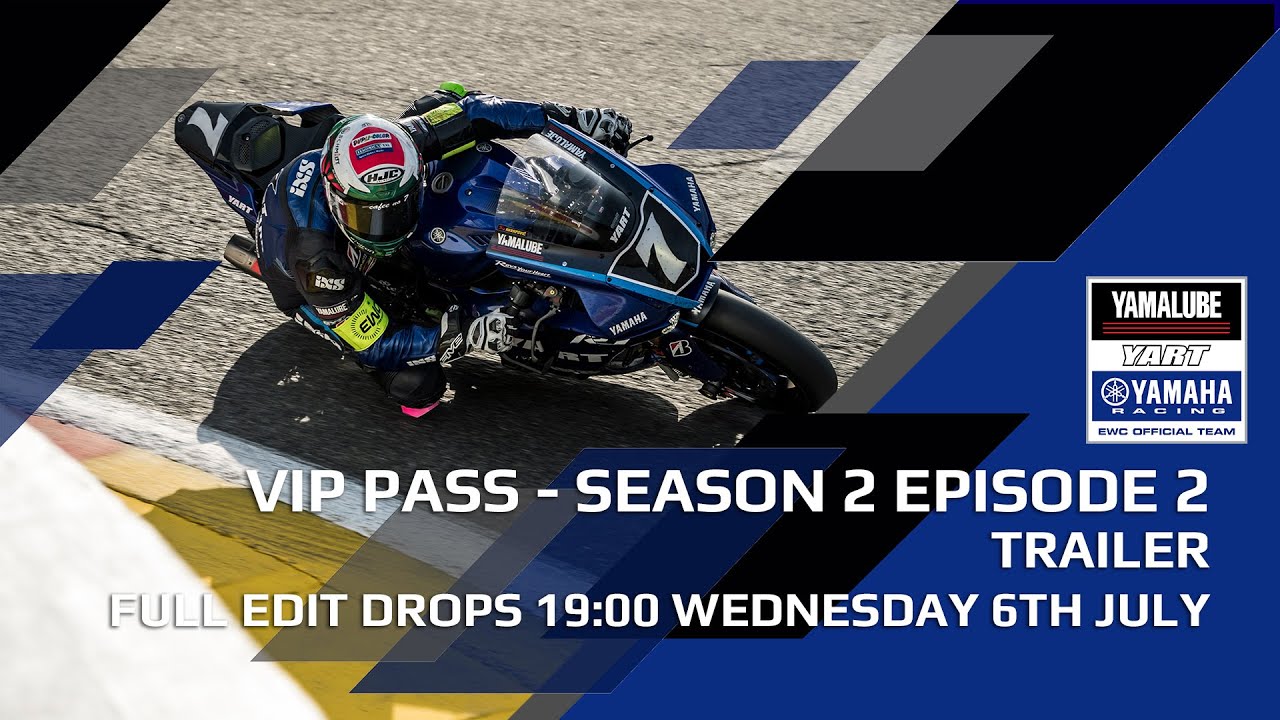 VIP Pass explains how Fritz used his experience of the circuit to get his teammates up to speed during the official Pre-Test and the unique challenges a track like Spa presented to the team as they prepared to fight for victory at the iconic circuit for the first time. Discover how a crash for the German rider in Free Practice led to him having to ride injured for the rest of the weekend and how the team responded under pressure to get the bike ready in time.

Witness a great example of the teamwork that is crucial in endurance racing as the team secure their second consecutive pole position as in EWC, only the fastest two rider’s times count towards the official qualifying classification, and there are a limited number of tyres are available. Therefore, after his free practice crash and feeling a bit battered and bruised, Fritz selflessly sacrificed his chance to set a quick time during qualifying to allow his teammates to use fresh tyres.

Follow the action from one of the most exciting starts in the history of endurance racing, with an incredible battle at the front taking place over the first few hours before a speed sensor issue on the YART Yamaha R1 meant they had to pit, losing two laps to their rivals in the process. Experience every moment as the team mounts a sensational fightback during the night that saw them lead the race after 18 hours, just as the forecasted rain started to fall. Feel all the raw emotion as a technical issue forces the team to retire from the race with a thirty-second lead, denying them the chance for victory.

This final VIP Pass episode of 2022 gives you a real insight into the hard work, determination, and effort that goes into the emotional rollercoaster that is a 24-hour endurance race and why the result was so heartbreaking for the Yamalube YART Yamaha Official EWC Team. Despite being forced to retire from the race, due to qualifying on pole and the team’s position at the eight and 16-hour marks of the race, they managed to secure 21 vital championship points and head to the next round, the Suzuka 8 Hours on the 5th-7th of August, 30 points behind the leaders, with all still to play for.

Click here to subscribe to the Yamaha Racing YouTube channel, so you don’t miss the premiere of VIP Pass: Season 2 Episode 2 at 7 pm CEST on Wednesday the 6th of July.