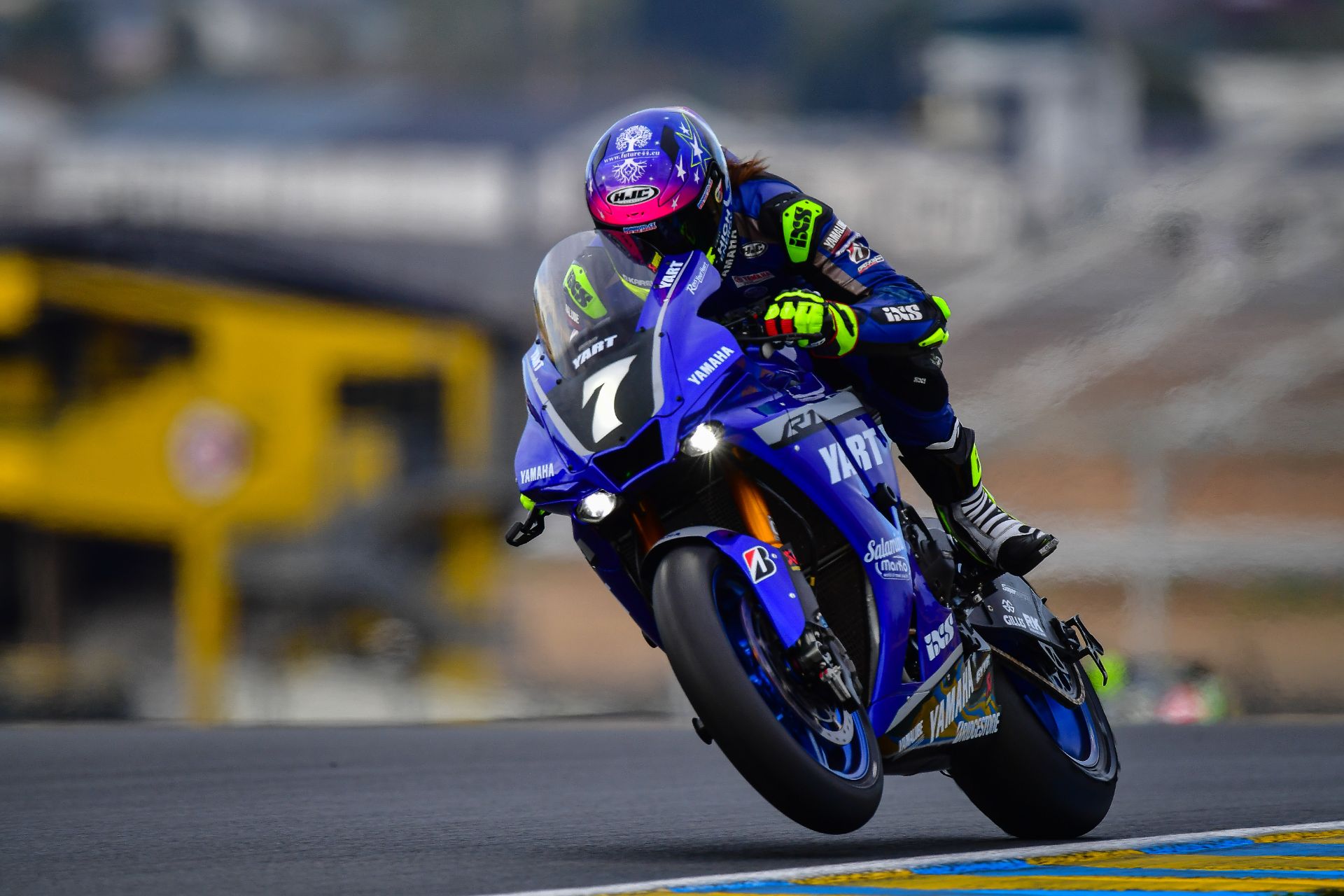 The Yamalube YART Yamaha EWC team of Niccoló Canepa, Karel Hanika and Marvin Fritz are fired up and raring to go ahead of the season finale of the 2019/2020 Endurance World Championship at the 12-hour of Estoril, Portugal.

The team come into the final round full of confidence after another stunning comeback in the Le Mans 24 hour at the end of August. The team recovered from an early crash to finish fourth, picking up 39 points, putting them well within contention of the championship at this weekend's event.

Returning to Estoril for the first time in over 20 ­years, the FIM Endurance World Championship will face a 12-hour race at the technical track. The 2.5-mile circuit features 13 corners including two hairpins, a 985-metre long front straight and significant elevation change, which will test both man and machine as they battle it out for the 2019/2020 EWC title.

The highly experienced YART Yamaha trio are no strangers to the Portuguese circuit. The 2016/2017 EWC champion, Canepa, finished 13th in the 2009 MotoGP race on the Portuguese Riviera whilst Hanika rode to a brace of third-place finishes in the 2012 Red Bull Rookies Cup. Former IDM National Superbike champion, Fritz, is the only rider to not have ridden the Estoril circuit and is eager to get on track for the first practice session.

45 points behind championship leaders Suzuki Endurance Racing Team, YART are revved up to fight for the title this weekend with a maximum 67 points on the table across the weekend.

The Wòjcik Racing Team come into the final round fresh from a seventh-place finish overall in Le Mans. The team's performance in France claimed them the EWC Dunlop independent trophy and will be aiming for independent glory this weekend. Currently, the Wòjcik team lies fourth in the independent championship standings, 11 points adrift of the Moto AIN team in a Yamaha top-four lock-out. The team will field Gino Rea, Broc Parkes and Sheridan Morais this weekend with the South African replacing Axel Maurin.

Yamaha heads into the final round of the series on top of the manufacturers' standings, 33 points clear of Suzuki in second. The Iwata manufacturer also holds a 22-point advantage over Suzuki in the FIM EWC World Cup manufacturers’ classification.

Once again, points are on offer for qualifying and after the opening eight hours of the race. YART claimed pole position in Le Mans and will be aiming to repeat their one-lap performance in Estoril. The race will also award 52.5 points to the race victors, making the season finale one of the most competitive finales in a long time.

The final round of the 2019/2020 EWC season kicks off on Thursday 24th September, with private practice sessions getting underway at 09:00 local time. Qualifying begins on Thursday afternoon, with the final sessions taking place on Friday from 09:00. The 12-hour finale will get underway on Saturday at 08:30 and will finish at 20:30 when the 2019/2020 EWC champion will be crowned.

“I am looking forward to the last race of the season because we were really unlucky in Le Mans, as I think we deserved a victory; but we came out with fourth, so we need a good result to end the season in the best way. We are still in the fight for the championship, it will be tough because the gap between Suzuki and us is large, but we’re still within a chance, it’s still possible. Unfortunately, from second to seventh, it’s very close, so it’s possible to finish out of the top five, which is not what we want to do. We need a good race and hope to end up fighting for the championship, that is our target after the bad luck in Bol D’or and Le Mans.

“Luckily, Estoril is a circuit that I know; I raced there ten years ago in MotoGP, so it’s a bonus that I know the track. We have a lot of track time, and I think it’s a track that will suit our Yamaha YZF-R1. I’m looking forward to getting there and start racing.”

“After we finished fourth at Le Mans a few weeks ago, we are really hungry to fight at Estoril for the win. Our package is great, we have a really strong team, and on paper we look good. Let’s see, the circuit is new for most of the riders, like for myself also. But I’m good at learning new tracks, and I already can’t wait for FP1. We still have a chance to claim the world championship there, but we are focusing on winning the race. Then we will see where we are at the end of the race in the championship.”

“I’ve been racing since Le Mans on an R6 in the IDM National Championship, so it’s going to be different again jumping back on our R1. I’m looking forward to it because in Le Mans, every time I jumped on the bike, the feeling was great. Luckily, I know the circuit, I rode there on a 125cc two-stroke so it will be a bit different, but at least I know the circuit layout. The 12-hour finale won’t be easy because the track has a long straight with lots of technical corners; but I think between myself, the team and my team-mates we can be strong and fight for the win in the finale.”

“We head to Estoril for the final round of the season, for two of our riders it’s a relatively new circuit; Karel has ridden there in the past, a long time ago, so both himself and Marvin will have to learn the track. Niccoló has ridden there before, although that was a long time ago in MotoGP, anyway I feel like we’ll be competitive there. We didn’t know Sepang too well and ended up winning the race!

“Estoril will be an action-packed race because everyone has little to lose, and to be honest we’re not looking at finishing second, third, or fourth in the championship, we’re looking at the title. We will need a lot of luck on our side and some bad luck for our rivals, but as you’ve seen in the past, championships have been won and lost in the final few minutes, especially given the current standings, second down to sixth is so close! In a way, the season finishes at midnight next Saturday, that way we know for sure where we finished the season!