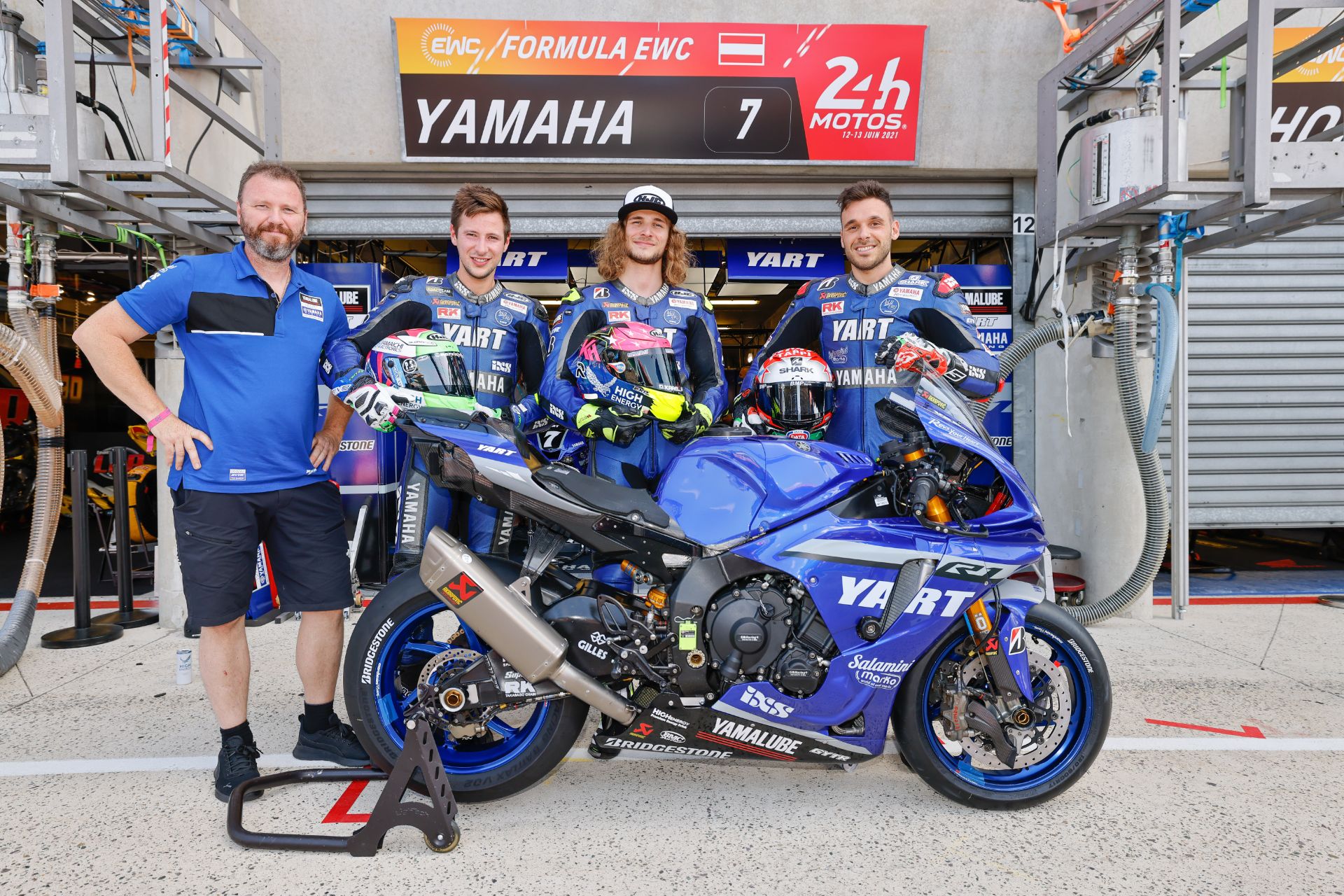 Karel Hanika, Marvin Fritz and Niccolò Canepa have claimed pole position for the 44th edition of the Le Mans 24 Hour this weekend, setting a combined time of 1:35.804 to go 0.147 seconds clear at the top of the timesheets. The pole position also awards them with five valuable championship points.

YART Yamaha have claimed their second-consecutive Le Mans pole position after a sublime effort from Karel Hanika, Marvin Fritz and Niccolò Canepa saw them end qualifying just over a tenth clear of second place with a 1:35.804

Six tenths faster than anyone in practice on Thursday morning, the official Yamaha EWC Team got their qualifying underway on Thursday afternoon and were quick out of the blocks. Hanika stormed to the fastest time of the day in the opening session, setting a 1:36.018 to claim first position in the blue riders’ session.

Fritz was next up and, using the same tyres as Hanika, put in a time of a 1:36.395 in session that was interrupted by a red flag. Second position for the German put YART Yamaha in contention to claim provisional pole with just Canepa left to run. Just like team-mate Fritz, the Italian remained on the tyres the team started the session with and despite having less grip, Canepa recorded the third fastest time and saw the team finish the first qualifying in second, just four thousandths behind SERT.

With fresh tyres at their disposal for Friday morning’s cooler qualifying session, YART wasted no time as Czech rider Hanika opened the day’s running. His first lap was good enough for second place but dropped to fourth after a pit stop. Back out on fresh rubber, the 25-year-old immediately picked up the pace, setting the team’s first sub 36 second lap of the event with a 1:35.732, 0.153 seconds quicker than his rivals and just two thousandths shy of the lap record.

With a successful first session completed; the number seven Yamaha was in the hands of Fritz once again as the second session got underway. The German rider took a steady approach to his first few laps but by the mid-way point of the session he had jumped up to second place with a 1:36.405. His next lap was even better, joining team-mate Hanika in the 1:35’s, enough to end the session 0.056 seconds shy of the top spot.

Niccolò Canepa made it a hat-trick of 1:35 lap times as he powered the R1 to first in the red riders’ session. The Italian flew to the top of the timesheets by over three tenths of a second, setting a remarkable 1:35.831 to help his team take back-to-back poles in Le Mans and their third pole in a row.

With all three riders on lap record pace, and the only squad to have all three of their riders under the 1:36’s in qualifying, the team are confident ahead of the FIM Endurance World Championship season opener following strong performances in both the day and night practice sessions.

The VRD IGOL Expériences team also had a strong showing in qualifying. Florian Alt, Florian Marino and Nicolas Terol recorded the fifth fastest time and will start the race as the second highest Yamaha team.

The 44th Edition of the 24 Heures Motos commences at noon on Saturday, June 12th.

“I’m very happy with our work so far this week, we have showed good pace in both race runs and one lap speed and we earn first five points for the championship! We need to stay focused for the race because the conditions are going to be tough with high temperatures which will be more demanding for both the riders and Bridgestone tyres. But we will try to concentrate on ourselves and keep going lap by lap and hopefully be in a good position for the end of the race.”

“We had a great qualifying, but it’s only qualifying and we have a long 24-hours ahead of us. We chose to use one set of tyres on Thursday because we knew our time would come in the second qualifying session on Friday morning. We were the only team to have all of their riders lapping under the 1:36’s which is really good. We are much quicker than last year which shows the great work the team have put in over the winter. We are very well prepared for the race, we need to work out who will start between me and Karel and then we can go from there. We need to make sure we stay focussed on our own race, stay concentrated, bring home some good points and hopefully a trophy!”

“This pole position is special to me after my injury. It’s so nice to be this fast and competitive, so I’m really happy. It was great to claim pole because we get five points for the championship and every point counts in EWC. Now we focus on the race, we know we’re quick and I think the night running will be our best chance to demonstrate our potential with the bike and the Bridgestone tyres. I hope I will be okay to run the full race and fight right till the end.”

“Qualifying was good, yesterday we used one set of tyres because we knew the cooler conditions for the second session would suit us better. All three riders were within a tenth of the lap record, Karel missing out by just two thousandths of a second! This is really promising because we didn’t use qualifying tyres, just soft race tyres and immediately the riders were fast. We are confident for the race, two consecutive poles here in Le Mans is good but we need to try and take more from it compared to last year when we unfortunately crashed and finished fourth. But we are happy, pole in Le Mans, Estoril and again this year in Le Mans; this is the maximum we can do! The race will have its own rules so we’ll have to see the outcome. We have the best bike, the best tyres, the best three riders and hopefully the best luck. We’re very happy that Niccolò has returned to his old self, he is very fast and looks in good shape for the race.” 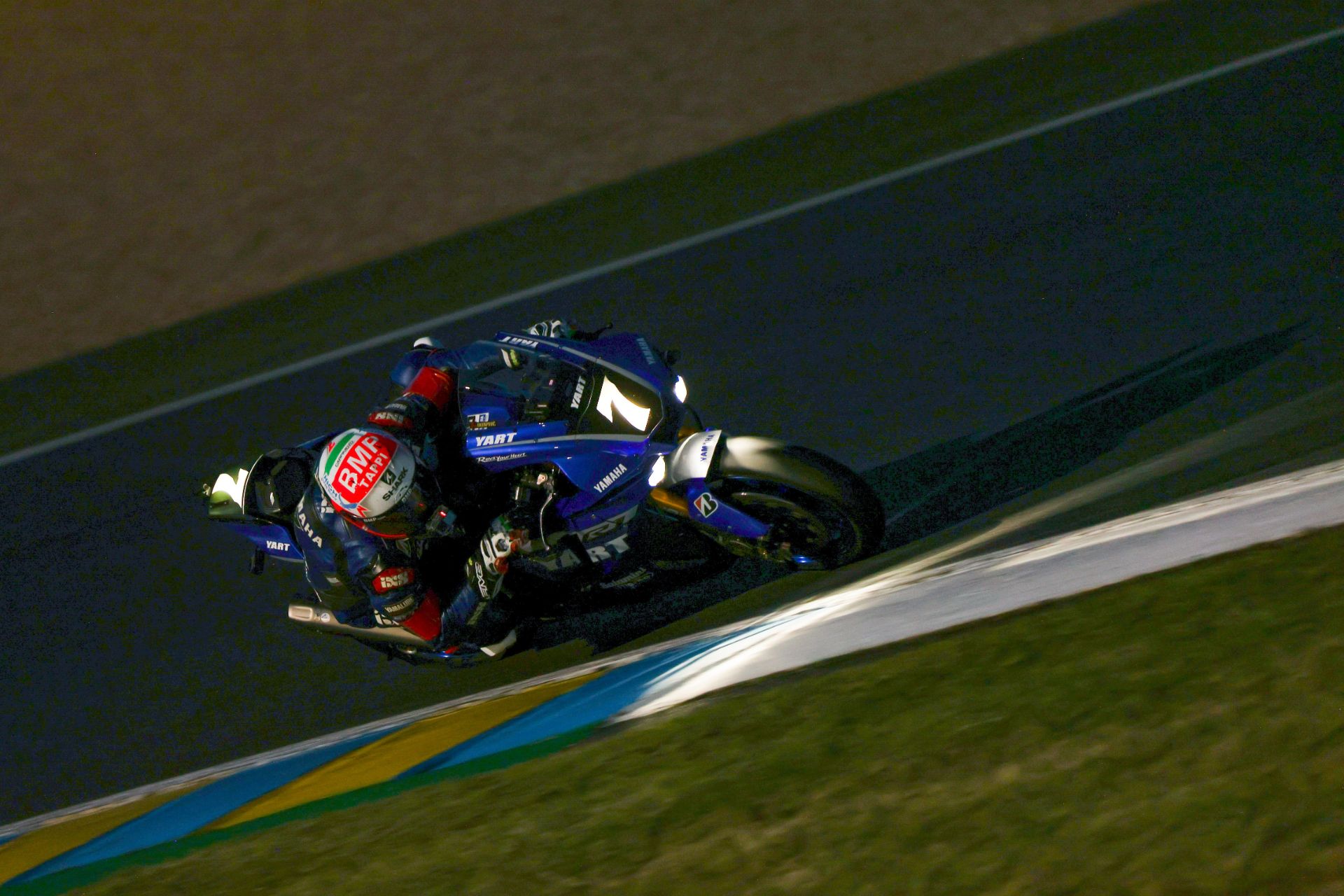