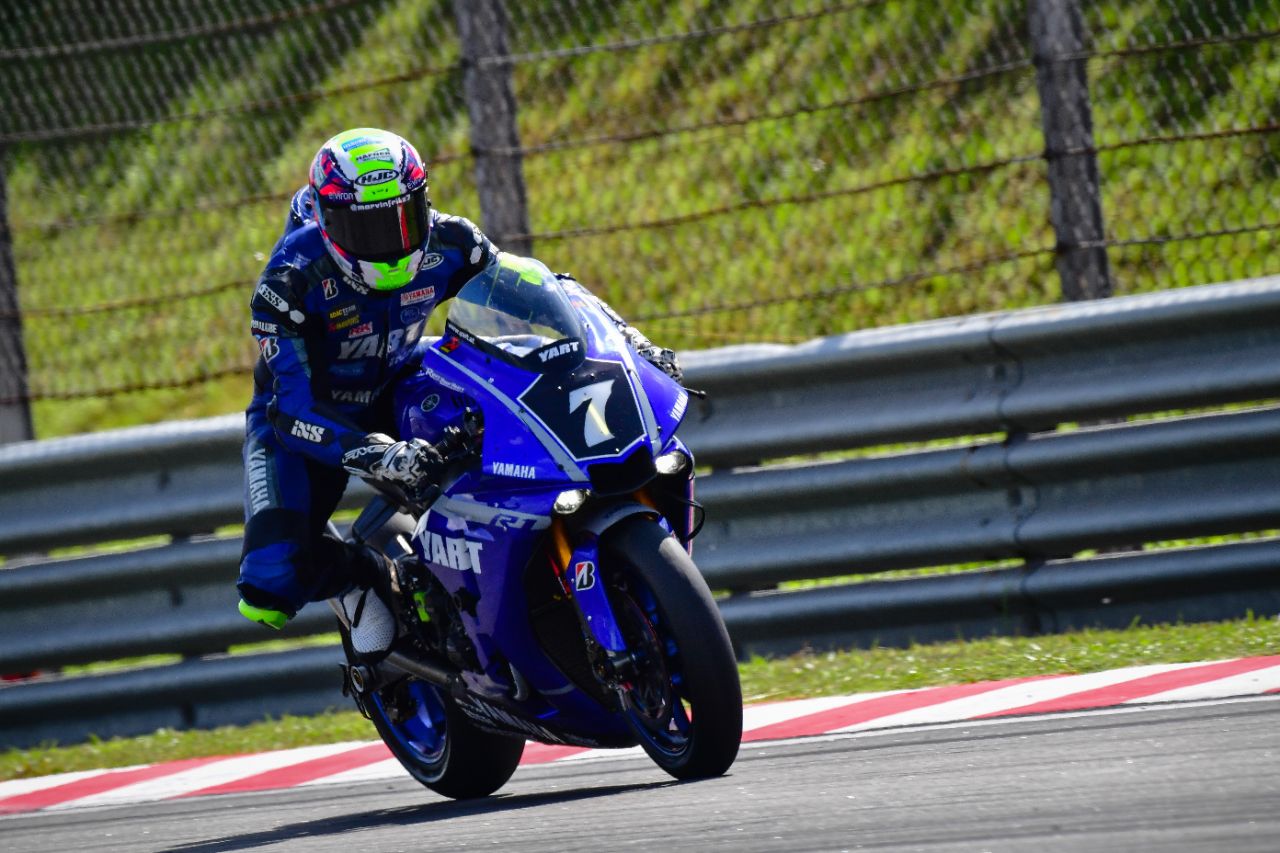 After an eight month break due to the COVID-19 pandemic, the YART Yamaha EWC Team is eager to make their highly awaited return to the FIM Endurance World Championship in Le Mans, France, for round three of the 2019/2020 season.

The Yamaha Austria Racing Team come into the 43rd edition of the 24 Hours of Le Mans as one of the favourites thanks to their heroic ride in December's Sepang 8-hour. The inaugural Malaysian event proved tough for everyone with rain delaying proceedings, however, that didn't stop YART Yamaha and Niccoló Canepa who stormed to victory in the shortened three-hour race.

Thanks to their victory last time out, Mandy Kainz's Yamaha team return to France for the latest round of the 2020 EWC championship lying fourth in the overall classification, just behind fellow Yamaha squad, Wojcik Racing. The team will be aiming to take more points at this weekend's event; the YART Yamaha team has had previous success at the 2.6-mile French circuit, standing on the top step in 2009 and has claimed a further four podium finishes.

The Wojcik Racing Team come into Le Mans looking to fight back from a non-finish in Sepang. The team will once again run British Superbike rider, Gino Rea, Frenchman Axel Maurin, Australian Broc Parkes and Polish rider Maceli Bezulski. The polish-based Yamaha team are determined to fight for the podium to keep themselves within a title chance come the season finale in Portugal.

The Moto Ain Yamaha World Cup Supported Team's trio of riders, Roby Rolfo, Robin Mulhauser and Hugo Clere will be looking to protect their lead in the Independent team and FIM World Cup standings. They currently lead the independent championship by 14 points over Wojcik Racing Team, in a Yamaha top-five lockout.

Completed in 1966, the famous 4.185km Bugatti circuit located in north-western France has seen various changes to the course. The current layout has been in use since 2008 and provides spectacular racing. Its high and low-speed corners mixed with heavy braking zones, fast changes of direction and unpredictable weather are what makes Le Mans and the 24 Heures Motos one of the most challenging and rewarding events on the calendar. However, the YART Yamaha team is prepared to face any challenge, starting with practice, commencing on Wednesday at 17:00 local time.

Qualifying for the prestigious event begins on Thursday at 17:00 with a second session on Friday, starting at an earlier time of 13:00. The flag will drop for the main event on Saturday at midday and will finish on Sunday 30th August.

“We are looking forward to the first Endurance race of the year with the Le Mans 24 Heures Motos. I have missed riding my R1 and racing in EWC this year, so it’s good to be back. We were able to complete a test in Le Mans before lockdown, which will help us for sure. Although we’re not 100% prepared, everyone is in the same position. I know that myself and my team-mates are in good shape, so I am looking forward to it. Coming off the back of the win in Sepang gives us the motivation to put in another strong result here, last year we were strong but unfortunately suffered a technical problem. This weekend will be a little bit different because usually we race in colder conditions, but due to the calendar changes we’re racing later in the year so it will be much warmer, this will be tougher physically, but I am ready and looking forward to it.”

“This year has been too long and too crazy, so it is nice to race again in Le Mans. We must say thank you to the FIM EWC for making this possible, even though it will be strange to race without spectators. We are all in perfect shape, and our line-up is strong, so I think we can do well. We had a few tests, and between myself, Niccoló and Karel, we found a set up that we all like. The YART Yamaha team has worked really hard between Sepang and Le Mans to make sure we’re prepared for the race. The main target is to achieve as many points as possible and win the championship this year.”

“I’m really looking forward to the Le Mans 24 hour because the EWC break has been so long. It will be my first proper start with YART Yamaha, and I will do my best. We had a couple of tests and we found that the bike was working great and we made good progress. My team-mates are very fast, and I have learnt a lot from them. I can’t wait to race with them and hope to achieve a good result.”

"For us it is going to be quite a strange race, racing in front of empty grandstands for 24 hours, but it is what it is and we're more than ready despite not having as much pre-event testing as normal. The biggest challenge will be for our riders because, in such a long Endurance race, you're always chasing motivation to continue, and a lot of that comes from the fans. Still, our riders are very professional and will be able to give it their all. For Le Mans, we aim to return to the championship and pick up good points to put us in the title fight at the finale in Estoril. It is a must to finish the 24-hour event if we want to be within a chance of the title in this strange year. I know we can do a good job because we have an amazing package; the bike, the Bridgestone tyres and our riders are all very strong, so I know we can do a good race."