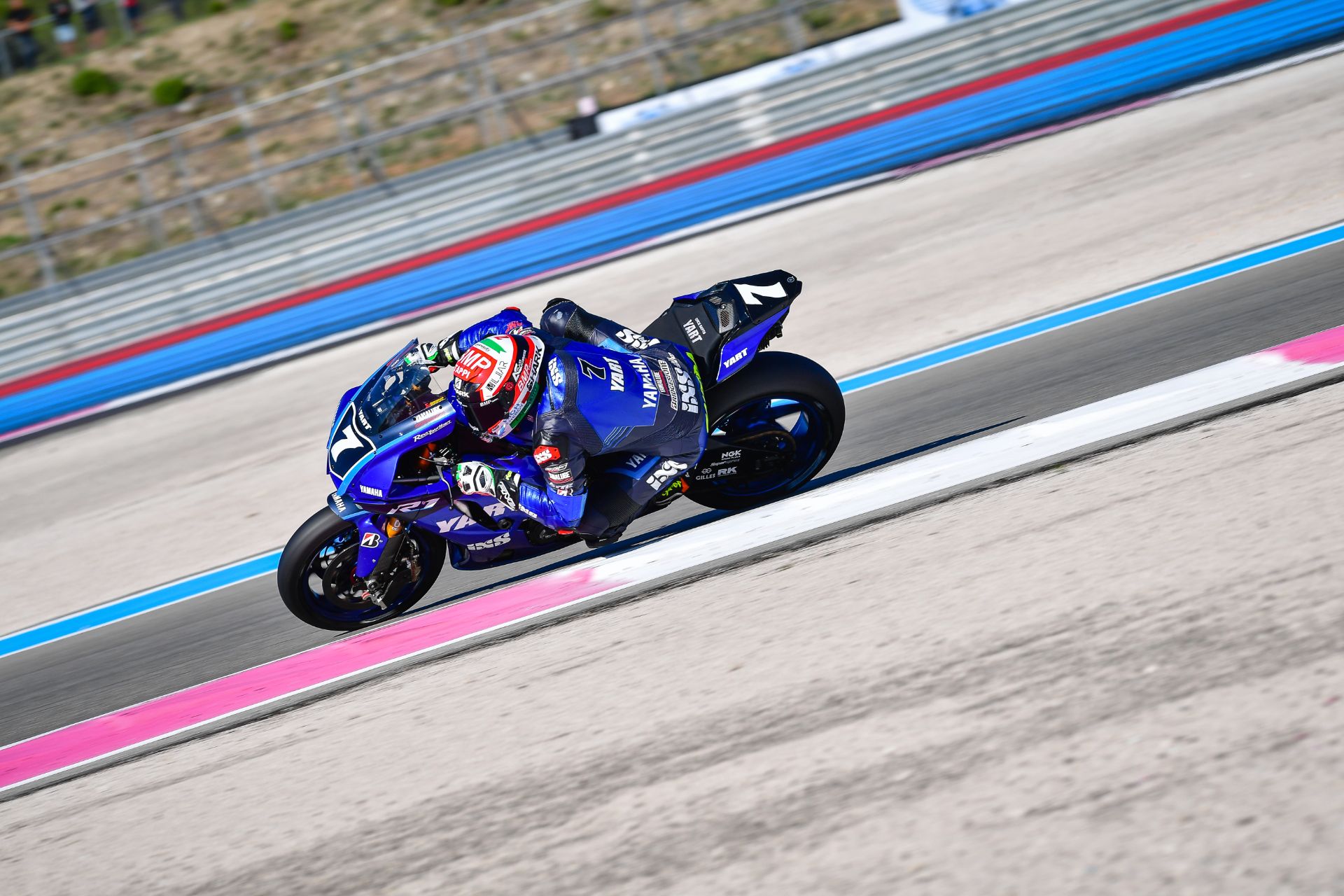 The Yamalube YART Yamaha Official EWC Team will begin the 85th edition of the historic Bol d’Or from second place after a strong qualifying performance at Circuit Paul Ricard, France, which saw them close the gap to their title rivals in the FIM Endurance World Championship standings.

It is 100 years since the first running of the iconic Bol d’Or endurance race in 1922, and already it is building up to a finale worthy of the anniversary, with all five EWC titles still on the line at the last round of the 2022 season. The YART Yamaha team started the week trailing the championship leaders by 34 points, but with 85 points up for grabs over the course of the weekend, anything could still happen. Thursday began with a delayed Free Practice, and despite multiple red flags during the two-hour session, Niccolò Canepa, Marvin Fritz, Karel Hanika, and Reserve Rider Robin Mulhauser all got time on the bike to end the session in second with a 1:53.077.

The Austrian squad smashed the existing lap record by almost half a second at the Le Castellet circuit during the official Pre-Test two weeks ago with a 1:51.921 and so headed into qualifying looking to secure their third pole position of the season and claim the maximum five points up for grabs. Glorious sunshine greeted the teams for first Qualifying on Thursday, and Canepa got things off to a great start by finishing third in the Blue session after setting a 1:52.925 before his teammate Fritz ended the Yellow session in third with a 1:53.307. Hanika, who has consistently been the fastest qualifier for YART in 2022, then topped the Red session with a 1:52.914 to put the YART #7 R1 in provisional third overnight. The team then topped the one-hour night Practice with a 1:52.997 set by Hanika, as they showed that their pace was strong and consistent whatever the conditions.

In EWC, the fastest two riders’ times are combined, and the average is used for the final qualifying classification. So with Hanika and Canepa already in the 1:52s, plus the fact that the second Qualifying sessions were taking place on Friday morning in slightly cooler, albeit windier, conditions, all eyes were on the timing screens when the action got underway. Immediately, Canepa improved in his session by almost a second with a 1:51.942 for the Italian to secure second overall in the Blue Group. The biggest improver of the day was the 29-year-old German Fritz, who set a 1:51.824, almost 1.5s quicker than his best time on Thursday, to move up to second in the Yellow sessions.

In the Red session, the focus turned to Hanika, who had set the fastest times for YART on their way to pole at Le Mans and Spa earlier this season. Unfortunately for the Czech rider, he suffered from a minor sensor issue on the bike when he came to do his final flying laps and did not have any electrical aids at his disposal, including traction control, which can be tricky around the 5.673 Cote d’Azur track with its 1.8km Mistral straight. Undeterred, the 26-year-old gave it his all to set a 1:52.100 to end the Red sessions in first overall, although he could not improve on his teammates' times. As the Reserve Rider, Mulhauser used his time over both days to work on the bike's setup and scrub in some tyres for the race, yet still managed to show his potential by finishing Friday’s Green session on top of the timesheets with a 1:54.217.

By combining Canepa’s and Fritz’s times, YART had an average of 1:51.883, which was good enough to secure second on the grid and four vital championship points. They were just 0.216s off pole but, more importantly, qualified ahead of their two main title rivals and now have just a 33-point gap to the overall championship leaders, with 60 points available to the winners of the race and another ten points up for grabs for the team leading the race at the eight and 16-hour marks.

Yamaha are currently just 12 points behind the leaders in the EWC Manufacturer's standings and will have five R1s lining up in the top 15, with Team Moto Ain qualifying in fifth for Saturday’s race, ahead of the Viltais Racing Igol Team in ninth, the Wojcik Racing EWC Team in tenth, and Maco Racing in 15th. In the Superstock class, it was a Yamaha 1-2, with the Wojcik Racing SST Team taking pole and starting from 12th overall, just ahead of the current championship leaders, Team 18 Sapeurs Pompiers CMS Motostore, in 13th.

“We have been strong here since the Pre-Test, and we have been improving step by step all week. We feel really good on the long runs, the Bridgestone tyres are also working great, and I think the temperature will play into our hands too. Second is not what we were aiming for, of course, we wanted pole position, but it is more important to feel comfortable on the bike and be ready for the race. The team is working great, we still have some more things to work on for tomorrow, but I think we are more prepared than ever. Our aim is to win the race, but the most important thing is to finish, as the most points are awarded after 24 hours, and then we can see what happens with the championship.”

“We are delighted with qualifying, as we finished ahead of our championship rivals and managed to close the gap. It may not be much, but it is a great start to the race weekend. The most important thing is that our race pace looks really good, and we are fast at night. Honestly, the bike is working perfectly, and the tyres are working perfectly, so we are confident heading into tomorrow’s race. As always, we will aim to finish the race as strongly as possible, scoring as many points as we can, and then we will see what happens with the championship.”

“I am very happy with how the week has gone so far. We were really fast in Free Practice, and the feeling with the bike and Bridgestone tyres was amazing. Obviously, we wanted to qualify on pole and get as many points as possible, but second, ahead of our title rivals, is good. I was a bit disappointed, as yesterday I was fast, even on used tyres, but today, it didn’t quite work out as I had a slight technical issue that meant I could not push as hard as I would have liked. Therefore, I am thrilled with the work done by my teammates and also the whole team. I believe we have even more potential for the race than we showed today in qualifying, so I cannot wait to start!”

“The whole team has worked hard all week, and to secure second for the race is great. Obviously, we would have preferred pole position, but we already have a point back on our main title rivals, and that is not a bad start. We have great pace, the bike is performing brilliantly, and the Bridgestone tyres are working well. The team could not be more prepared for the race, and hopefully, we will finally get a bit of luck.”

“We have covered all bases and are ready to race. We are happy, the race pace is good, the boys have been happy with their long runs, and everything is working well, but you never know what can happen in a 24-hour race. We have the pace and the package to win the race, but we have to finish it first; that’s the key point. We are obviously a little disappointed to miss out on pole position and one extra point. I think we could have got it too, but on Karel’s last run, he had a slight issue with a sensor that meant he had no electronics, so to set a 1:52.1 with no assistance from the electronic aids is pretty awesome. We have already clawed back one point on our main title rival, so let's see how many we can get during the race and where that leaves us in the championship.” 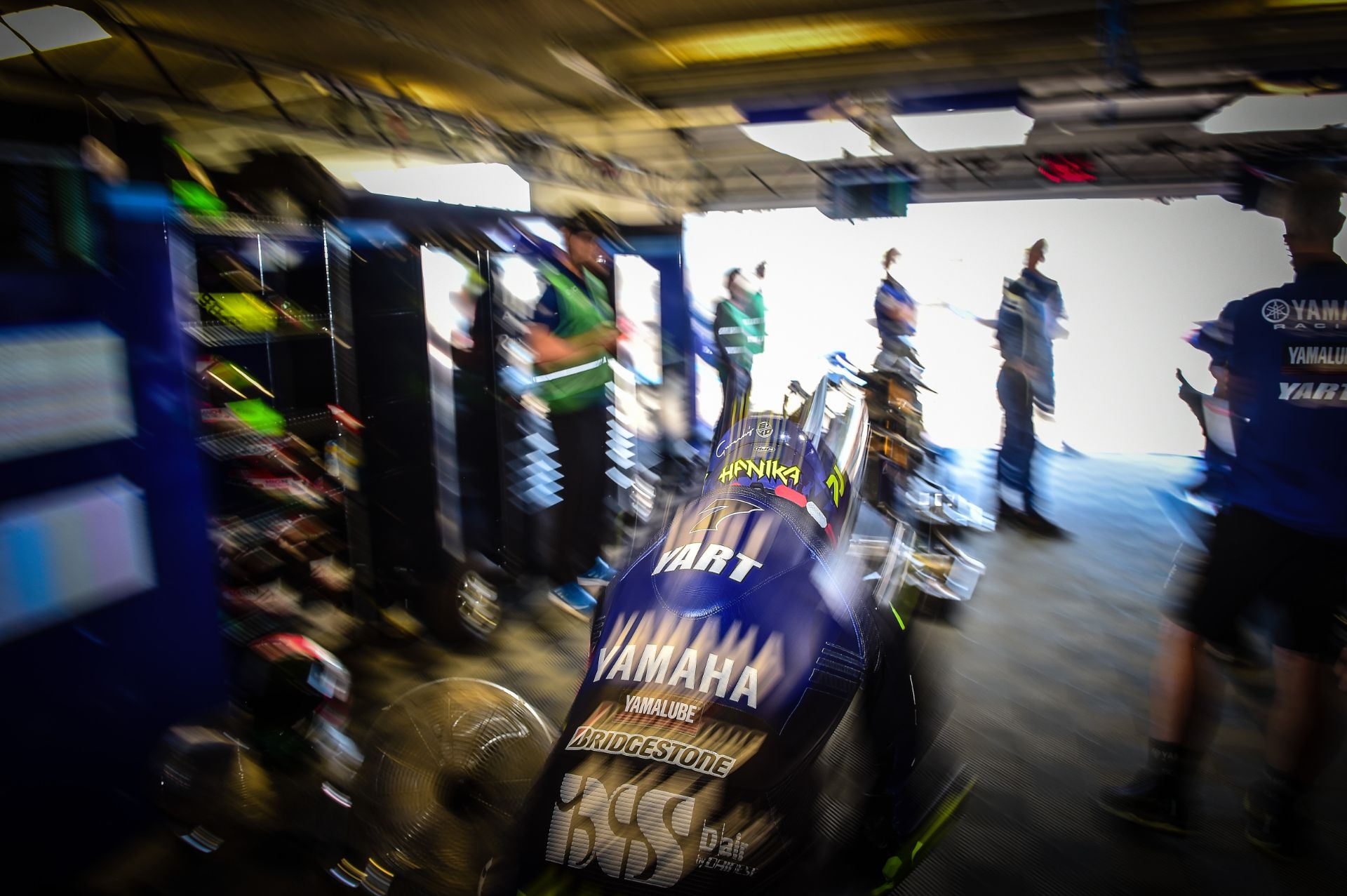