Ross Branch Wins Stage One Of The 2021 Rally Kazakhstan 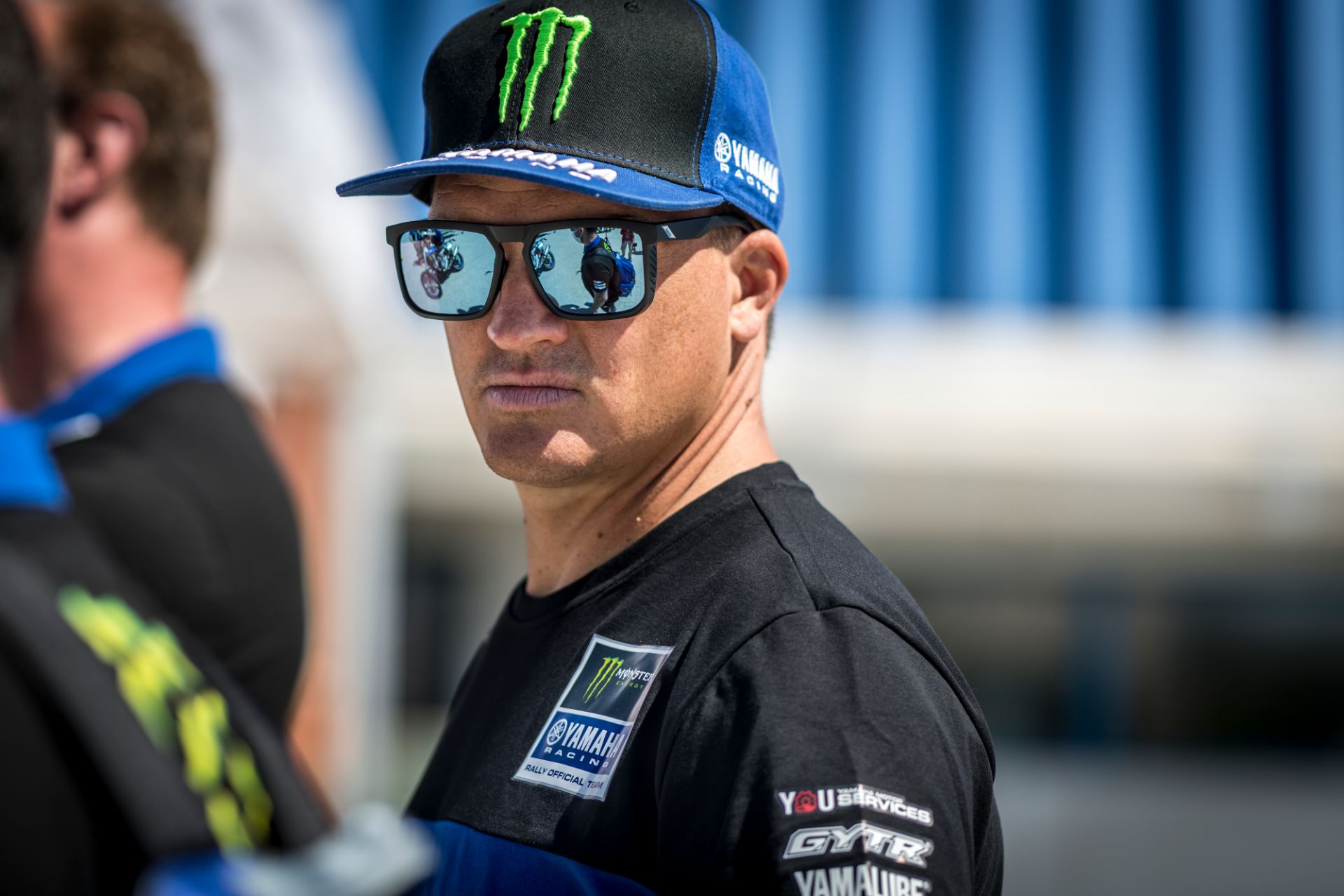 Ross Branch Wins Stage One Of The 2021 Rally Kazakhstan

With almost five months having passed since the Dakar Rally, the Monster Energy Yamaha Rally Team riders were excited to return to action with all racers completing the opening 280km special with strong rides, kickstarting the 2021 edition of Rally Kazakhstan in the best way possible.

Focusing on improving his navigational skills during the off season certainly paid off for Ross Branch, as he opened stage one and then raced to a deserving victory aboard his Yamaha WR450F Rally. Despite a minor mistake near the end of the special, the Botswana native had built up a comfortable margin over the chasing pack to maintain his lead and complete the stage with a two-minute gap over second place. The victory marks Ross’ first ever stage win in the FIM Cross-Country Rallies World Championship.

Adrien Van Beveren put together an impressive ride on stage one to place fourth. After familiarising himself with a new style of roadbook used for this event, the Frenchman caught up to the leading riders but was forced to slow his pace to escape the dust kicked up by those ahead of him. Biding his time and concentrating on his navigation proved to be highly rewarding for the 30-year-old, as he stayed on the right course and found himself opening the stage after those in front made a mistake. Riding the final part of the stage in clean air, Van Beveren increased his pace and made up for lost time, going on to complete the special just seven minutes down on stage winner, and teammate, Ross Branch.

Rounding out a successful start to Rally Kazakhstan for the Monster Energy Yamaha Rally Team was Andrew Short in fifth place. The slower, technical sections found early on in the stage were to the American’s liking, after which he pushed onto the finish and delivered a mistake free ride. Feeling comfortable on his Yamaha WR450F Rally, Short enjoyed the opening stage and looks forward to tomorrow’s stage two.

The second stage of the 2021 Rally Kazakhstan will see the Monster Energy Yamaha Rally Team take on a 279km special located to the south-east of the city of Aktau. Each rider will have their navigational skills put to the test as they’ll be faced with a maze of desert tracks where mistakes could prove to be costly. At the end of the stage, the team will arrive in Bay Kendirli on the coast of the Caspian Sea.

A really good first day here in Kazakhstan. It was great to open the stage and my navigation was pretty good. A few mistakes here and there but overall it was on point. It was a pretty fast stage and the bike was on the limit for most of the day, so it was a good test and it’s just great to be back racing. I can’t wait for tomorrow. I’ll open the stage again but I’m confident with my navigation, myself, and the bike, so I’m really excited to get going again.

Today was a good start to the event for me. We have a different style of roadbook compared to the Dakar, so it took some time to get used to that. After a while I got into it and started catching the riders ahead of me, but then I had to sit in their dust for over 100km and had to slow down a little. It was frustrating but then that group made a navigational mistake and then I found myself leading the stage. It was great to be in clean air and I was then able to make up a lot of time. Overall, I’m happy with how today went and I’m looking forward to tomorrow.

A good first day. It’s been a while since the Dakar so it took a little while to get back into competing again. It was a bit crazy early on in the sand dunes with a lot of vegetation around. It made it slower and technical though and it was nice to ride on some different terrain. It was a decent day overall. Some good learnings were made and I felt great on the bike so it’s all positive. 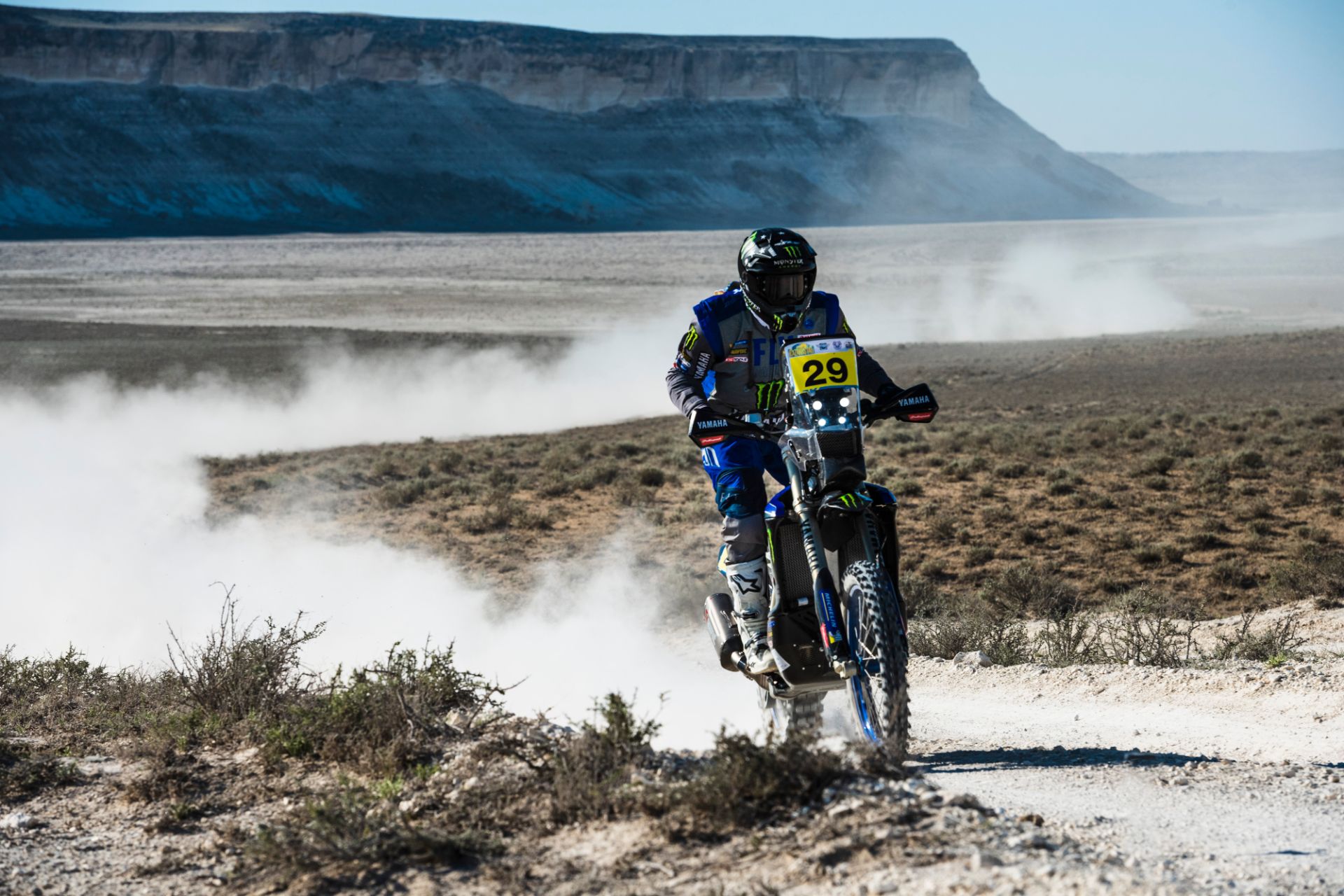