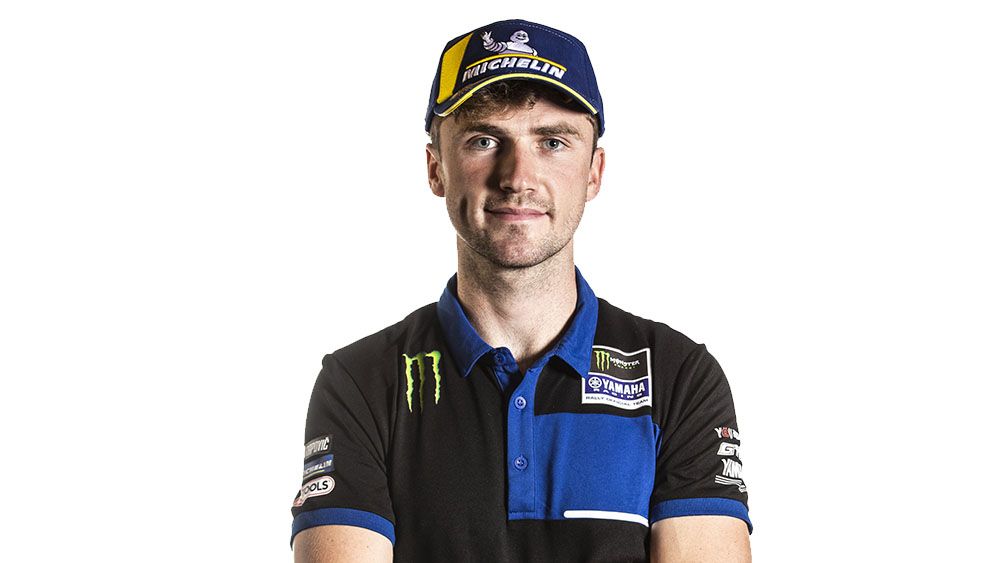 The youngest member of the Monster Energy Yamaha Rally Official Team, Jamie McCanney is quickly progressing into a future rally star. Born and bred on the Isle of Man - the spiritual home of motorcycle racing – it’s fair to say that two-wheel competition is in his blood.

Following a promising schoolboy motocross career, the Manxman switched his attention to enduro in 2012 at the age of 17, immediately enjoying success and placing third overall in the FIM Enduro Youth Cup. The following season he secured his first world title.

Making the move from enduro to rally for the 2019 season, Jamie worked tirelessly to fully adapt to his new discipline, placing 11th at the Merzouga Rally and securing a fifth-place finish on stage five. In doing so, Jamie earned a place on the start line for the 2020 Dakar Rally.

Steady progression throughout the two-week event saw the Manxman’s goal of finishing surpassed with an impressive 15th place result. Now, with another year of riding on the Yamaha WR450F Rally under his belt, he looks ahead to improve on this result in 2021.