Yamaha VR46 Master Camp Team’s Manuel Gonzalez signed off on his Moto2 debut season with a textbook race that earned him 6th place. Keminth Kubo ended his run with the team giving one of his best race performances of the 2022 season, securing 17th.

Gonzalez didn’t have the start he wanted from P14 and concluded the first lap in 15th place. He then entered into a battle with Jake Dixon, which saw the Moto2 rookie successfully defend his position. After the first two opening laps, the home rider got up to speed and started his charge. With multiple riders crashing out, Manugass found himself in ninth place midway through his eighth lap. He fully opened the throttle and overtook Mattia Pasini for eighth, but then had an 5s gap ahead of him. Gonzalez spent the second half of the race defending his position and with another two riders in front of him crashing out, he crossed the finish line in sixth place with the team applauding from the pit wall.

Kubo started his last race with the Yamaha VR46 Master Camp Team from P28. He was determined to get a good result as a ‘Thank you’ to the team and was pushing hard from the start. He initially fell back to 30th and battled with Niccolò Antonelli while a bunch of riders crashed out throughout the race. Once having left Antonelli behind him, the Thai rider gradually moved up the rankings as he started to get into a rhythm. Feeling encouraged, he overtook a few more riders and was battling for 16th position in the final laps. He took the chequered flag in 17th place – a great performance on an emotional race day after a difficult Saturday.

The Yamaha VR46 Master Camp Team sincerely thank Gonzalez and Kubo for their hard work and dedication this season and for all the fond memories. They also want to express immense gratitude to Yamaha and VR46 for their support in 2022.

"It’s been a great way to end the season! Both riders did a super race. Manu’s pace was very good, he recovered a lot of positions and could finish in sixth place. He was very confident. This is an extra boost that will help him also next year. His growth is impressive. I’m sure he will show his potential in 2023. He will work a lot this winter to be at his 100% at the first race in Portimao. Kubo was really focused. He started the day with an amazing Warm Up that gave him a lot of extra confidence. He recovered a lot of positions and did great. It was very nice when he came back to the garage for his last time with us. I really hope to meet him again in this paddock one day. He’s a good guy. I’m very proud of the growth of the team. As rookies, I think we did very well. Every single team member did his maximum, fully motivated and passionate. I’m so thankful to Yamaha for the opportunity they give me. I will do my best in the future years to lead this fantastic team in the best way I can!"

"We ended the race in a very good position today. P6 after starting from P14 is very positive. My pace was pretty good and the feeling with the bike was the best of the weekend. I lost a lot of time battling with other riders at the beginning, but I’m happy with the result. Thanks a lot to the team for all the work they did this year. We are already thinking about the 2023 season."

"Today has been special. I had a good race, I overtook several riders, and even if I made a mistake, I could finish in 17th position. I was 28th on the grid, so it’s a great success for me. I can’t be more thankful and happy about my team. We spent four fantastic years together and this season in the Moto2 World Championship was a dream come true. Thanks to Yamaha for the opportunity and thanks to all my incredible mates." 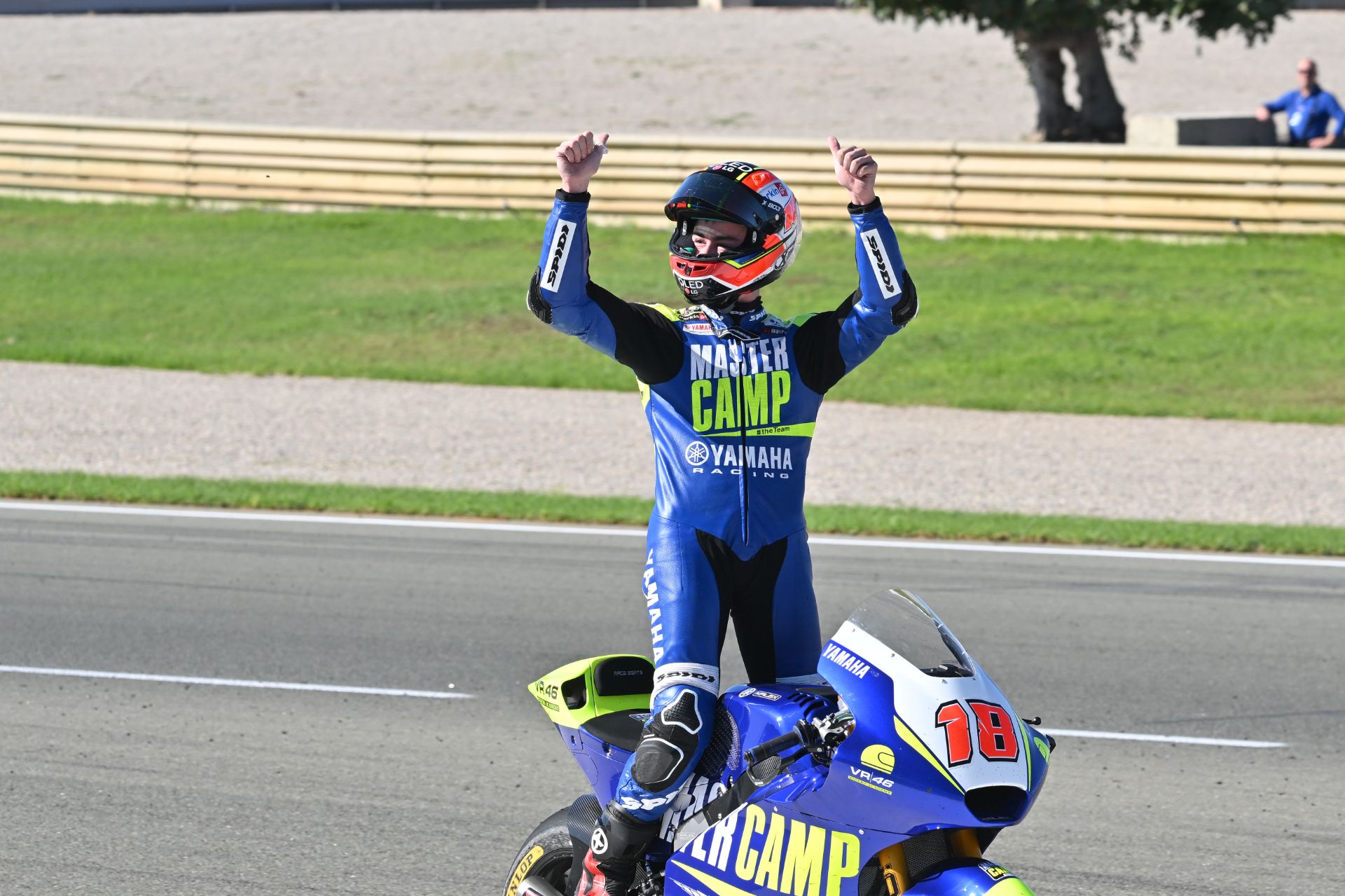