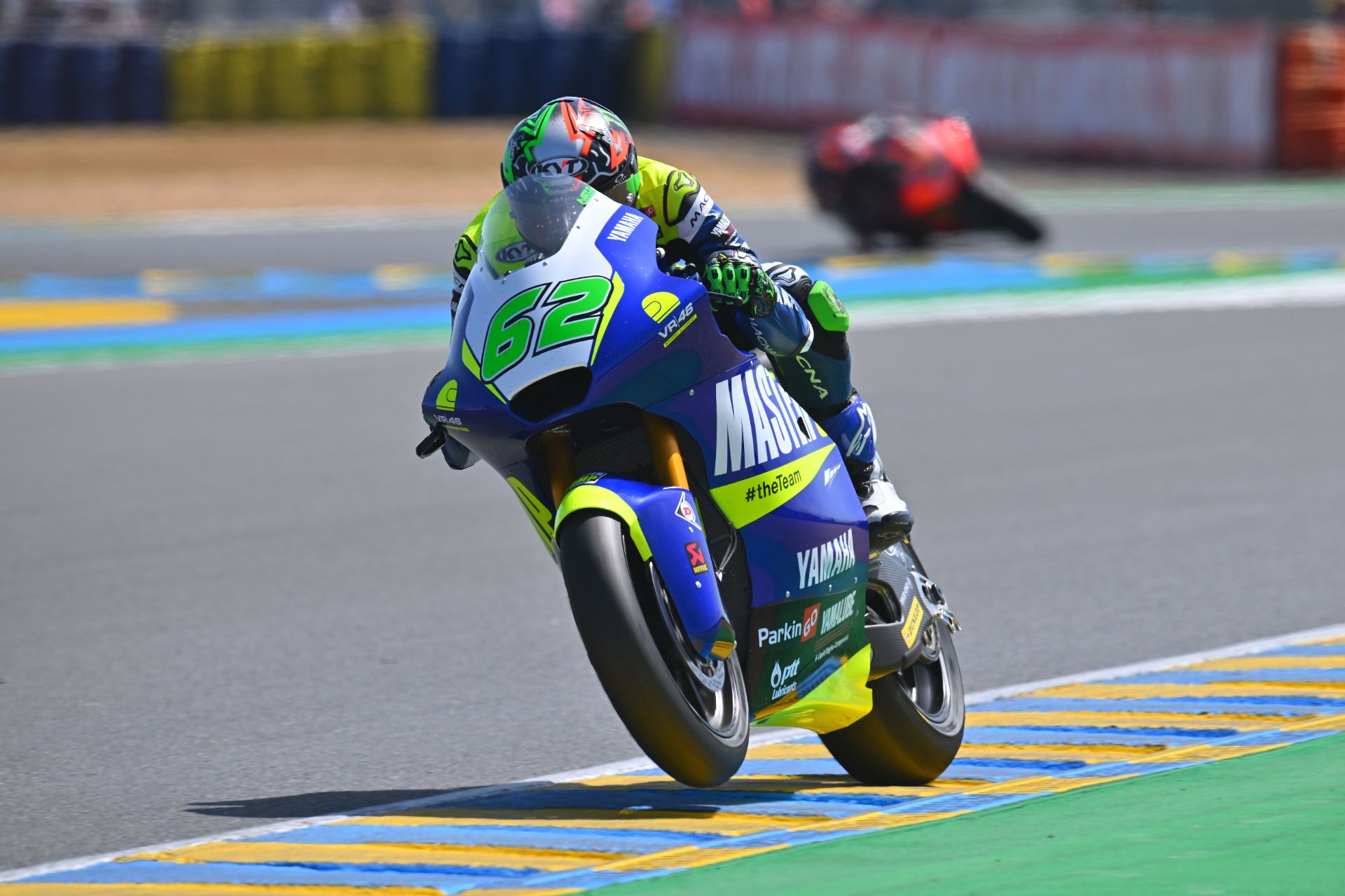 Yamaha VR46 Master Camp Team‘s Stefano Manzi and Manuel Gonzalez gave it some welly in the Friday free practice sessions. Not able to find a time improvement in the afternoon, they secured 7th and 16 place respectively in the combined timesheets with their FP1 times.

Yamaha VR46 Master Camp Team made a very successful debut to the Le Mans Bugatti Grand Prix race circuit today. Stefano Manzi put his name down as a key protagonist for the Grand Prix de France when he secured third place in FP1. The lap time earned him seventh in the combined timesheets. Manuel Gonzalez‘ determination to recover from problems with his arms during the Spanish GP paid off. He gradually built pace in the morning and focused on his bike‘s race setting in the afternoon. He ended the day in 16th place in the combined FP results.

Manzi impressed in the morning session. Replacing Keminth Kubo for a second GP in a row, he was already familiar with the team, and he kept his positive momentum from Jerez going in Le Mans. He built pace throughout the sunny FP1, saving the best for his final run. He made his mark when he clocked a 1‘36.608s on lap 15/18 that put him in third place.

The Italian rider had another strong session in the afternoon. He was featuring inside the top five until the time attack in the final stages. Keen to join the action, Manzi pushed too. He was on a good lap, having set one red and two orange sectors, but a crash in Sector 4 ended his challenge. He finished 13th in the FP2 results with a 1‘36.877s set on lap 13/13. But his faster time from this morning still kept him 7th in the combined results. 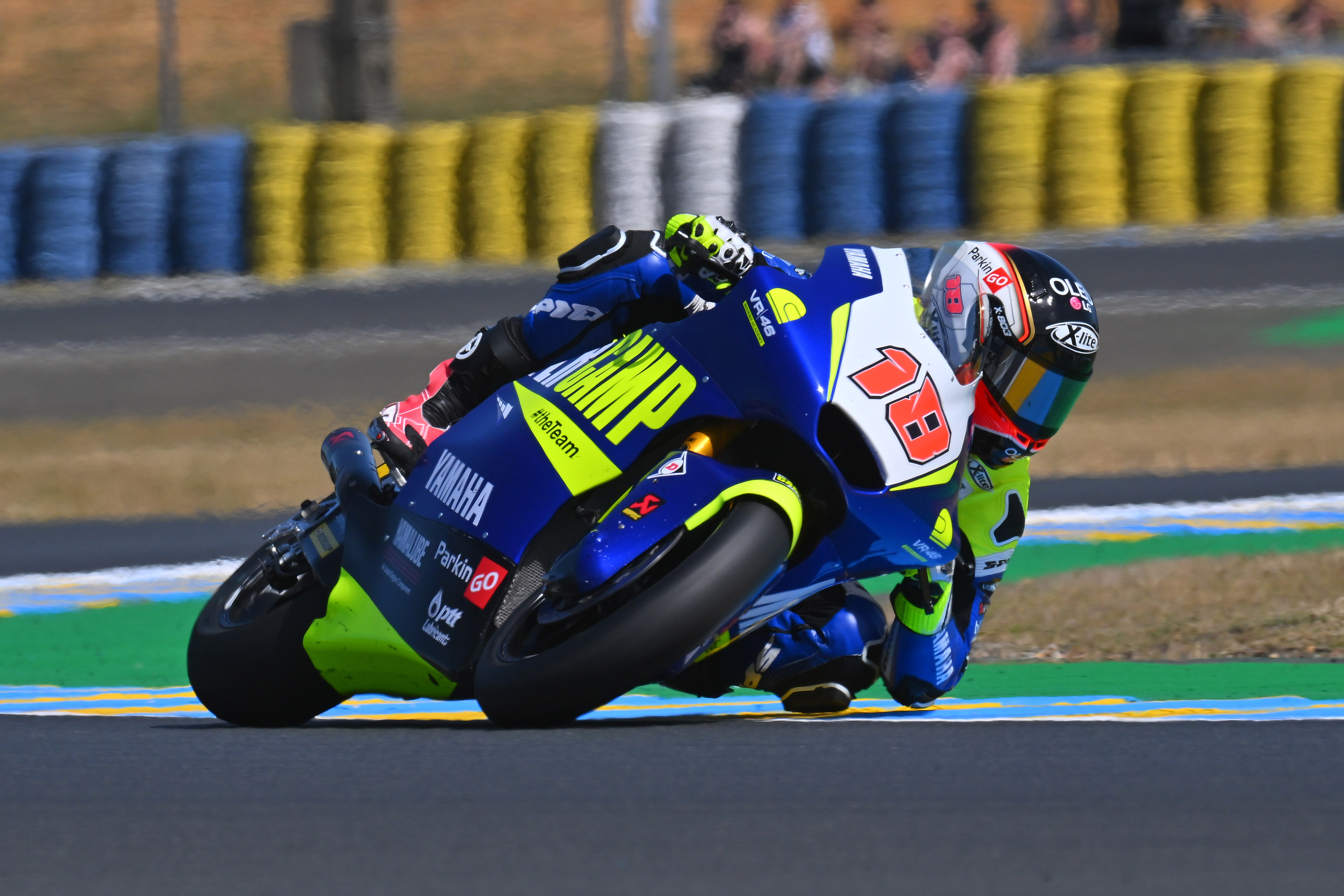 Gonzalez aimed to use FP1 to get back up to speed following the sudden pain in his arm during the Spanish GP. The Spaniard has since received physiotherapy sessions and made a full recovery. Today he focused on getting into a good rhythm and set a 1‘36.844s on lap 16/19 to finish the session in 11th place.

The rookie continued building on his results from the Catalunya test in the afternoon and worked himself up to a 14th-place ranking and therefore a provisional Q2 place until in the final ten minutes the time attack started. With less than 1s covering the first 19 riders, Gonzalez took 20th in the FP2 results with a 1‘37.177s time set on lap 11/15. However, his faster morning time kept him in 16th place in the combined rankings.

"I‘m very happy about today. We were already really fast in the morning, both with soft and hard tyres. In the afternoon we continued our work for the race based on FP1, but when I was pushing a lot, I had a small crash. Luckily it's nothing serious, so we are ready for tomorrow."

"It‘s been a strange day. Le Mans is a new track for me, but I‘ve learned it very fast. I had a good FP1 and I could stay in the top 14. We changed the bike a bit for FP2. I was riding with the soft tyre in the 1'36-lows. I tried to push more, staying behind Navarro, but in Turn 8 I had a small crash. Anyway, I‘m happy. Achieving 16th position on my first day here is a good result. I think I can improve more tomorrow."

"Manu was riding here today for the first time and he immediately had a good feeling. This track has been easy to learn for him. He had a good pace, and his lap time was close to the top riders. We changed his bike in FP2 because we needed to try some different things to understand which would be the best setting for the rest of the weekend. Manzi knows this track very well. It‘s clear he had a good feeling because he finished FP1 in third position. After his crash in FP2, we understand that we are fast but a bit too much on the limit, so we'll keep working on all the details, trying to find the best solution to let him ride more comfortably." 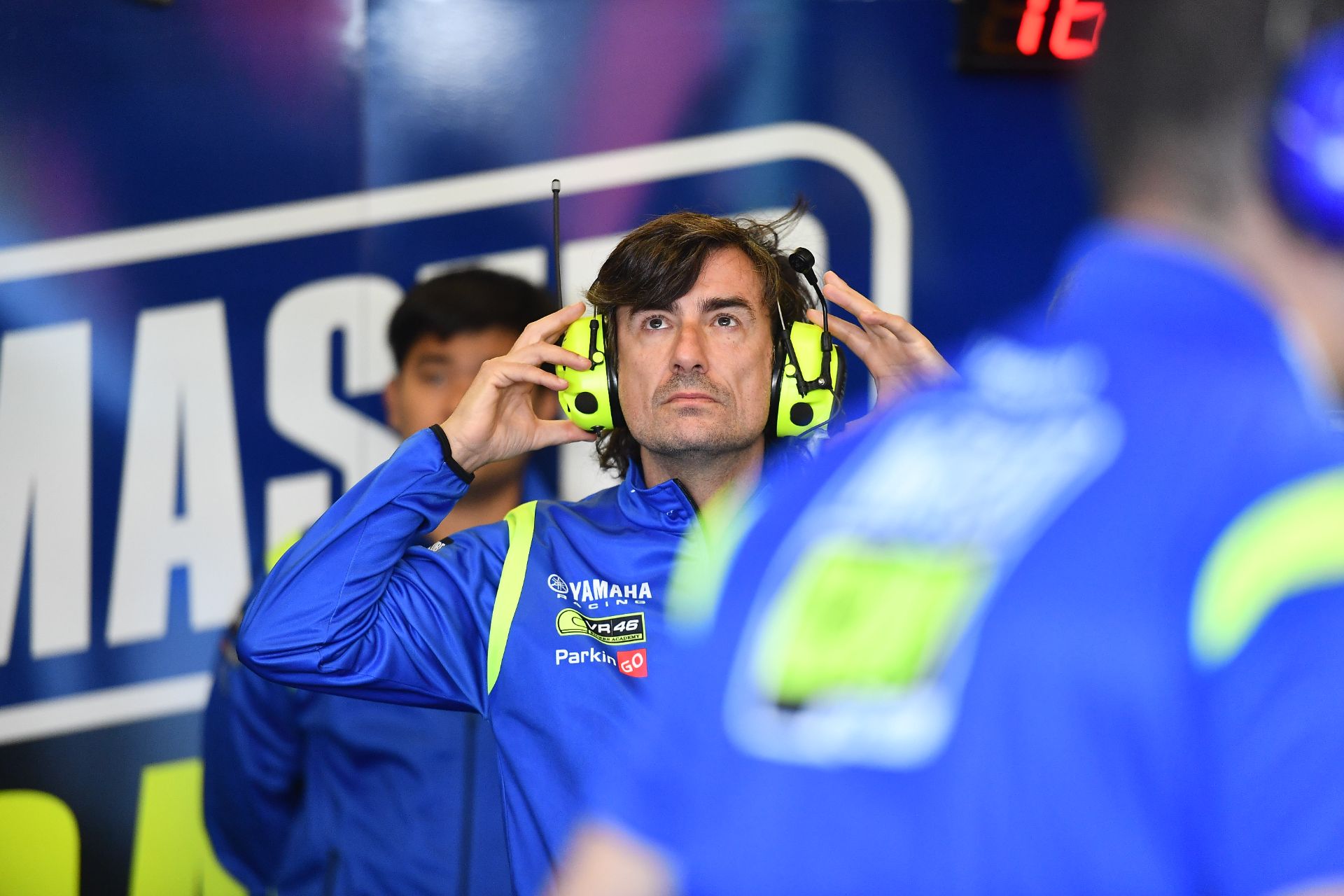