Today, Monster Energy Yamaha MotoGP‘s Fabio Quartararo secured his fourth-consecutive pole position with Yamaha at the Circuito de Jerez – Ángel Nieto. Maverick Viñales booked great progress on the second day in terms of race pace but was unable to put in the hot lap he had in mind in Q2. He ended the session in seventh place.

Monster Energy Yamaha MotoGP‘s Fabio Quartararo went all in during today‘s Q2 at the Circuito de Jerez – Ángel Nieto. He was dead set on claiming his second-in-a-row pole position and did so in superb style, with both his first and last hot lap being faster than any other rider's best effort. Maverick Viñales proved to have strong race pace at the Andalusian track in today‘s FP4, taking second place. However, he didn‘t have the feeling he was looking for in the Q2 session. He will start the Gran Premio de España from seventh position on the grid.

Quartararo and Viñales both waited for a while after the lights at the end of pit lane turned green for the start of the 15-minute Q2 shoot-out to avoid any other rider trying to trail them.

When Quartararo hit the track his game face was on. His 1‘36.807s benchmark lap immediately put him in provisional pole position. He pushed hard on his next try but wasn‘t able to better his time. Nevertheless, he remained in the lead by 0.005s as he returned to the garage for a fresh set of tyres.

With five and a half minutes left on the clock, the Frenchman started his second run, keen to dig even deeper. He set two red sectors but made a small mistake in sector 3, forcing him to abort the lap. It didn‘t slow him down, though. His first lap would also have kept him in pole, but El Diablo still put his head down again to replicate his effort. He ended the session with a 1‘36.755s to secure the first spot on the front row with a 0.057s advantage over his closest rival.

Viñales had high hopes for qualifying after a very positive FP4 session, but the feeling wasn‘t quite there. His first attempt put him in ninth place. As the times improved, he dropped to eleventh, but with his next flyer he moved up to fifth position, before heading back into the pits with seven and a half minutes remaining.

He set out on his fresh tyres after a quick stop fully intending on closing the 0.263s gap to pole at the time. However, he wasn‘t able to make any further progress. His 1‘37.070s best lap was 0.315s off today‘s pole and enough to put him in seventh place, on the third row of the grid for tomorrow‘s race.

"It felt really good today. Jerez is one of the tracks that I really like. I have ridden a Yamaha four times at this track and four times I got pole position. It‘s quite an amazing moment, I‘m really happy about this. But I will say that today‘s Q2 session was a qualifying where I was more on the limit. I thought I was going to crash in Turn 6 and Turn 13. I made a mistake in Turn 6, but ultimately what matters is that we got the pole position today. Tomorrow it‘s not going to be easy, but I feel prepared and that I have good potential. The medium and hard tyre are both working well, so we will use the Warm Up tomorrow to decide which one we will use."

"The feeling was good, but not enough. I don‘t know why I couldn‘t do anything on the second stint, not even one lap. I tried, but it was impossible. So, basically, what we‘re planning to do is improve in all the areas. That‘s also what we did today. FP4 was very positive, so because of that I‘m quite calm, because we have a good rhythm. But we need to make a perfect start tomorrow, so we‘ll see what happens. Honestly, it all depends on what the rhythm will be like during the race."

"Fabio was really strong today. The team did a good job. They found a solution for what he was missing yesterday, and that helped him a lot. He tried the soft, medium, and hard tyres, and he‘s fast and consistent on all of them, so that gives us many options for tomorrow. Another pole is great for him and for the team, but we are even more pleased with his race pace. His lap sequence in FP4 is a really positive sign. The same can be said for Maverick. He made good progress in the free practice sessions, especially in FP4. We had hoped for a spot on the first two rows for him, but he was unable to put in the hot lap he had in mind in Q2, with the second rear tyre not providing the grip that was expected. We will look for some final set-up tweaks that we can try in Warm Up and then make our tyre decision tomorrow morning." 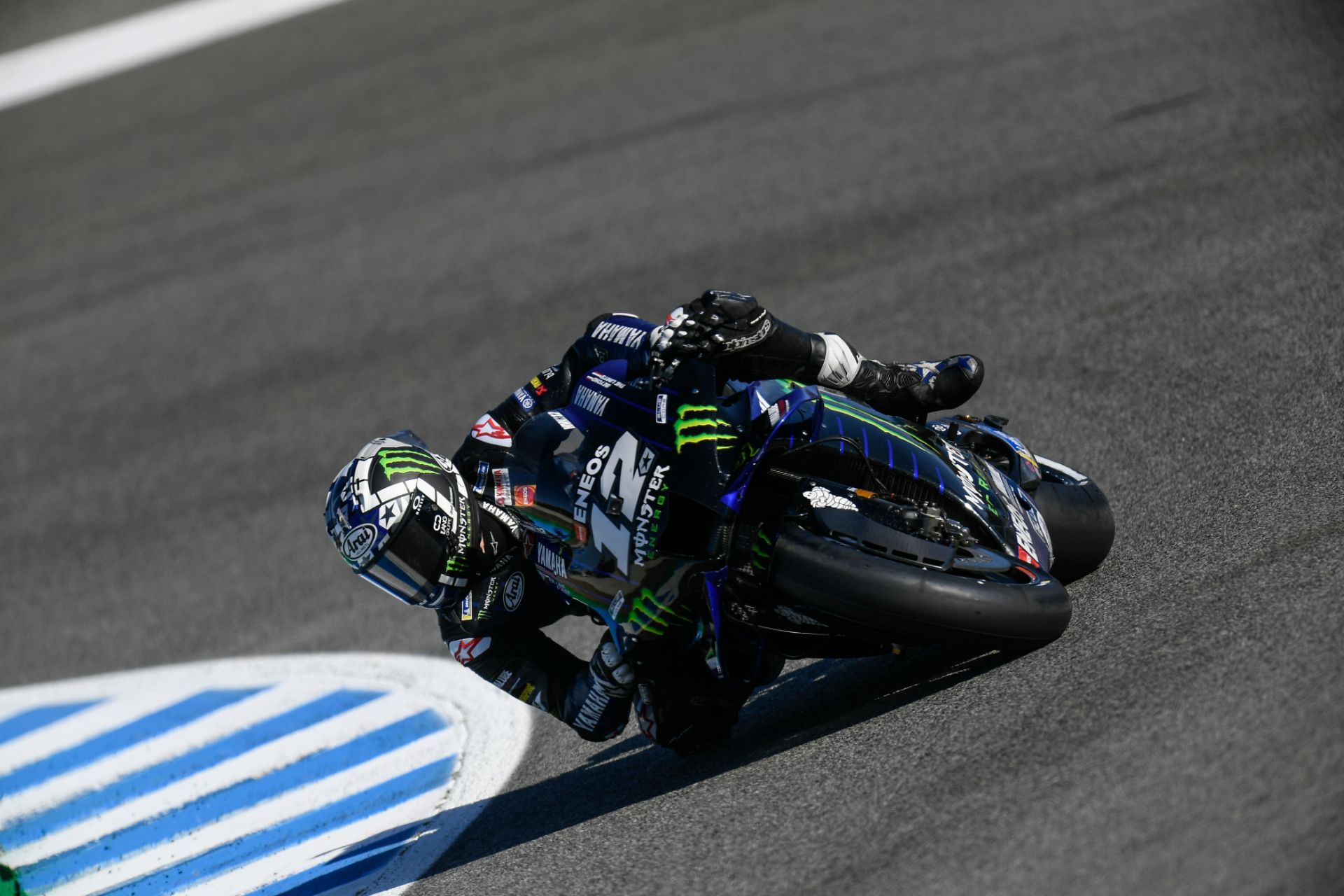