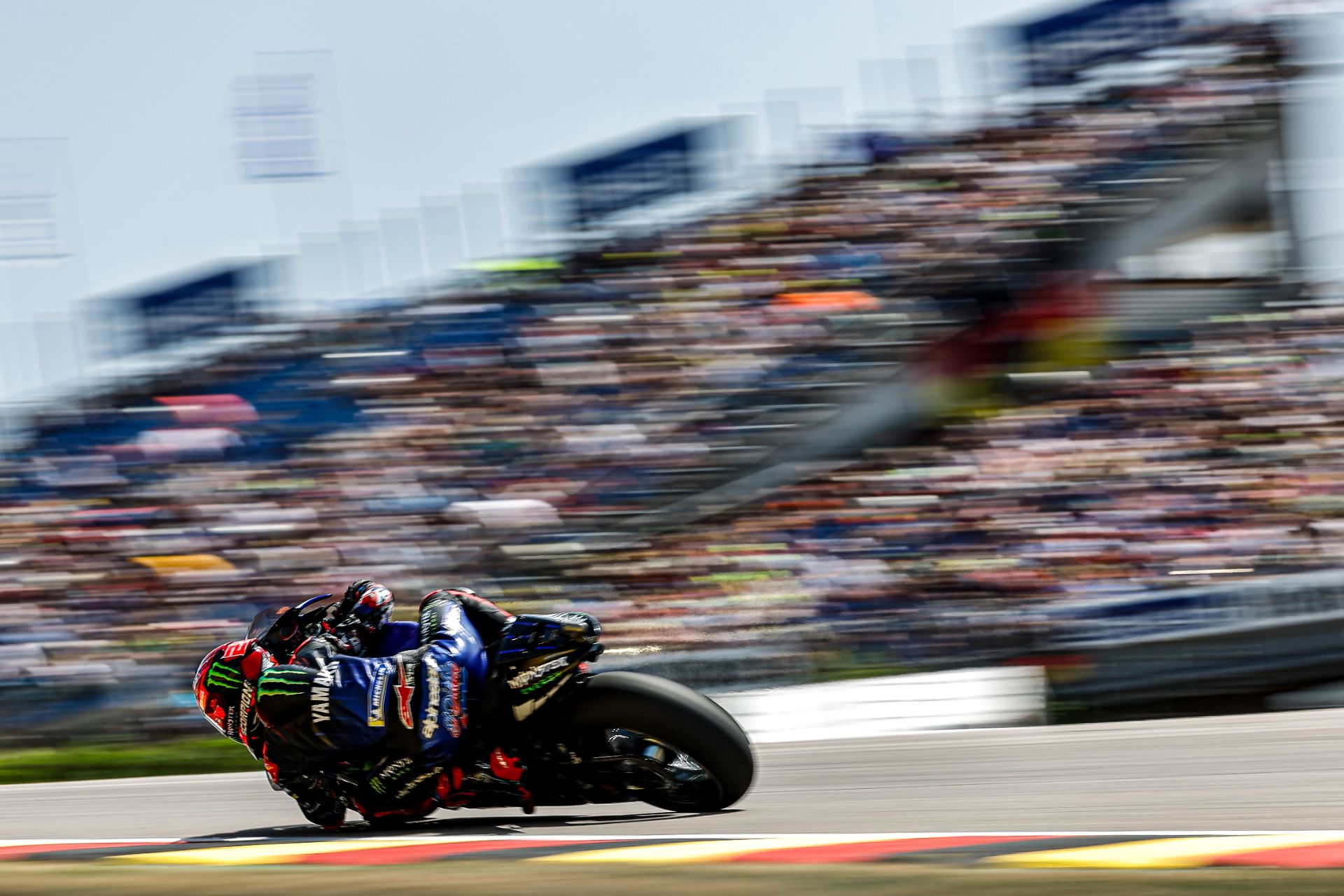 After a flawless victory at the Sachsenring last Sunday, the Monster Energy MotoGP Team are fully motivated for Round 11, held at the TT Circuit Assen in the Netherlands this weekend. The Dutch GP is the final race before the MotoGP summer break.

Monster Energy Yamaha MotoGP have left the Sachsenring feeling euphoric after a perfect win by Fabio Quartararo. They headed West to the TT Circuit Assen, the Dutch track that‘s often referred to as ’The Cathedral‘ of motorcycling.

Quartararo pulled off a heroic ride at the Sachsenring last Sunday. Despite feeling ill, he managed to outperform the MotoGP rider field in unbearable heat and take a stunning victory. He is now leading the championship by 34 points.

Following his first win on German soil at a circuit that he finds challenging, the Frenchman is feeling even more positive about his chances at the Motul TT Assen on a circuit he loves. El Diablo has scored some impressive results in the Netherlands so far. In his Moto3 debut year (2015) he secured a second place there. He equalled the achievement in the Moto2 class in 2018 and followed this up with a third place in the MotoGP class in 2019 and a win in 2021 after a one-year pandemic hiatus in Assen.

Franco Morbidelli established a solid race pace at the German GP but identified riding on a new soft tyre as the area where they need to improve. Though the forecasts are poor for this weekend, he hopes they will have some dry track time to work on this matter.

In the past, the Italian has enjoyed strong results at the much-beloved Dutch track. He secured a third place in the Moto2 class in 2016, which he followed up with a Moto2 win the year after. He has only ridden on a MotoGP bike at the TT Circuit Assen once, in 2019, when he took fifth position.

The TT Circuit Assen was especially built for the Dutch GP in 1955, but Assen has been part of the Motorcycle World Championship calendar every year since 1949, when the race was still held on public roads. The current Assen track measures 4.5km and remains a favourite amongst riders thanks to its rapid changes in directions, coupled with a nice mixture of high-speed and low-speed corners (six left and twelve right). Especially the Geert Timmer chicane just before the start-finish straight makes for great entertainment right in front of the main grandstand.

"I‘m so happy with the win at the Sachsenring. I was riding well in Barcelona, but in a way Sachsenring was even better because I did it while not feeling well. I enjoyed a few days of rest and now I‘m feeling better again, so I‘m ready for the race in Assen. We have good memories from last year there with the team. This is one of my favourite circuits, so I think we can do well again."

"After the weekend at the Sachsenring, I want to get back to work as soon as possible. We know where we have to improve. Our race pace is pretty decent, but we need to upgrade our performance on the new soft tyre. This is not an easy thing to do, because of the limited soft tyre allocation, but we will try to make another step. We clearly have a lot of work ahead of us to catch up, especially since I haven‘t ridden at the Assen track in the last two years: in 2020 because of the pandemic and in 2021 because of my knee injury. So, we‘ll have to work hard. We hope we will have dry track time so we can make progress."

"We are starting the Assen round with optimism. We couldn‘t have expected the win in Sachsenring, because on paper that‘s not our strongest circuit. But Fabio‘s performance, even when feeling ill, is on another level. In theory the next track should suit us even better. Assen is a circuit both our riders really like, which is good because we want to give one final push before the summer break to end the first half of the season in the best way possible."