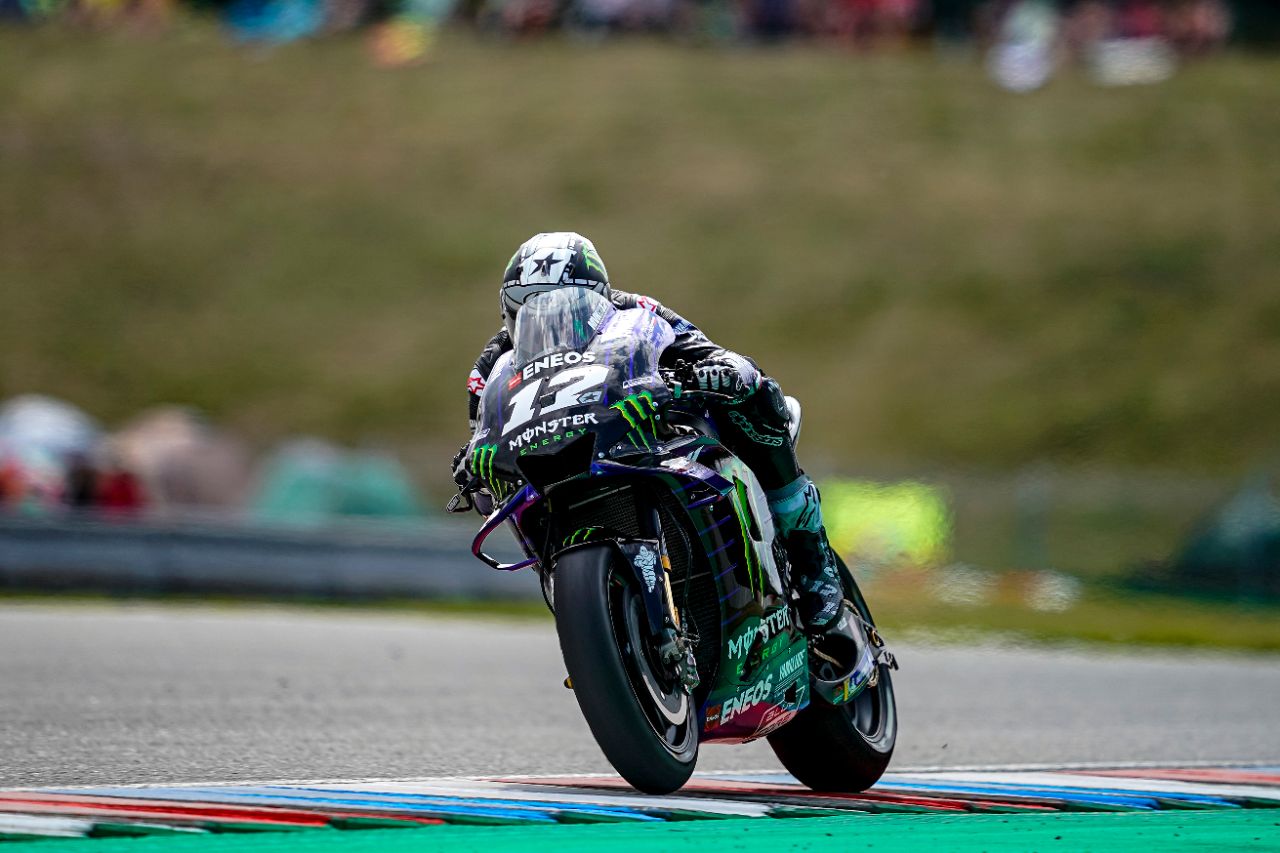 In the last three seasons, Maverick Viñales took a solid sixth place twice in Austria, and a twelfth place last year. This year he is planning to come back fighting at the Spielberg track, especially after showing strong pace again at the Brno test.

The Spaniard demonstrated his determination at the eight-hour testing session last Monday, where he fully focused on getting his 2019 bike ready for the start of the Austrian GP. He worked on braking later and deeper to suit the Spielberg track's stop-start corners to make sure that he would be able to get in the mix for the battle for top positions.

Valentino Rossi also arrives in Austria with high motivation. He was able to find some positive new setting solutions for his 2019 YZR-M1 during the Brno test. He is keen on putting it to the test this weekend, though he knows that the nature of the Red Bull Ring traditionally doesn‘t play into the Yamaha‘s strengths.

The Doctor is more familiar with the Spielberg track than most. He first visited the rostrum there in 1996, taking third place in the 125cc class, and secured second place in the same class a year later, before a 19-year hiatus in Austrian GPs. The Italian‘s best premier class result in there is the fourth place he snatched in 2016. It's his aim to try and change that this year and reach for the podium.

The Spielberg circuit was constructed in 1969 and was rebuilt in 1996 to the track‘s current lay-out. It had hosted two Austrian GPs before it returned to the MotoGP calendar in 2016. The track has a special character to it, with only ten turns in total (three left and seven right) and multiple long straights, the longest measuring 626m. The circuit's design puts the emphasis on top speed, acceleration and braking stability, offering the riders plenty of opportunities to fully open the throttle.

At the Brno test we didn't have a lot of new items to improve the acceleration, so we wanted to focus on the package we did have to create the best performance level. We worked on braking later and deeper. Spielberg has stop-start corners, so we need to change our lines and I worked on it. We know we will suffer on acceleration. We focused a lot on improving the front instead and the bike's feeling. I'm heading to Austria with a clear mind, feeling motivated as always. I'm not sure what results to expect, because it's a very difficult track, but we will try to be there, close to the front guys, and fight.

We get back on track again and I'm happy, because we have to work on the bike with my team. We want to go back to making good races. The Brno test was positive. We found some interesting things, for example a setting that I like and other things too. The Austria circuit is not really good for us, but we will do our best. We will try something we used in the Brno test to try to understand if in Austria we can get better. Anyway, to return to the track immediately after the test is positive.

We're about to start the Austrian GP. We have left the Brno weekend behind us and we've taken a lot of information and positives from the Brno test, so we are ready to get back to work. We hope to put our new findings to good use at the Red Bull Ring, but we know it won't be easy. The track's lay-out doesn't suit our bike's key strengths, because it's mainly focused on top speed and acceleration, which is where we struggle, but we're still going to come out swinging. Spielberg is a beautiful place, and this GP is a very nice event, so we're looking forward to it.