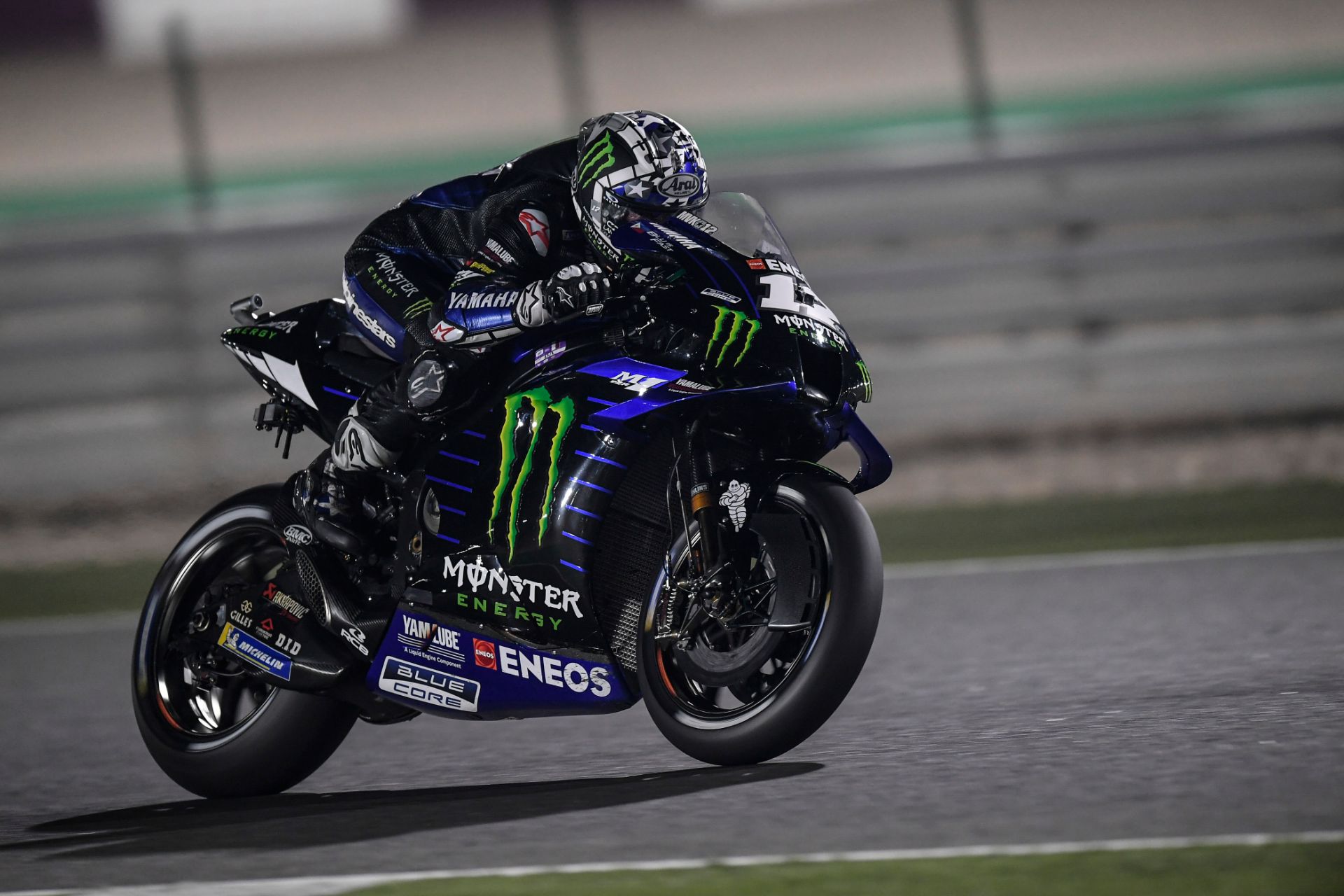 Monster Energy Yamaha MotoGP's Fabio Quartararo and Maverick Viñales are clearly driven at the start of a scorching hot Grand Prix of Doha weekend. The duo diligently worked on their YZR-M1s‘ set-ups as they prepared for Sunday‘s race. They completed the Friday in fourth and ninth place respectively in the combined FP session rankings.

Monster Energy Yamaha MotoGP's Fabio Quartararo and Maverick Viñales were keen to continue work on their race set-up for the Losail International Circuit today, adapting it to the hotter weather conditions. The teammates used the available track time to the fullest and finished in fourth and ninth place respectively in the combined free practice results.

Quartararo was eager to get back on the bike in the sunny FP1 session and soon featured inside the top 3. He then moved on to serious business, working on improving rear tyre live. He stayed focused on this goal throughout the 45-minute session. He set a 1'55.303s, that put him seventh in the timesheets, 0.524s from first.

The Frenchman followed the same strategy in FP2. He used most of the session to get the work done on his bike's set-up. With 13 minutes to go he was ready to put in his hot laps. He briefly moved up to provisional first place, but when the night-time session came to a close, the times dropped. The number-20 rider wrapped up the evening in fourth position with a best time of 1'53.583s, 0.438s from first in the FP2 and combined session timesheets.

Viñales continued the good momentum from last weekend in FP1. He worked on tweaking his bike‘s race set-up and gradually booked progress throughout the session. Feeling good aboard his YZR-M1 and showing a solid pace, even on tyres that weren't the most favourable, he finished in third place with a 1'54.864s lap, 0.085s from first.

Similar to last week, it's expected that on Saturday afternoon the weather conditions with higher temperatures and strong winds will make it difficult to improve, making the FP2 session crucial. The Spaniard knew he had to put his head down to make sure he remained inside the top 10. He soon took third in the rankings and showed a solid rhythm, but the majority of the rider field put in mini time attacks towards the end. Viñales responded by setting a 1'53.872s, putting him in ninth place in the FP2 and combined session results, 0.727s off the fastest time.

"It was tough, and unfortunately I had no feeling today. I did my fastest lap being on the limit everywhere, I was not feeling great. I will try to improve the feeling a little bit tomorrow, because the conditions changed. We had issues with chatter and grip today. We hope for better conditions tomorrow. Qualifying is just a matter of putting everything you have into one lap, braking as late as possible. For qualifying I am not so worried, and for the race I will do many more laps with the soft-soft tyre combination. I can't wait for tomorrow."

"The time attack didn‘t go as we expected. We can be much faster. But anyway, the rhythm was there, I was feeling pretty good with the medium tyre, even if it wasn‘t the best tyre for us here. After we changed to qualifying mode, the feeling changed and we will look into it. But I‘m quite calm, I know we can do well. On the bike I felt amazing in FP1 and also for most of FP2. We can do something really good for tomorrow. The most important point is to have the opportunity to be at the front, battling for the race."

"Today we planned on starting where we left off on Sunday. We worked on a couple of areas where we saw we could improve. But the very hot conditions made it difficult to make any evaluations, as the race will take part in the cooler night temperatures. We used FP2, like we did last week, to do a time attack and make sure we are in the top 10. FP2 has been one of the most difficult sessions we've had since arriving in Qatar. Suddenly we suffered from chatter and a lack of rear grip, probably due to this evening's conditions, but Fabio and Maverick did a good job handling the situation. We still have some tweaking to do to get them completely comfortable during FP3. Then in FP4 we will do a race simulation again before going all out in qualifying." 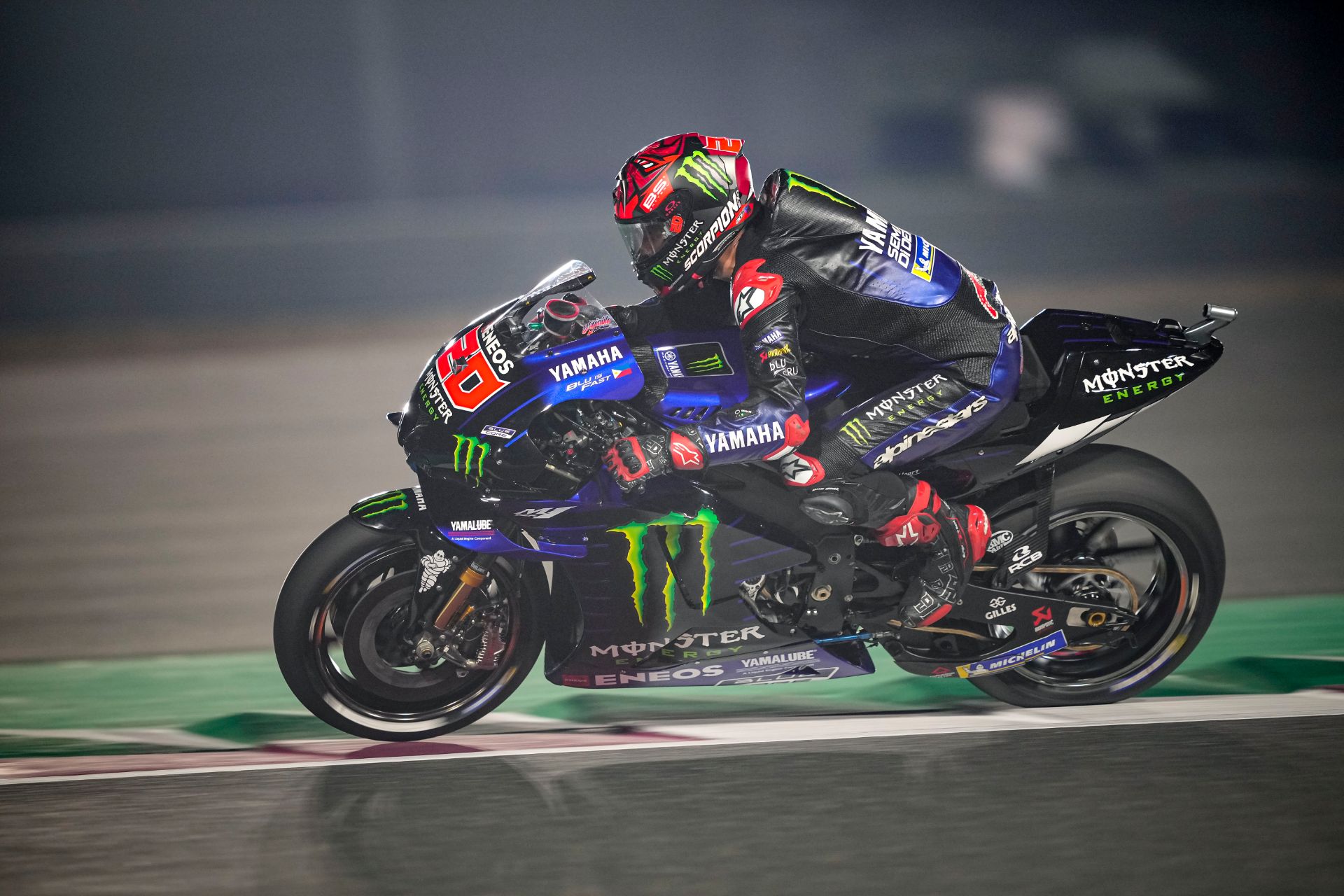