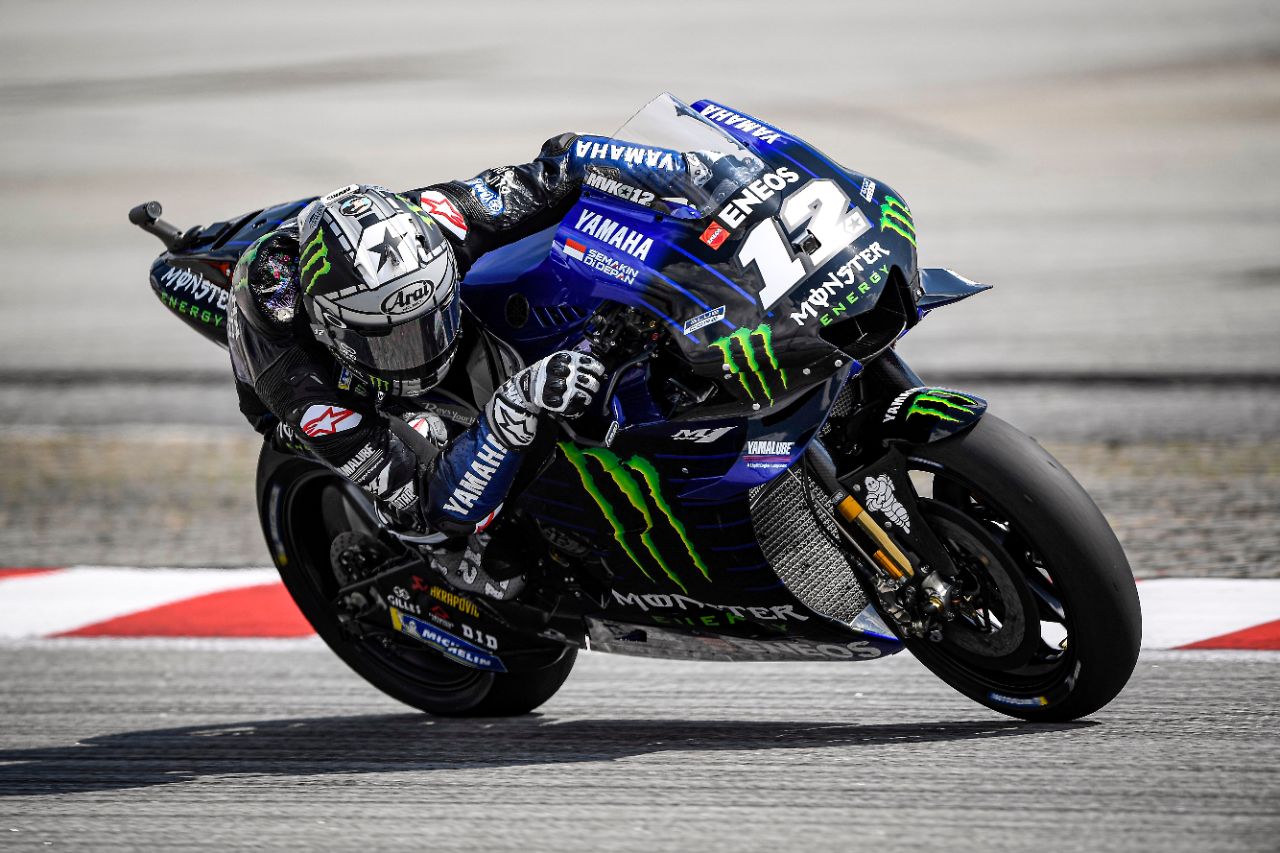 The Monster Energy Yamaha MotoGP Team have made their way back to Europe to wrap up the 2019 MotoGP season at this weekend‘s big finale, the Gran Premio de la Comunitat Valenciana.

Gran Premio de la Comunitat Valenciana.Maverick Viñales ended the overseas triple-header on a high note, taking a superb win in Malaysia. The dominant performance at Sepang gives him an extra spring in his step as he returns to his home country.

The local hero would like nothing better than to delight his fans with a top result and maintain his third place in the championship standings (he has a 7-point advantage over the rider in fourth place). Though he suffered an unfortunate crash in the wet at the Ricardo Tormo circuit last year, preventing him from joining the restart, he has fond memories of the track from previous years. He stood on the podium there twice. He secured a victory in his first Valencian 125cc race in 2011, and he graced the top step once more in 2013 when he claimed the Moto3 World Championship Title. His best MotoGP finish was a fifth place, in 2016.

Valentino Rossi is fully recharged since the three consecutive race weekends overseas and is looking forward to putting his head down for the last battle of 2019. He noticed some positive developments during the Sepang race weekend, improving rear tyre life, which he hopes to continue to develop this weekend.

The Doctor arrives in Spain determined to fight at the front of the pack again, like he did last year when he showed very strong form in the wet race, although unfortunately it ended in an NC result. He did, however, visit the Valencian premier class rostrum many times prior. He secured the win in 2003 and 2004, had second places in 2002, 2009 and 2014, and third places in 2005, 2008, and 2010.

The 4.0 km Circuito de la Comunitat Valenciana - Ricardo Tormo was built in 1999 and was immediately added to the MotoGP calendar. The Valencian GP is known as a must-be-at event, especially because it became the traditional closing round to the MotoGP championship in 2002. The circuit is often described as quite challenging. Its lay-out includes nine left corners, five right ones, an 876m longest straight, and it is ran anti-clockwise. The stadium-style grandstands can seat up to 150,000 spectators and provide them with a perfect view of all parts of the track as the riders go head to head one final time this year.

For those who want to get to know the Ricardo Tormo track better, check out Monster Energy Yamaha MotoGP eSport Rider Lorenzo Daretti‘s eLap. The Italian will also be present at the track this weekend to take part in the third and final round of the MotoGP eSport Global Series, for which two races (Phillip Island Grand Prix Circuit and Circuito de Jerez - Ángel Nieto) are held on Friday, 15th November. He is currently second in the championship standings, 4 points from first. Daretti's fight for his third-consecutive title will be broadcast live from 18:30 – 20:00 (local track time: GMT+1) on the MotoGP eSport channels.

I‘m very happy to head back to Valencia, feeling in such good physical shape and with a positive mentality after the victory in Malaysia. We are working very well with the team, and all the hard work done throughout the season is now paying off. We have found the formula to continue developing the bike for 2020 and that is what we are doing. My goal for this weekend is finishing the season with another victory or at least with another podium, in order to be the first Yamaha in the championship standings and to achieve the third position in the general classification. I can't wait to start working on next year. I think that this GP we will be a strong contender, and we‘ll fight for the victory from the beginning of the weekend. I really want to be able to show that we are ready to fight for the victory.

The final GP of 2019 has arrived. It hasn't been an easy season but in the last races we improved. In Malaysia we had a good race and we will try to do the same in Valencia, we want to try to go on the podium. After the last Grand Prix there will be two tests, one in Valencia and one in Jerez. These will be very important weeks. We will do our best!

We now head to Spain for the final race of 2019. Each year, the Valencia Grand Prix is a special occasion because we get to wrap up the season together with the European fans. Maverick has a good chance of keeping third place in the championship standings and Vale would like to fight for the victory again in Valencia, as a do-over of last year‘s race. Overall, we‘ll keep our goal for this weekend simple: we want to give the fans one thrilling last race weekend before the ’winter break‘, though we won‘t be resting. On the Tuesday after the race we will, of course, go straight back to work again to continue testing for 2020.