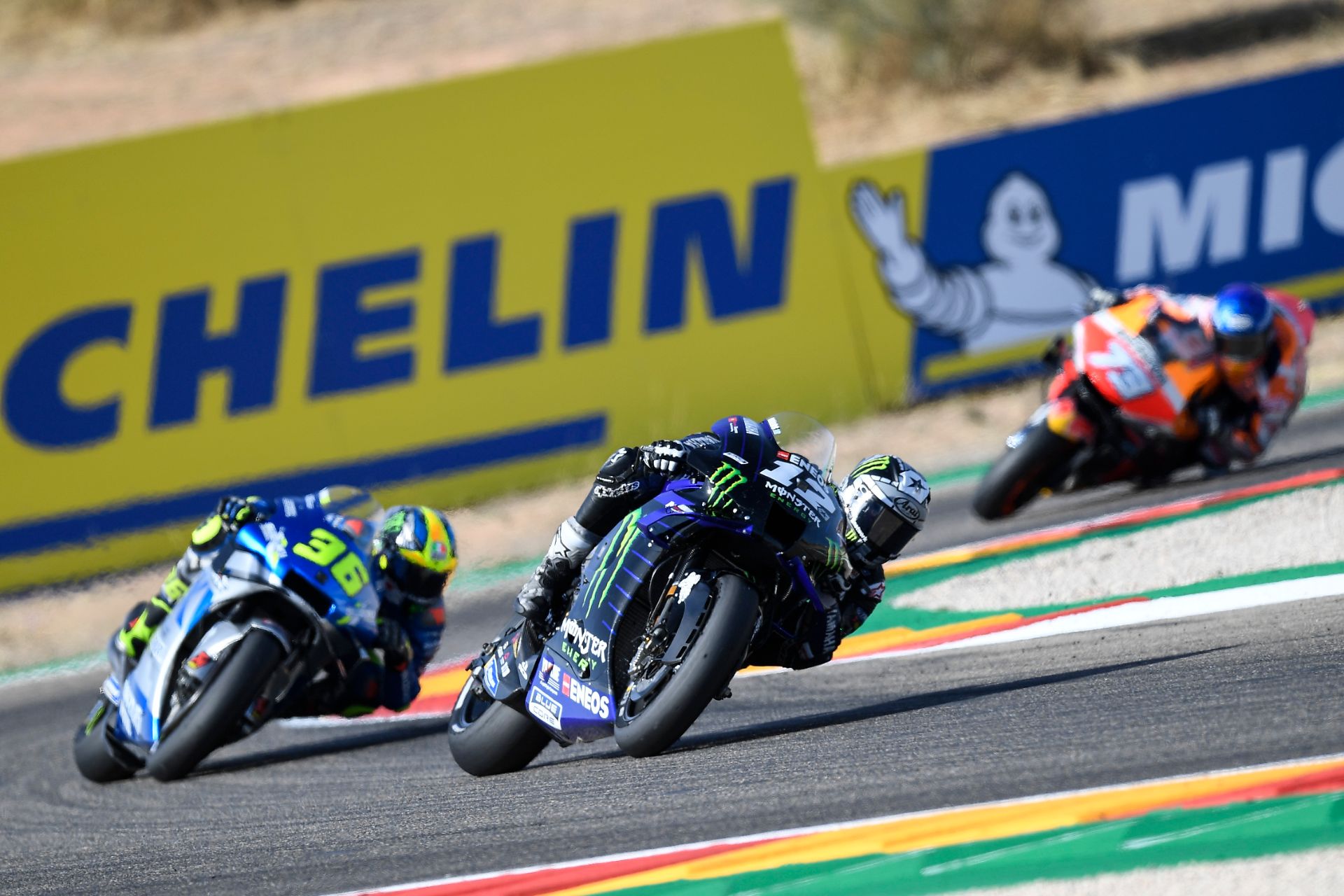 Monster Energy Yamaha MotoGP‘s Maverick Viñales put up a fight for the podium at the Gran Premio Michelin de Aragón race today until the very end. He finished in fourth place, 0.236s from third. The 13 points he collected helped him climb up to third in the championship standings.

Monster Energy Yamaha MotoGP‘s Maverick Viñales left it all out on track today at the MotorLand Aragón. His objective was to make a charge in the championship standings, and though he just missed out on the podium, he collected 13 crucial points that moved him up to third in the rankings, leaving the 2020 championship battle wide open.

Viñales had said he wanted to make the Aragon GP one of the best performances of his career, and his opening laps didn‘t disappoint. He had a superb start from second on the grid and was in a mini drag race to Turn 1 with Fabio Quartararo, who started from pole. Though it was Franco Morbidelli who took the holeshot, the two satellite Yamaha men went wide. Viñales seized the opportunity to snatch the lead. Once out in front, he produced a staggering opening lap and crossed the finish line for the first time with an advantage of over 0.7s. But it wasn‘t to last.

A few laps into the 23-lap race, Álex Rins was in hot pursuit. Top Gun didn‘t crack under the pressure, if anything, it spurred him on even further. But with 16 laps to go, Rins launched his first attack and Viñales had to let him pass. Five laps later also Joan Mir and Álex Márquez passed him. However, the Yamaha man had saved something for the end of the race.

In the last five laps the number-12 rider made a late charge, closing a gap of over 2s to battle with Mir for third place in the final lap. In the end he came just 0.236s short to join the podium celebrations, but today‘s efforts did earn him third place in the championship standings. He is now 12 points from first and 6 points from second, making him all the more excited to have another fierce battle at the MotorLand Aragón circuit next weekend during the Gran Premio de Teruel.

After today‘s race Valentino Rossi drops to 14th place in the overall rankings, with a 63-point gap to first. Yamaha remains first in the constructor standings, and the Monster Energy Yamaha MotoGP Team hold fourth in the team classification.

"I‘m so happy I had a good start. I was ahead of the group by 0.7s after the first lap. That gives me a lot of confidence. I was very happy with my opening lap. The soft front also gave me a good confidence this weekend. My problem was the rear. After five or six laps it had a big drop on the left side. I was losing time in sectors with a lot of left corners, but in the right handers I was quite fast, which was good. We got the maximum out of the bike today. We need to work for next weekend. Our bike has its strong points and weak points. We can't make its weak points stronger, but we can make its strong points even stronger by working in the direction that suits the Yamaha. The goal is to start at the front again next week and then put in a faster rhythm than today. At the end of the race, I was able to put in the fast laps again though. I rode those laps with my eyes closed. I was pushing that hard, because I wanted to have the opportunity to push Joan. I honestly tried, and it was good because now I know I have something extra to give in the last laps if I need to in the next few races."

"We didn‘t deliver a perfect race today. We wanted to be on the podium, so we definitely have work to do for next week, but at the same time there are positives to take away from this race. Maverick had a very good start and opening lap. It‘s a shame he couldn‘t hold on to the top 3 in the middle of the race. We had an expected drop of the rear tyre that remained constant until the end. Because of that, he lost contact with the front riders. Had he been just a little bit closer to the front riders, he would have been able to join the battle at the end, because his pace in the last five laps was really good. We think we can do better next weekend, but looking at the bigger picture, Maverick finished in front of two of his three key rivals in the championship today. Thanks to this he gained a position in the overall standings and is just 12 points from the top now. So, the championship fight is far from over. We will do whatever it takes to improve our performance for the next round." 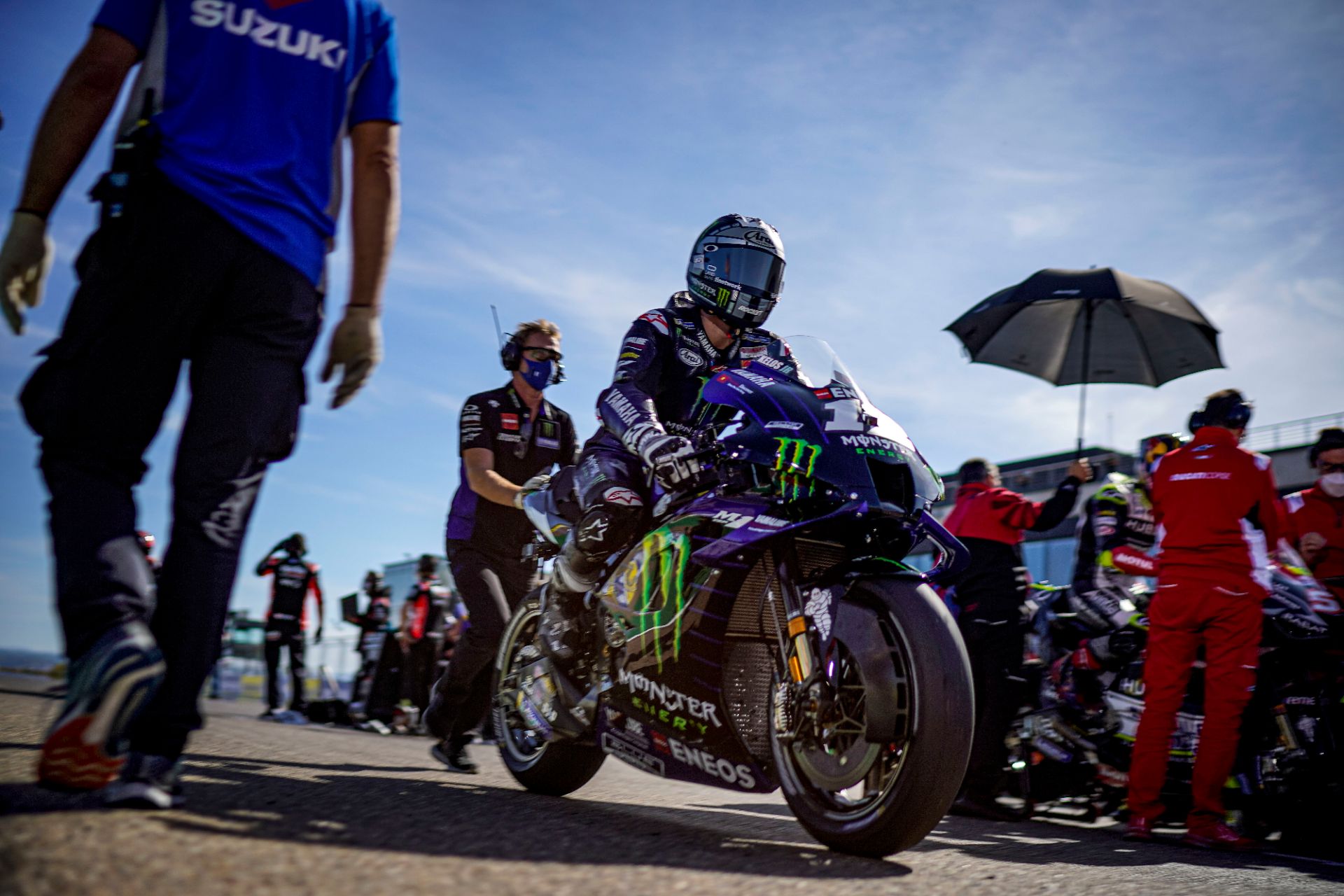