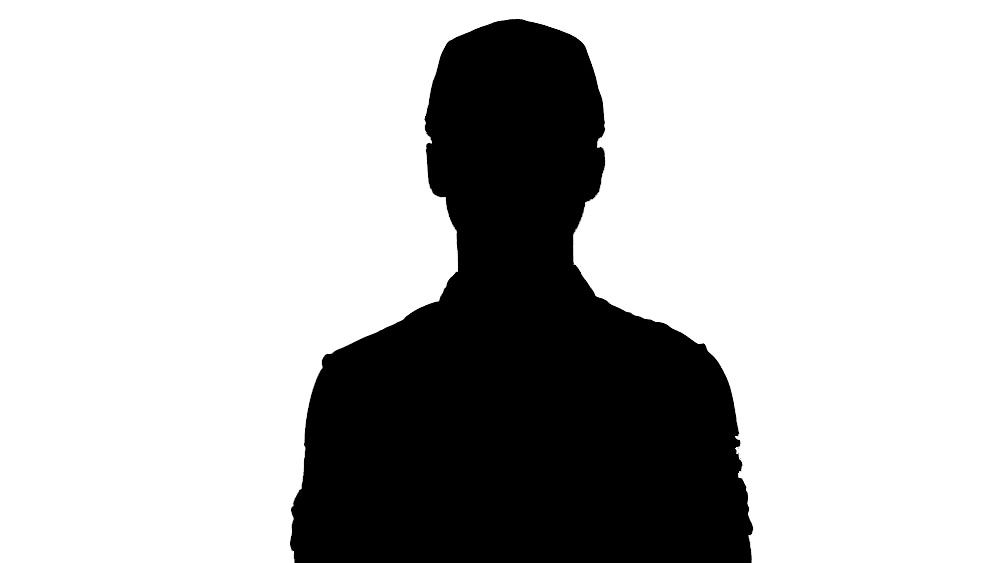 Born in Urbino, Italy on February 16th, 1979, Rossi was riding bikes from an early age thanks to the encouragement of his father Graziano, himself a former Grand Prix winner. Following an early start in go-karts, Rossi junior progressed to minimotos and quickly showed a talent for two-wheels, becoming regional champion in 1992.

Rossi’s 125cc World Championship debut came at the Malaysian Grand Prix in 1996 and he finished his first international season in ninth place with one race win. The following year he became the youngest ever rider to win the 125cc Title, winning eleven races along the way with Aprilia.

The pattern continued when he moved up to the 250cc class, taking second place in his first year before becoming World Champion in 1999, once again with Aprilia.

In 2000, he entered a new phase of his career when he joined forces with Honda in the 500cc class. He proved his worth once again by finishing second, before becoming the last ever 500cc World Champion in 2001. Rossi subsequently took the MotoGP World Title in 2002 and 2003, before moving to Yamaha and dominating again in 2004 and 2005.

Rossi made history by moving to Yamaha in 2004 and winning the season opening Grand Prix in South Africa, becoming the first rider in the history of the sport to win back-to-back premier class races for different manufacturers. He won 9 out of 16 races, to clinch the World Championship Title. It was Yamaha’s first Championship win for 12 years, and they got to celebrate it with a victory at the penultimate Grand Prix in Phillip Island. A final win at the Valencia Grand Prix also ensured that the Yamaha Factory Team won the Team Title.

Rossi continued to dominate during the 2005 season, winning eleven races in total, taking five pole positions, and only finishing off the podium once. In doing so, at that time, he became one of only five riders in the history of the sport to win the premier-class title on five occasions. He also helped Yamaha to win the Constructor and Team titles; ensuring Yamaha celebrated its 50th anniversary with one of its best ever years in Grand Prix racing.

2006 saw the Italian finish as the World Champion runner-up for only the second time in his premier-class career, having lost the title to Honda’s Nicky Hayden by just five points following a final-race showdown in Valencia. Despite narrowly missing out on the title, Rossi still took five race wins and five pole positions in 2006 (more than any other premier class rider) and stood on the podium ten times.

2007 was one of the hardest seasons of his career. Rossi took four race wins that year and several podiums, but his prodigious talents were limited by technical and tyre problems, as well as plain bad luck. The Italian missed out on the runner-up spot in the championship by just one point after his final race was wrecked by injury.

After a torrid two seasons, Rossi returned to winning form in 2008 and recaptured the MotoGP Title. The Italian won nine races - equal to his first season with Yamaha in 2004 - and stood on the podium at 16 out of 18 rounds. Notable highlights in an exceptional year included a seventh straight win at Mugello, a titanic duel with Casey Stoner in Laguna Seca (where Rossi had never previously won), and a historic victory at hurricane-struck Indianapolis. Rossi eventually took the title in the best possible way, with a victory at Yamaha’s home track in Japan, with three races to go. It was his eighth career title and his third with Yamaha.

2009 saw ‘The Doctor’ cross more milestones in his incredible career and take a ninth world championship title, his fourth with Yamaha. He showed that after 14 years of racing in the World Championship he was still the best rider of his generation and worthy of his crown. Rossi’s duel with his teammate Jorge Lorenzo reached epic proportions, with ‘the Battle of Barcelona’ due to go down in history as one of the greatest ever. Rossi was triumphant with an audacious last-corner move that saw him win by just thousandths of a second. His incredible run of Mugello victories came to an end, but he made up for it with a perfect performance at his home track of Misano, where he also took one of his seven pole positions. His victory in Holland was the 100th win of his career, further proof, if any was needed, that he truly is one of the greats. He finally secured the title at Sepang with several races still to run.

The next season was a challenge. The then reigning World Champion suffered a fall in practice at Mugello, breaking his leg and effectively ending any hopes of fighting against teammate Lorenzo for the title. As the season drew to a close, he made a comeback to score several podiums and a race win in Malaysia, wrapping up 2010 in third position despite having missed a total of four races. To the disappointment of Yamaha race fans the world over, it was at this point that the Italian chose to embark on a new adventure, leaving Yamaha for a two-year stint at Ducati.

It was with great excitement that the announcement finally came mid-season in 2012 that he would return to again partner Lorenzo in Yamaha Factory Racing, back where, many believe, he belongs.

The 2013 season proved to be a trying period. Rossi found it a big task to get to grips with the new qualifying system and the evolution of the Bridgestone tyres on the YZR-M1. Despite this, he made a welcome return to the top step of the podium with a victory in Assen and added a total of six podium finishes to his end of year tally.

The #46 rider was as enthusiastic as ever as he embarked on his ninth season with Yamaha in 2014. Looking to shake things up and get a fresh perspective, he took a big chance and opted to start the season with a new Crew Chief. Bringing Silvano Galbusera into the team proved to be a smart choice, the crew adapting quickly and working well together to achieve some impressive results. Rossi became a regular podium finisher and then made the extra step, sending his home crowd wild at the Misano circuit with a superb victory, a feat he was to repeat later in the year with a second win at Phillip Island to secure second in the final world standings.

Arriving to the 2015 season in top form and ready to attack, Rossi soon set the tone for Yamaha Motor Co., Ltd.’s 60th anniversary year. A win at Doha at the start of the 18-races long championship sent an early message that the Doctor was again going to be a force to be reckoned with as he let his experience shine. His strong opening race was followed by a total of 14 podiums, and thrilling victories in Argentina, Assen, and Silverstone. The only rider who could measure up to his flurry of consistent podium finishes was teammate Lorenzo. The fight for the title went down to the wire. Apart from two slight blips (Misano and Phillip Island), Rossi maintained a perfect podium score card until the final round. Though tension ran high in Malaysia and he was forced to start at the back of the grid in Valencia, he still managed to ride from 26th position to 4th place in a thrilling race that will be remembered as one of the best comeback-races in MotoGP history. However, despite showing his undeniable talent and dedication, it was not enough to secure him his tenth MotoGP World Championship title and he ended the season as the runner-up, five points behind his teammate.

Rossi meant business again in 2016. He climbed the rostrum for the first time that year in Argentina. Though struck by external circumstances on occasion, ‘The Doctor’ never lessened his attack and went on to secure nine further podium finishes, with wins in Jerez and Catalunya, remaining a key protagonist in the 2016 challenge until the overseas leg at the end of the year. He just missed out on the trophy, but secured the Vice-Champion Title for the third year in a row. Rossi’s and his teammate’s consistent drive did bring Yamaha its seventh FIM MotoGP Team Title.

2017 was a year full of highs and lows for the Italian. He started the season as a real contender for the Title, securing three consecutive podium finishes in Qatar, Argentina, and America, before the first trials came in Europe. Rossi had hoped to recover from a difficult weekend in Jerez by securing Yamaha’s 500th Grand Prix win in Le Mans. Unfortunately, a sensational battle with his teammate, Maverick Viñales, ended prematurely as it resulted in a DNC for the Italian. Soon after, ‘The Doctor’ had his first injury scare of the season. An MX accident saw the home hero arrive less than 100% at the round in Mugello and subsequently Catalunya. In Assen the crowds’ favourite was fully fit again and he marked the occasion by securing a brilliant win from fourth on the grid. After the summer break Rossi came back strongly with second places in Brno and Silverstone, when lightning struck twice. Before his second home Grand Prix, held in San Marino, the #46 rider suffered an enduro training incident and was forced to sit out the race after being diagnosed with a broken right leg. Nevertheless, the then 38-year old kept his determination and showed it by making an early comeback at the very next Grand Prix in Aragón, just 23 days after receiving surgery. Rossi’s highlight of the overseas races was the second place he took in Australia, with Viñales making it the team’s fourth double podium of the season, as he secured third. Rossi ultimately finished the season in fifth place in the rider standings.

2019 was a hard-fought season for Rossi as he struggled to find a consistently quick setup for his M1. A second place finish at round two in Argentina and second in both qualifying and the race in round three at COTA were the highlights of his season, with consistent top ten finishes throughout the year and a front row qualifying in Great Britain hinting at the potential yet to be unlocked within his bike.

For 2020 Rossi stayed with the Monster Energy Yamaha MotoGP Team alongside Maverick Viñales, but the coronavirus pandemic had an impact on the Italian getting into a good rhythm. The Andalusian GP was a highlight, with Rossi standing on the podium in Jerez for the 15th time in his career. He went onto take three top five finishes over the next four races, but three consecutive non-finishes followed and he was look to bounce back ahead of the Aragon double-header. However, just before the 10th round, Rossi contracted Covid-19 and was forced to sit out both races. He returned in Valencia and ended the season with two points finishes.

Rossi will now move to the Petronas Yamaha SRT Team for 2021, bringing his most recent six-year tenure with the factory Yamaha squad to an end. His new teammate will be Franco Morbidelli, a talent who enjoyed a breakthrough season in 2020, and Rossi will likely play a key role in furthering his protege's development.