As a youngster, Geerts carried the number 93 through title-winning campaigns inside the EMX85, EMX125 and Junior Motocross World Championships before turning pro in 2018. "I had always ridden with 93 before I went to MX2," he said, "so I really wanted 93 again as my race number and now the rider in MXGP who used it the last years quit racing the GP's, so then I could become 93 again" he smiled.

93 Seconds With Jago Geerts in 2021 ft. CRASH Footage from Trentino 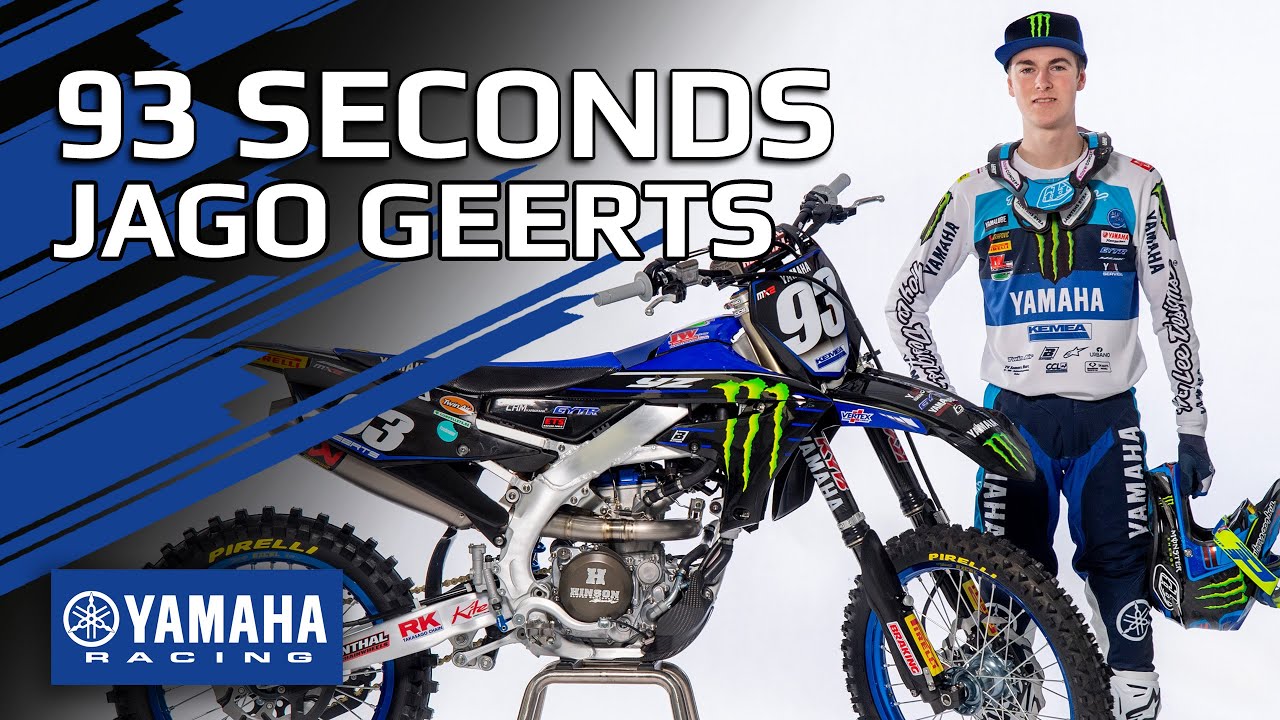 In 2020, Geerts steered his YZ250FM to 14 race wins, matching the win rate of the eventual World Champion. "Tom (Vialle) was more than consistent than me in 2020," he admitted, "I had really good starts that year, a lot better than the last years, but just in the last few races, I made too many mistakes and I wasn't feeling really that good."

"My speed was still there, but I crashed too much and made some stupid mistakes, you also learn from that and I think that it worked out as good experience for this year, for me to try to keep myself focused for the whole season."

Geerts has power vaulted his way up the MX2 ranks since making his debut, celebrating 15 race wins and 19 podium finishes on his way to two championship medals in 2019 and 2020. Despite his evident talent and impressive results as a young star on the rise, he has already endured many frustrations. "I learned a lot last season," he divulged, "the season is long, and you need to be consistent throughout the whole season to fight for the title. I learned a lot about the bike and the bike set up, just that the bike needs to be 100% or you are going to make a lot of mistakes when you don't have a really good day. So that is what I want to take into this year. I just want to focus more on the bike and focus on myself that I am always 100% ready for the next race."

Asked whether he has made any changes to his YZ250FM in the off-season, Geerts said, "we have done a lot of testing with the suspension and some different parts. I am really happy with the bike now and I think we made some improvements with the suspension. I think I will be ready when the season starts."

After securing the silver medal in 2020, Geerts suffered a shoulder injury in the final race of the year at the MXGP of Garda-Trentino in Italy. "It was a pretty difficult injury," he said, "for sure the first few weeks I couldn't do much and it was pretty painful, but then after 4-weeks I got a checkup, and everything was going good and I could start physical therapy. After that, it went better and better and after seven or eight weeks, I was back on the bike."

With the FIM MX2 World Championship expected to kick off in two months' time, Geerts is gearing up to go after his first MX2 world title. "I think I am ready to fight for the title again." He concluded, "I had the speed already last year, so I think when I am a little bit smarter, and I try to ride more consistent that I have a chance at the title."