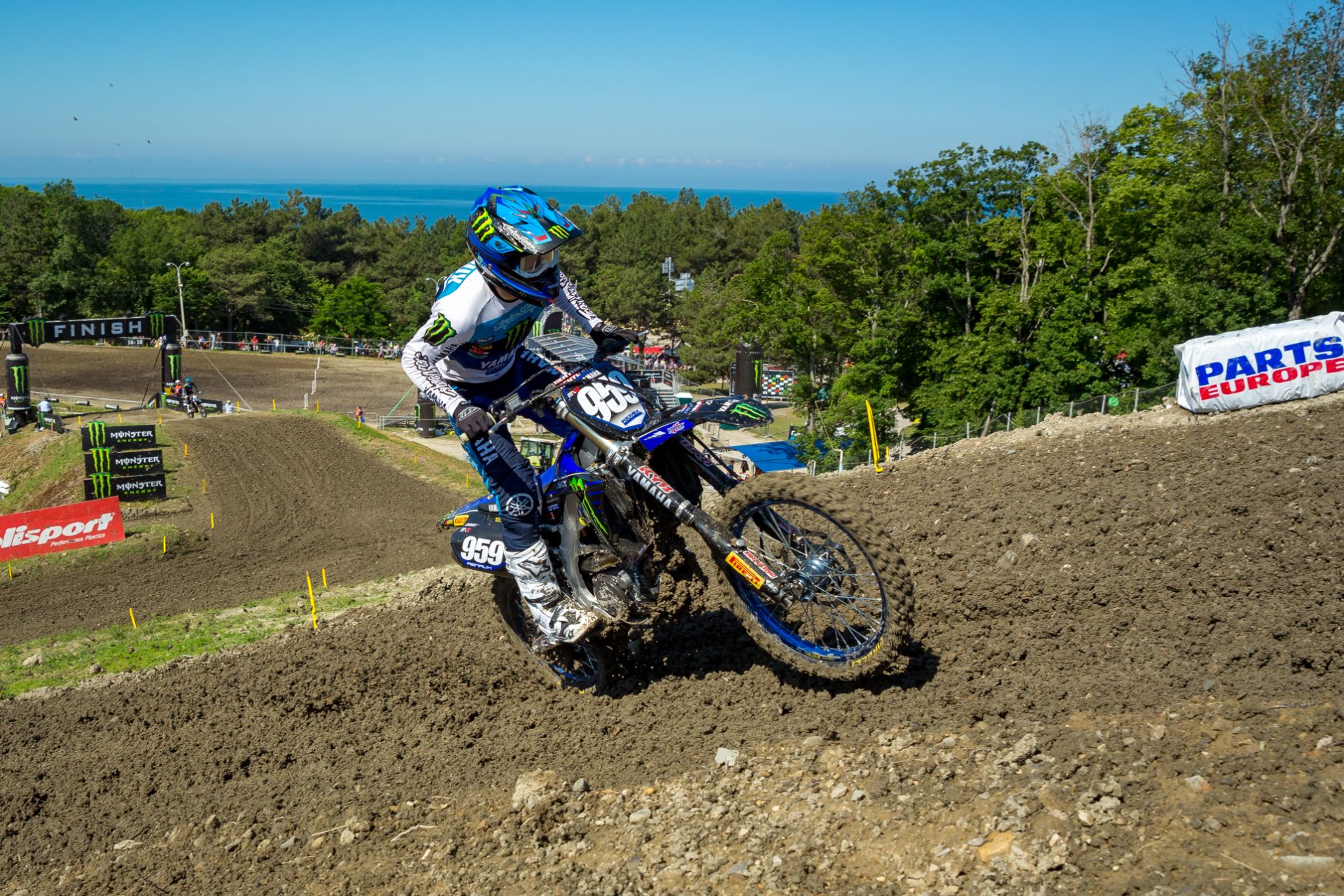 Monster Energy Yamaha Factory MX2’s Maxime Renaux has started his MX2 World Championship campaign with sixth overall following a decent showing of speed and fight in both races at the opening round of the FIM Motocross World Championship in Orlyonok, Russia. Teammates Thibault Benistant and Jago Geerts had a day of ups and downs and were eventually classified 11th and 12th, respectively.

Getting the season off to an encouraging start, Renaux and Benistant quickly proved their potential as they challenged pole position in the Timed Practice session. Renaux ended the run in fifth position, with his French compatriot close behind in seventh. Not feeling 100% after picking up a knee injury one week ago, the current vice World Champion, Geerts, was 21st.

The first race of the season saw the MX2 pack go bar-to-bar for a place inside of the top-10. All three Yamaha Factory riders were squeezed off the line and pushed outside of the top-15.

Showing flashes of brilliance throughout the course of the 18-lap race, Renaux made some incredible passes as he stormed forward from 18th position up into a top-five slot. The ‘959’ flaunted his sheer speed and phenomenal skill as he fought hard for every single point gained before making a small mistake in the latter stages of the race. The gritty Frenchman eventually finished sixth.

After posting a blisteringly fast time in practice, rookie sensation, Benistant, had to experience what it is like to battle through the field in MX2 after a poor start. Taking the experience in his stride, the 18-year-old struggled to find his rhythm in the early stages but managed to claw back ten places to finish in 15th position.

Geerts had to settle for trying to accumulate as many points as he could, especially after he was involved in a crash that came through no fault of his own. After a spirited ride, he ended up salvaging 4-points for 17th position.

An enthralling final race saw Geerts and Benistant closer to where they are expected to be as they powered their YZ250FMs past some of the fastest 250cc motocross riders in the world to finish sixth and seventh, respectively. Teammate, Renaux, impressed once again as he battled back to ninth, from dead last after looping out in a rutted corner on lap-1.

In the face of the hardships, the Monster Energy Yamaha Factory MX2 team remains upbeat, focusing on the positives as the series heads to Matterley Basin in the United Kingdom – the same venue at which Geerts, and the Hans Corvers led team, took the championship lead in 2020.

For full results from the MX2 Grand Prix of Russia, click here.

“Not the best day for me. Two bad starts. I had to fight to come back in both. I crashed in the first race and came back sixth, but that was quite difficult because I had quite a lot of pain on my belly. In the second race I had quite a big crash and I had to fight all the way back to ninth from last position. My pace is not so bad, but bad starts and these crashes mean it could have been better for me today.”

"For me there were positive points and negatives today. I struggled a little bit with the start. I don’t know what I did wrong, so this is something we will work on a lot over the next two-weeks in preparation for England. I have good speed, but I took too much time to find my rhythm, so once the fast guys have gone away, it’s quite difficult to catch them and pass. I am still young and a rookie, so I just need to take the experience and learn every week to get better and better."

`'I’m actually really happy with today. At the beginning of the week, I didn’t think it would be possible to ride here. So, we did as much as we could with the physiotherapist, and many things to make sure my knee could heal well. I struggled a bit in Timed Practice because I didn’t have confidence in it, but throughout the day it got better and better. In the first heat I was just a bit unlucky. I got a bad start and taken out by another rider. I still got a couple of points which was actually my goal when I came here. In the second race, I got a better start and finished sixth and I am really happy with that. ``'