On a weekend that was marked by stifling hot temperatures, an extremely slick high-speed track and costly errors, SM Action M.C. Migliori Yamaha's Maxime Renaux impressed with a career best second-place finish in the final race, while Monster Energy Kemea Yamaha MX2's Jago Geerts fought hard to finish inside the top-ten at the 12th round of the FIM MX2 World Championship in Semarang, Indonesia.

In the opening race of the day, Geerts exited turn-one in sixth position. Because traction was so hard to find out on the high-speed circuit, it was also difficult to pass.The '193' made an attempt to move into the top-five but ended up clipping the back-wheel of Mathys Boisrame and fell to tenth. Unable to bounce back in the sweltering heat, the youngster had to settle for tenth. He was two positions behind Renaux who rode solid for eighth.

Out for redemption in Race 2, Geerts replicated his start from the first race and was sixth on Lap-1. The youngster was patient in the first half of the race but still fell foul to the 'concrete-like' surface of the track.

19-year-old Frenchman, Renaux, stood out from the crowd as he used his impeccable throttle control and line selection to finish second place, 3-seconds adrift of the defending World Champion, Jorge Prado.

Renaux narrowly missed a maiden podium appearance by 1-point. He was fourth overall for the second Grand Prix in a row. Geerts bounced back from his mistake for sixth, and ended up ninth in the Grand Prix classification.

After a luckless run of events, Geerts has dropped back to fourth in the MX2 Championship Standings and is already looking forward to the next round of the championship which will take place in Loket, Czech Republic on the weekend of July 28th.

Ben Watson was unable to race the Grand Prix this weekend after an X-Ray revealed that he had done further damage to his broken hand when he attempted to race the Indonesian Grand Prix in Palembang five-days ago. An update on the Briton's return to racing will be published when available.

It was a difficult weekend for me. The track was difficult, and I thought they put too much water on the slick places, which was pretty sketchy. I didn’t get really good starts and I crashed in both races. I made some small changes between the first and second races, and that was a bit better, but I still crashed. So now I am just looking to bounce back in Loket. 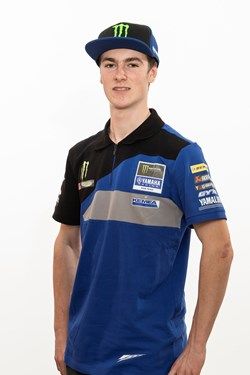