Yamaha Motor Europe celebrated the success of its 2020 racing strategy as the MX2 Manufacturer of the year thanks to the excellence of the YZ250F and the skill and determination of riders Jago Geerts, Ben Watson and Maxime Renaux, all three of whom visited the top step of the podium over the course of the season.

This achievement marks Yamaha's third Manufacturers crown since the class was reinvented as MX2 in 2004, with the first title coming in 2005 and the second following two years later in 2007.

Spearheaded by the Monster Energy Yamaha Factory MX2 team, which was reintroduced in 2020 after a five-year hiatus, and strengthened by the addition of the SM Action M.C. Migliori Yamaha Supported Team, Yamaha celebrated 18 race wins, 23 podium finishes and nine Grand Prix wins on its way to the 2020 MX2 Manufacturers title. 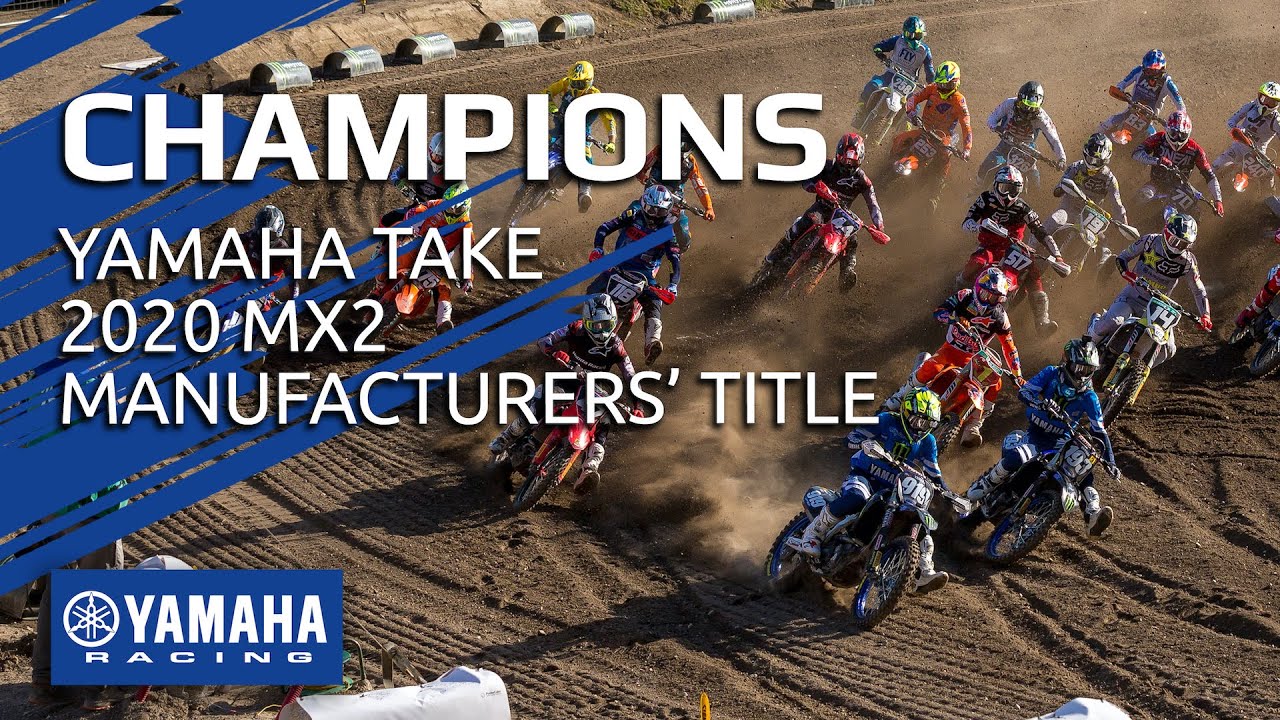 While Renaux’s achievements had already confirmed the competitiveness of the ‘non-Factory’ YZ250F, the strength of the world-beating motorcycle was further affirmed by Hutten Metaal Yamaha Official EMX250’s Thibault Benistant, who took his YZ250F to the top of the EMX250 Championship in just his second season in the class.

Just three days after he was crowned champion, Benistant signed on to race the next three MX2 Grands Prix. Racing his EMX250 Championship winning YZ250F, the 18-year-old debutant impressed with two top-three race finishes and a top-five overall finish in his third-ever Grand Prix.

Proving the dominance of the YZ250F across the board, Yamaha also won its fifth WMX Manufacturer’s title thanks to the combined efforts of Nancy van de Ven and Larissa Papenmeier. Throughout the five rounds of the WMX World Championship, van de Ven won three races and mounted the podium four times to finish as the 2020 series runner-up. Papenmeier joined her counterpart on the podium and collected the bronze medal with two Grand Prix wins, one race win and four podium finishes.

Reinforcing Yamaha’s strategy to develop the next generation of MXGP champions from within their own ranks, Watson, Renaux and Benistant will all progress up the Yamaha Racing pyramid in 2021. Watson will join highly experienced 450cc riders Jeremy Seewer and Glenn Coldenhoff under the awning of the Monster Energy Yamaha Factory MXGP team to contest his first season aboard a works Yamaha YZ450F.  Renaux and Benistant will join Geerts inside the Monster Energy Yamaha Factory MX2 team, forming a potent line-up for Yamaha as it looks to defend the MX2 Manufacturers crown and challenge once again for the riders title in 2021.