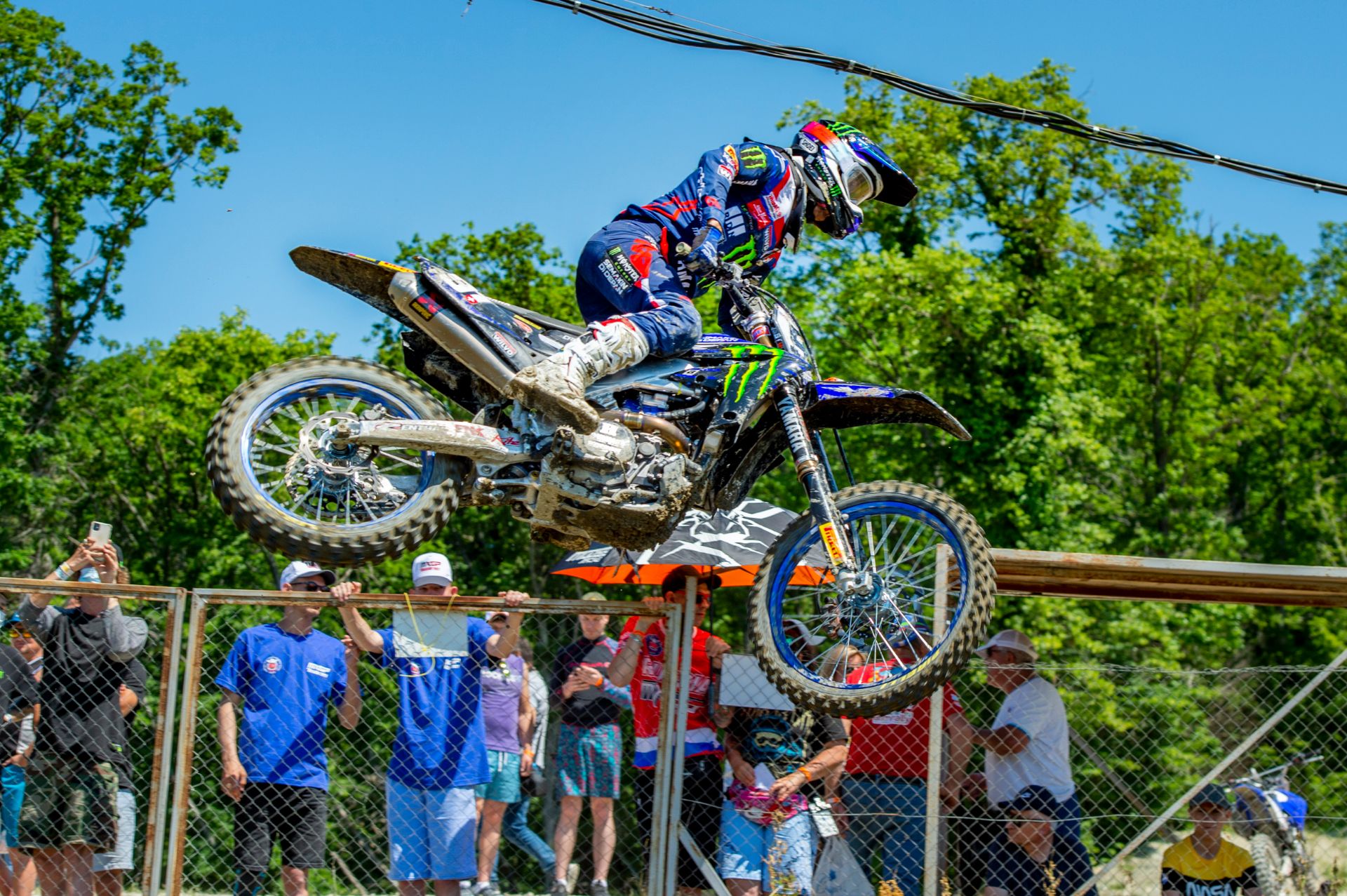 A challenging opening round of the 2021 FIM Motocross World Championship saw Monster Energy Yamaha Factory MXGP’s Jeremy Seewer post solid points. He rounded out the top five in Orlyonok, Russia, with a 6-5 scorecard. Teammates, Glenn Coldenhoff and Ben Watson, faced adversity in both races to finish 17th and 23rd.

All 19 rounds of the FIM Motocross World Championship will operate on a one-day format in 2021 due to the Coronavirus pandemic. This means that there will be no Qualifying Races this season. Instead, the riders are given one 45-minute practice session in which they need to make any required changes to the set-up of their YZ450FMs. Each rider needs to put in a fast lap in that same practice session, which will determine gate-pick.

In Timed Practice this morning, the lap times were close. Seewer finished as the best-placed Yamaha rider in sixth while Coldenhoff posted a good enough time for ninth.  MXGP’s newest rookie Watson struggled to get comfortable on the track and finished the session in 21st.

In the opening race of 2021, Seewer rocketed out of the gate for a top-10 start, while teammates Coldenhoff and Watson were sandwiched off the line and shuffled to the back of the pack.

Watson crashed during the frantic hustle of the first lap, while Seewer stayed cool, calm and collected as he tried to conserve energy in the stuffy 30-degree heat.

Good starts are vital in MXGP, particularly at fast-paced venues where all of the riders are relative in speed. Coldenhoff managed to fight back to 10th despite suffering a bent front brake and some discomfort in his knee after another rider aggressively crashed into the side of him.

Seewer was content with sixth at the checkered flag, while Watson scored his first MXGP Championship point in 20th.

The second and final race of the day was a battle of attrition for the Monster Energy Yamaha Factory MXGP riders. Coldenhoff got off to a blistering start on his YZ450FM but was wiped out at turn-one, while Seewer managed to complete the first lap inside the top-five.

The extremely dry and slippery clay in Orlyonok caught out many of MXGP’s finest today. One of its victims was Seewer, who suddenly lost traction on the face of the finish-line jump and crashed spectacularly. Reaffirming his status as one of the main protagonists this season, the '91' bounced back from his fall to finish fifth, while Coldenhoff and Watson felt the track was very unpredictable and were happy to finish the race in one piece – they were 18th and 21st at the flag.

Although the goal for the opening round of the 2021 FIM Motocross World Championship was higher, the team and all three riders remain optimistic for the next round of the series that will take place at Matterley Basin, in Winchester, England, on June 27th.

For full results from the MXGP of Russia, click here.

“Considering how both motos went for me today, the result is not too bad. I managed some good points, which could have been a bad weekend. The track was sketchy; the speed is high. I am happy this one is done. I am in one piece. It felt like ice out there. Top five was the goal here and I think I achieved that. It’s a good place to start and good to have some points in the pocket. I am still not 100%, I am recovering from a problem I had before the season, but I feel good with the team and the bike. My time will come soon.”

“I felt good this morning; I had a good feeling in practice. My start this morning was not so great. That made things difficult, and then somebody ‘t-boned’ me and that hurt my knee a lot. It also bent my front brake, so to ride a track like this with no front brake was very difficult. After I managed to fix the front brake a little bit and things started to get better. I really owe it to the physiotherapist Phillipe to make me ready for Race 2. I had a good start in the second race, but I got hit from the inside and had a very big crash. Then I made a mistake and got stuck in a really deep hole off the side of the track for some time. I don’t even know where I finished. It’s good to get some points, but overall it was a very disappointing day.”

“I’ve been struggling all day. Qualifying never is my strongest point, but especially on a track like we had today where you need to take some risk. I never felt comfortable doing so, so I rode on safety mode all day and in this class, you’re never going to be fast if you do this. It was just one of those days. I am just happy to come out in one piece. I’ve had a couple of crashes today, and one of them was really scary. But I am okay and I’m healthy, so I am going to stay positive. I know what I am capable of. I won’t let this affect me. There are better days to come.” 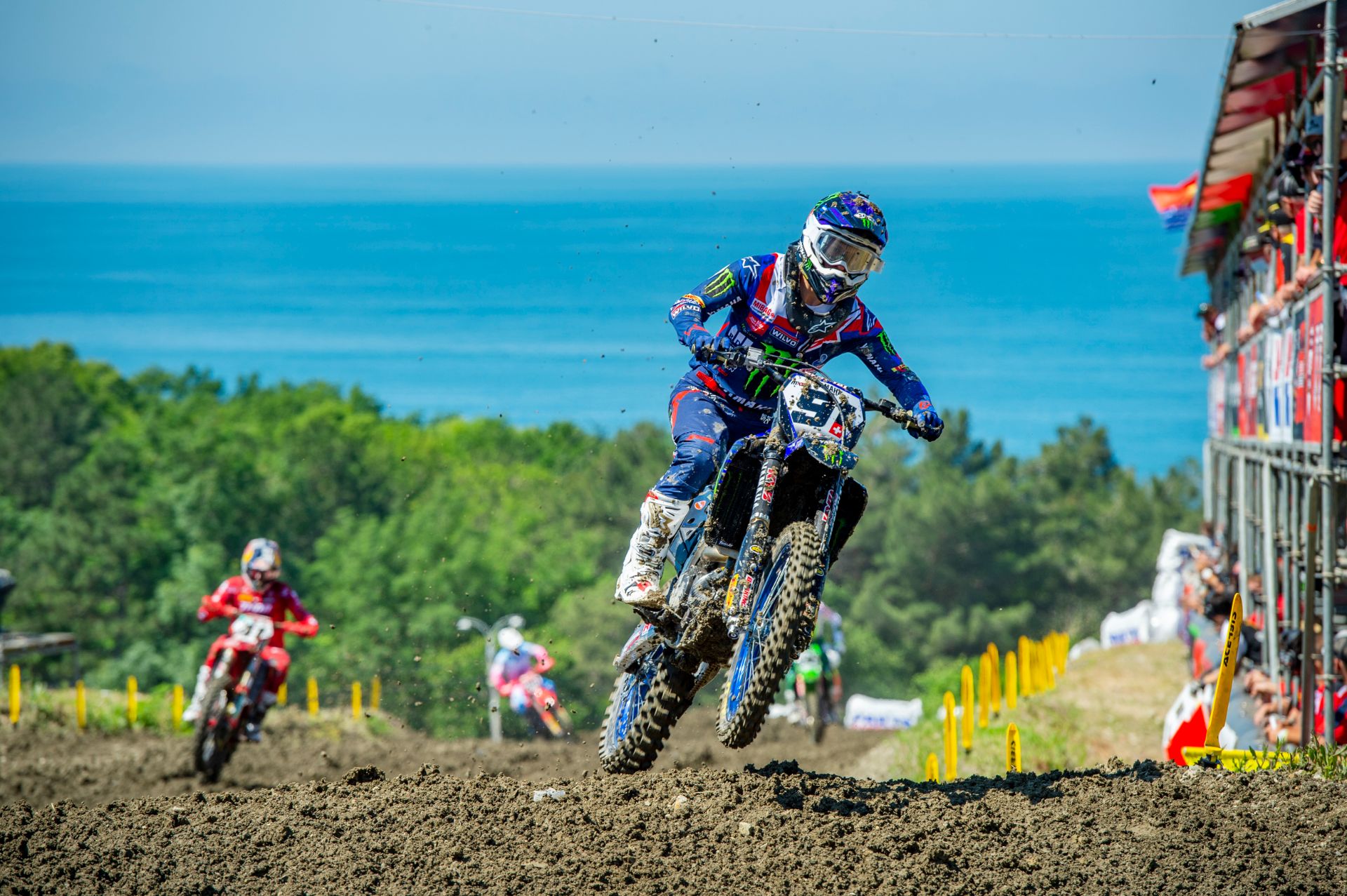