The Monster Energy Yamaha Factory MXGP team had to endure the highs and the lows of Grand Prix racing today at the fourth round of the FIM Motocross World Championship in Oss, The Netherlands, with the highlight of the weekend being Ben Watson’s first top-five finish in the premier class – he was fifth. After a thrilling opening race that saw Glenn Coldenhoff finish second position and Jeremy Seewer run the pace for fifth, a massive second-corner crash spoiled the overall result. Seewer managed to bounce back and salvaged enough points to finish sixth overall, while Coldenhoff finished 12th.

An electrifying opening race saw the Oss-born Coldenhoff put on an impressive show for his home crowd. The ‘259’ got off to a blistering start aboard his YZ450FM and quickly took the lead on the opening lap. From there, the Dutchman had the fans on the edge of their seats as he kept former world champions Romain Febvre, Tim Gajser and Jeffrey Herlings, at bay. With 2-minutes left on the clock, an incredible late-race duel saw ‘The Hoff’ lose the lead to Herlings. He still defended a narrow margin from Gajser to finish second place.

In exceptionally hot and sunny conditions, Seewer was smooth and consistent around the rough and bumpy sand circuit. The Swiss star found his place in fifth position on the opening lap and remained unchallenged as he kept the front runners in his sights for the entire 30 minute plus 2-lap race duration.

Continuing a notable curve of progression, Watson challenged a plethora of former World Champions on his way to ninth position.

Motocross is a sport of peaks and troughs, and unfortunately, the Monster Energy Yamaha Factory MXGP team experienced it all in one day. Seewer and Coldenhoff ended up at the bottom of a multi rider pile-up at turn-two in the final race of the weekend. Seewer was the first to fall after another rider made a mistake and drifted into his line and ended up getting hit by an abundance of riders behind him.

Fortunate to come away unscathed, Seewer’s performance back to 10th place was nothing short of heroic. Coldenhoff was not so lucky. The Dutch star took a hefty knock and was unable to return to his usual speed. He ended up finishing outside of the points.

On a bright note, Watson proved his potential as he challenged the top five for the entire race. Although the young Brit feels he is still learning his craft on the 450cc, he has already built a solid foundation. He finished sixth in race two, which was enough for a career-best fifth overall.

Watson is currently the best-placed rookie in MXGP. The 24-year-old has moved up into the top-10 in the championship standings. Seewer and Coldenhoff remain sixth and seventh, respectively.

The next round of the FIM Motocross World Championship will take place next weekend in Loket, Czech Republic.

For full results from the MXGP of The Netherlands, click here.

5th MXGP of The Netherlands, 27-points

“I feel like I am making great progress at the moment. Of course, this is the goal, it’s only my first year in MXGP and I understand that there is still a lot to learn. The first round of the MXGP series this year felt like a disaster to me, but I already learned a lot there, and all those challenging days build up to great days like these. I am really happy with how I am progressing, and I am happy about today’s result. We will keep going.”

6th MXGP of The Netherlands, 27-points

“I am pretty happy with this weekend because the last few GP’s we have struggled with some health issues, and this weekend I felt like I have overcome it, especially on a track like this that was so physically demanding. Coming from not the best shape, here, this was the perfect test and I was happy with how I managed. I felt almost back to normal and like I was back in my groove. I was easily fifth in the first race; riding was smooth and easy and the front guys weren’t getting away. I got hit by many guys after crashing in the second moto, so I am just happy I survived this GP; there are still many to go, so now I am just looking forward to Loket.”

12th MXGP of The Netherlands, 22-points

“Looking at the positives, the first race today was really good. I was feeling really good on the track all day, and also, in front of the Dutch fans is also always really special. In the first race, I got a really good start and was able to lead almost the entire moto, but Jeffrey (Herlings) got me near the end, and I finished second. I was still pretty happy with that. And then in the second race, I don’t know what happened. I guess it was a really big crash, and I was a bit shaken up by that, so I struggled to come back. The result was not what I wanted or expected, but it’s racing, and there are still 15 rounds remaining.” 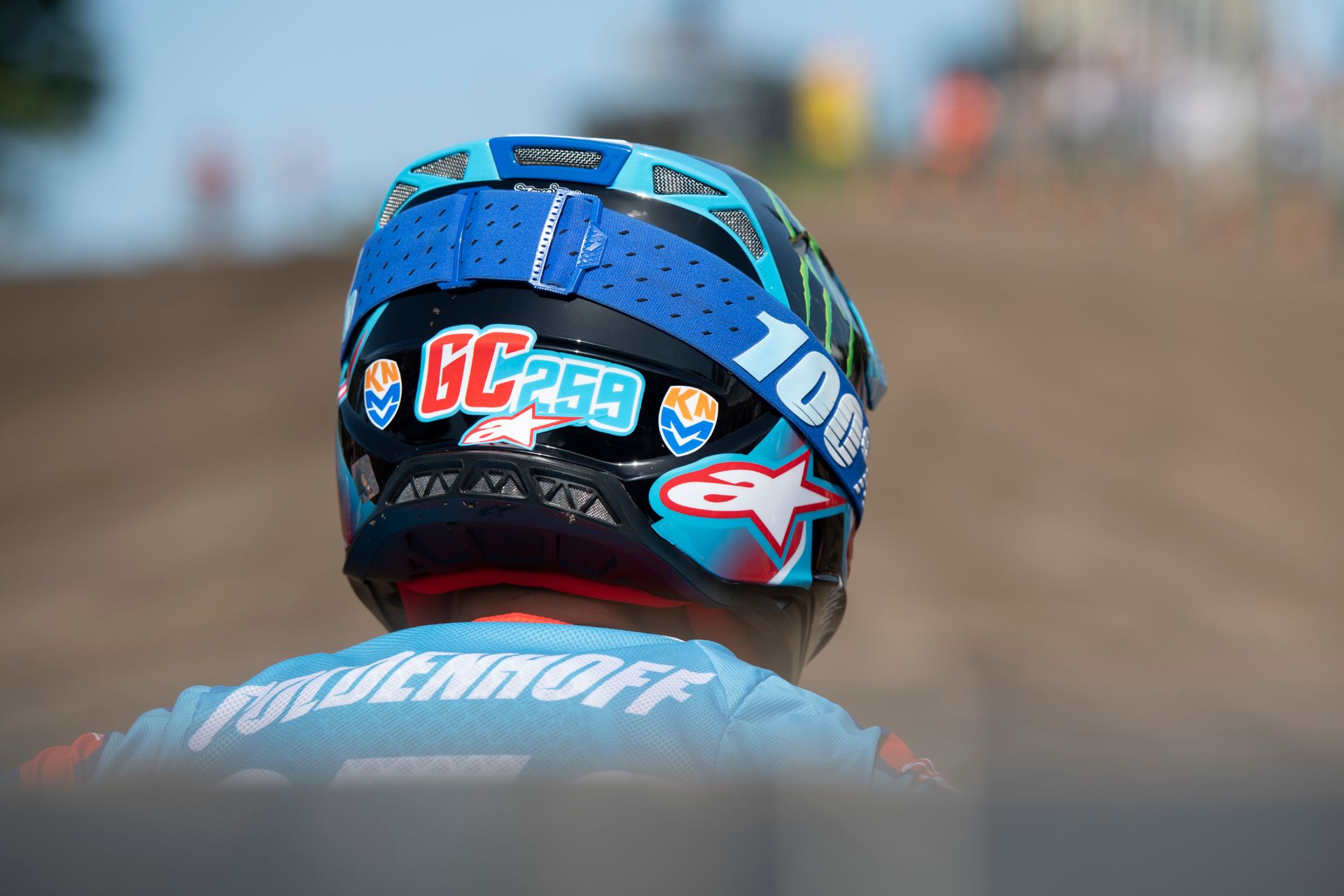