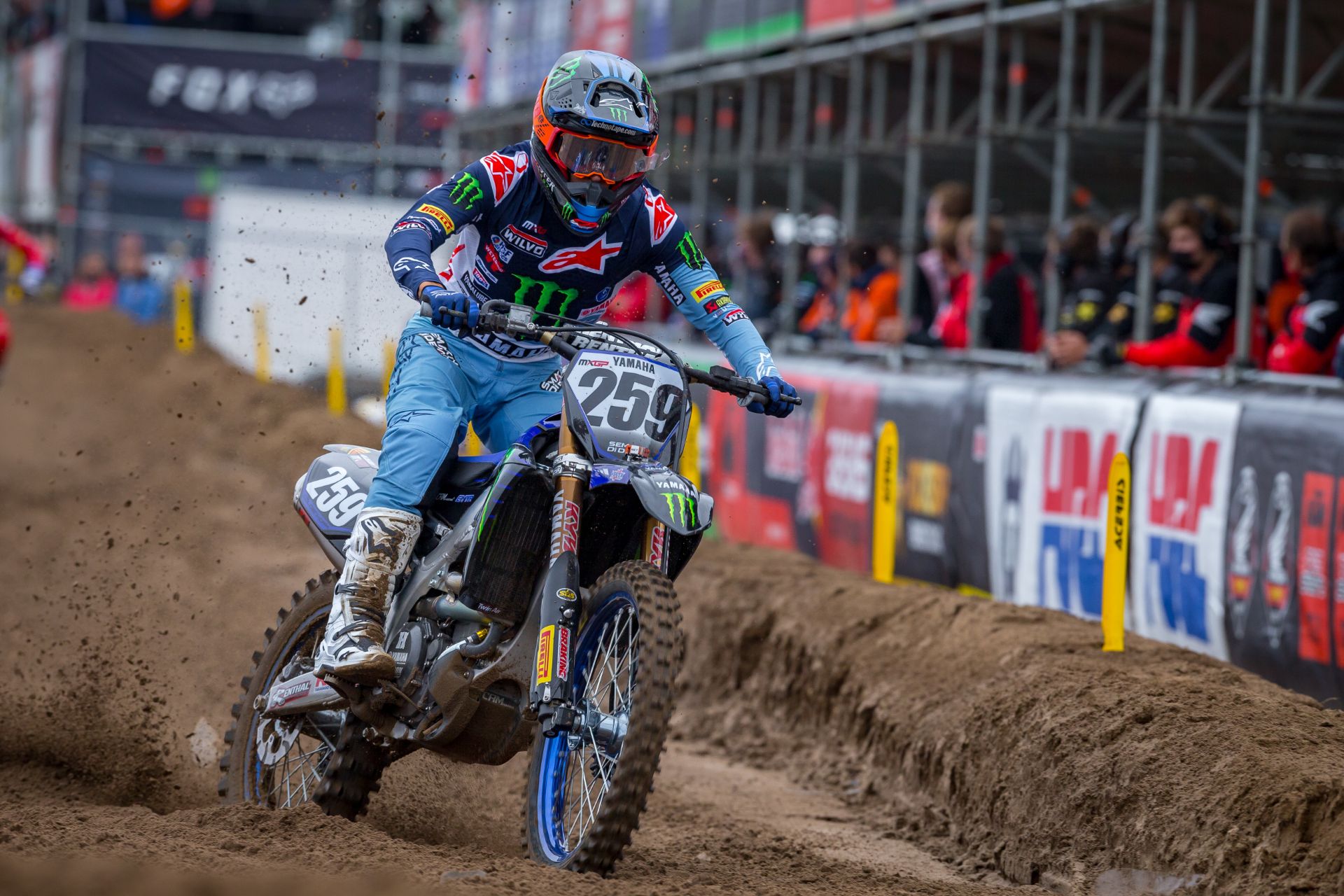 The Monster Energy Yamaha Factory MXGP and MX2 teams are currently preparing for a fourth consecutive Grand Prix as the MXGP series heads to Kegums, Latvia, for the seventh round of the FIM Motocross World Championship.

Looking to put the woes of Lommel behind them, the Monster Energy Yamaha Factory MXGP trio is determined to bounce back in Latvia. Currently sixth in the MXGP Championship Standings, Jeremy Seewer has fully recovered from his pre-season health struggles and feels ready to return to the front of the pack where he hopes to defend, if not improve on, his vice world champion status. The Swiss star loves the technically demanding sand of Latvia, on which he challenged a race win and finished second overall at the MXGP of Riga last year. This weekend he enters the venue determined to challenge a place on the podium.

Glenn Coldenhoff has enjoyed a lot of success at Kegums throughout his career. The Zelta Zirgs circuit was the site of his first-ever premier class race and Grand Prix win back in 2015, and it was also the stage for his most recent Grand Prix win in 2020. Currently seventh in the Championship Standings, ‘The Hoff’ is not where he wants to be. The 30-year-old Dutchman remains driven to return to the top step of the podium in hopes of reigniting his hunt for a maiden world title.

Ben Watson continues to progress as he adapts to the ultra-competitive MXGP division. Currently ninth in the championship chase and the best-placed rookie, the ‘919’ has already made a solid impression. The tall 24-year-old Brit has consistently finished inside the top-10 over the past five rounds, and while it will be difficult to improve on his season-best top-five finish, he scored in Oss, the young YZ450FM star remains optimistic.

Spearheading the charge as the MX2 series leader, Renaux aims to secure good points and retain the championship lead. The young Frenchman has a healthy 26-point advantage over Mattia Guadagnini, and is 28-points ahead of his teammate Geerts, who is currently penciled in fourth.

Geerts’ success story at his home Grand Prix just three days ago has seen the ‘93’ bank some seriously good points. Fresh off the top step of the podium, the 21-year-old Belgian hopes to continue his winning ways in Latvia, where at the very least, he expects to move up into second position in the overall standings. Last year, the FIM Motocross World Championship hosted three Grand Prix rounds at the Zelta Zirgs circuit in Kegums. From the six gate drops, Geerts won four races, and two Grands Prix.

While the statistical odds appear to be in favour of Geerts, the European Championship also raced three EMX250 rounds in Latvia last season.  Benistant won four of the six races raced and won all three Grand Prix overalls. To put those wins and the competitiveness of the EMX250 championship in 2020 into perspective, the title fight was mainly between Benistant and the rider currently in second position in the 2021 MX2 Championship Standings, Guadagnini.

This weekend, the MXGP of Latvia will also stage the fourth round of the EMX250 Championship, where Hutten Metaal Yamaha Official EMX250's trio of Andrea Bonacorsi, Dave Kooiker and Bailey Malkiewicz hope to bounce back from a challenging round in Lommel.

“This week I will focus on recovery, but I will also go out and ride the bike to stay sharp and ready for the weekend. I will also recover mentally so that I am nice and relaxed when I ride there. I love the track there. I’ve been there many times and I have lots of good memories there. I am looking forward to it, it’s always technically and physically tough, but I some how love it.”

“We will work hard this week as Lommel was really bad, so it’s extra motivation to bounce back strong. I’m looking forward to Latvia, I have good memories there. I won the GP there in 2015 and 2020, so I’m really looking forward to this GP again.”

“Lommel is always a heavy GP, so I want to be sure I am fully recovered and ready for Latvia. I will definitely ride one day either Wednesday or Thursday to loosen up and be ready. Kegums is a great track, it’s one I always enjoy racing, but qualifying is crucial there; I need to improve my lap to get a good gate position. That will be vital.”

"Even though we are four GP's in a row, we have a week in between each race, so it's more than enough time to recover. This week I will do some cycling and strength in the gym, and spend one day training on the bike. I like the track in Kegums, it’s a tricky track and it will be challenging for sure. I'm looking forward to it."

“The GP in Lommel was pretty rough, so I will take it easy this week. I will ride one time and do some easy physical training to be fully recovered for Latvia. Kegums is one of my favourite tracks. I really like Latvia and the sandy track in Kegums suits me well.”

"I'm really looking forward to racing in Kegums, it's one of my favourite tracks in the world. I've had some really good races there in the past and some of my best memories. I'm feeling good on the bike and the moment, and physically I am feeling good too, so, we will see what happens this weekend, but I am looking forward."