Andrea Migno was the 10th Yamaha VR46 Master Camp riders‘ first instructor yesterday, encouraging and motivating them at the Campo Scuola running track in Pesaro. 2022 MotoGP eSport World Champion Lorenzo Daretti took over in the afternoon with an eSport lesson. Marco Belli finished up Day 1 when the students hit the VR46 Motor Ranch for the very first time for a flat track session.

The Yamaha VR46 Master Camp is full-on right from the get-go. The 10th-edition students started the first day of the programme with a stretching and running session in Pesaro, followed by a MotoGP eSport session with instructor Lorenzo Daretti (Trastevere73) and their first flat track riding Master Class at the VR46 Moto Ranch with expert Marco Belli.

The new Master Camp students Jurand Kusmierczyk (aged 17, from Poland), Devis Bergamini (aged 19, from Italy), Enzo Valentim Garcia (aged 17, from Brazil), and Kevin Fontainha (aged 15, also from Brazil) had an early start because they had to make their way to Pesaro for a Gym session. Yeray Ruiz (aged 18, from Spain) is unable to take part in the remainder of the programme due to personal reasons.

The other four students‘ Master Camp training started with a stretching and running session at the Fisio Gym, led by trainer Carlo Casabianca and VR46 Academy rider Andrea Migno.

The riders quickly ’refuelled‘ at the Bar, Ristorante e Pizzeria Da Rossi before heading to their second destination.

Monster Energy Yamaha MotoGP‘s Lorenzo Daretti (aka Trastevere73) gave an introduction into the world of MotoGP eSport in the afternoon. MSI Gaming had the Master Camp set up with the latest gaming equipment. The triple World Champion and double Vice-Champion then went into detail about how the MotoGP videogame can be used as an effective tool for memorizing track lay-out, focusing training, and strategic thinking.

Time flies when you're having fun. The riders had to go downstairs to meet three-time English Flat Track Champion and two-time American and European Flat Track Champion Marco Belli, also known as the ’King of the Sands‘ at the Master Camp. He told them all they needed to know to master the flat track session.

Soon after the riders hopped aboard their YZ250F bikes and learned by doing. The students practised dirt bike control, slaloming between traffic cones, and sliding through corners. Even though he originally wanted to focus on the basic techniques, Belli saw the riders progress so fast that he decided that they were ready to take on parts of the oval.

"The first day is always focused on getting a good feeling on the bike, at this type of track, this magical place. There‘s a psychological side to riding at the VR46 Motor Ranch for the first time, that can affect the results of the day", said Belli.

“We managed to get the same progression as we did with previous groups. We had them slalom between cones to let them gain confidence with the bike. But then we introduced a new kind of exercise because we need the riders to use their direction of view more when they ride. When they ride with a motocross helmet on, they close their view too much by looking down the whole time. We need them to keep their heads up and their eyes towards the direction they want to go. That opens their view. We invented a new exercise for exactly this skill, and we saw the riders make a lot of progress. So, we could already move on to the two ovals, and we got some good speed and a lot of enjoyment.”

I felt good during the gym session. I‘ve never taken a liking to exercising, but for some reason I was feeling really good during this gym session. The exercises were light, but I could still feel that they were doing something, and overall I had a lot of fun running at the Campo Scuola. That was great, but my performance at the eSport session wasn‘t very good. I couldn‘t get used to the controller or get a good time. But, still, Lorenzo was very helpful, and I appreciate every tip that he has given me. The flat track session was amazing. I felt that I made really good progress throughout the whole experience. We had some changeable conditions with a little bit of rain in the beginning. Then it dried up, and then it rained a bit again… But overall, it was really fun! A lot of progress was made thanks to our coaches Marco Belli and Andrea Andreani. It‘s absolutely mad that we get to ride at the VR46 Motor Ranch. It‘s obviously a great adventure and a great experience. 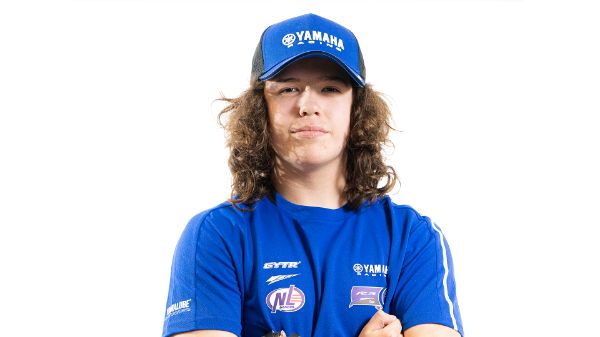 I had an amazing first day at the Master Camp. In the morning we went to the gym with VR46 Academy rider Andrea Migno. I was very happy that we got to train with him. In the afternoon we played eSport with Trastevere73. I had never played it before, so I enjoyed it a lot. But the most important thing was the Ranch with Marco Belli and Andrea Andreani. This was a super training session. I gained a lot of experience. So, I‘m ready for Day 2. It was really good to train in the morning, because we were travelling and then it‘s good to stretch a bit after to relieve the stress. That was a good beginning of the day, a nice warm up. Then we did MotoGP eSport in the afternoon, and I actually play that sometimes, so I‘m really good. But this was my first time playing the new game, and the braking is different though more realistic. I improved and did a good lap. The flat track was the most special part of the day. It‘s so incredible when you see the track and the inside of the VR46 Motor Ranch. Before, I always watched the Master Camp riders do flat track there on Instagram, and it was my dream to do this too. It was a bit hard though, because I don‘t have any off-road experience. I‘m not used to it, so at first it was hard to have confidence on the bike at the flat track. But I improved a lot, and I could stay with the fastest riders, who are used to dirt but not flat track. I crashed a lot, but that‘s okay, it‘s how we learn. I think this will be a day I will always remember; it has changed my life. I think I will start training differently. All the training we get here will change our mindset and help us be more professional. I‘m really happy. I can‘t wait to come back to the flat track, and I‘m also looking forward to riding MiniGP, so let‘s go! 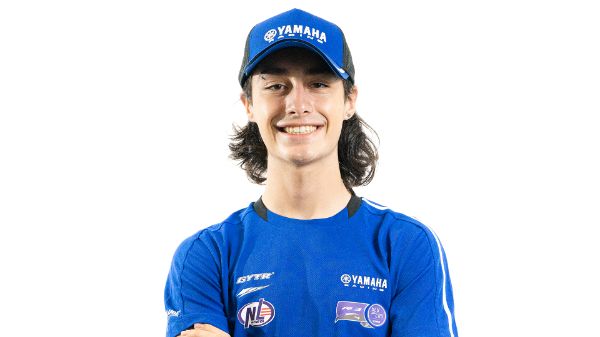 I am so happy to have been given this opportunity. It was quite a fully packed first day. We went training in the morning, where I especially enjoyed the stretching. In the afternoon we played eSport and rode on the flat track. On Day 2 we will be doing more riding at the flat track, and we will also ride MiniGP bikes. I‘m happy that I get to experience all these different things. I‘m looking forward to every single new day! 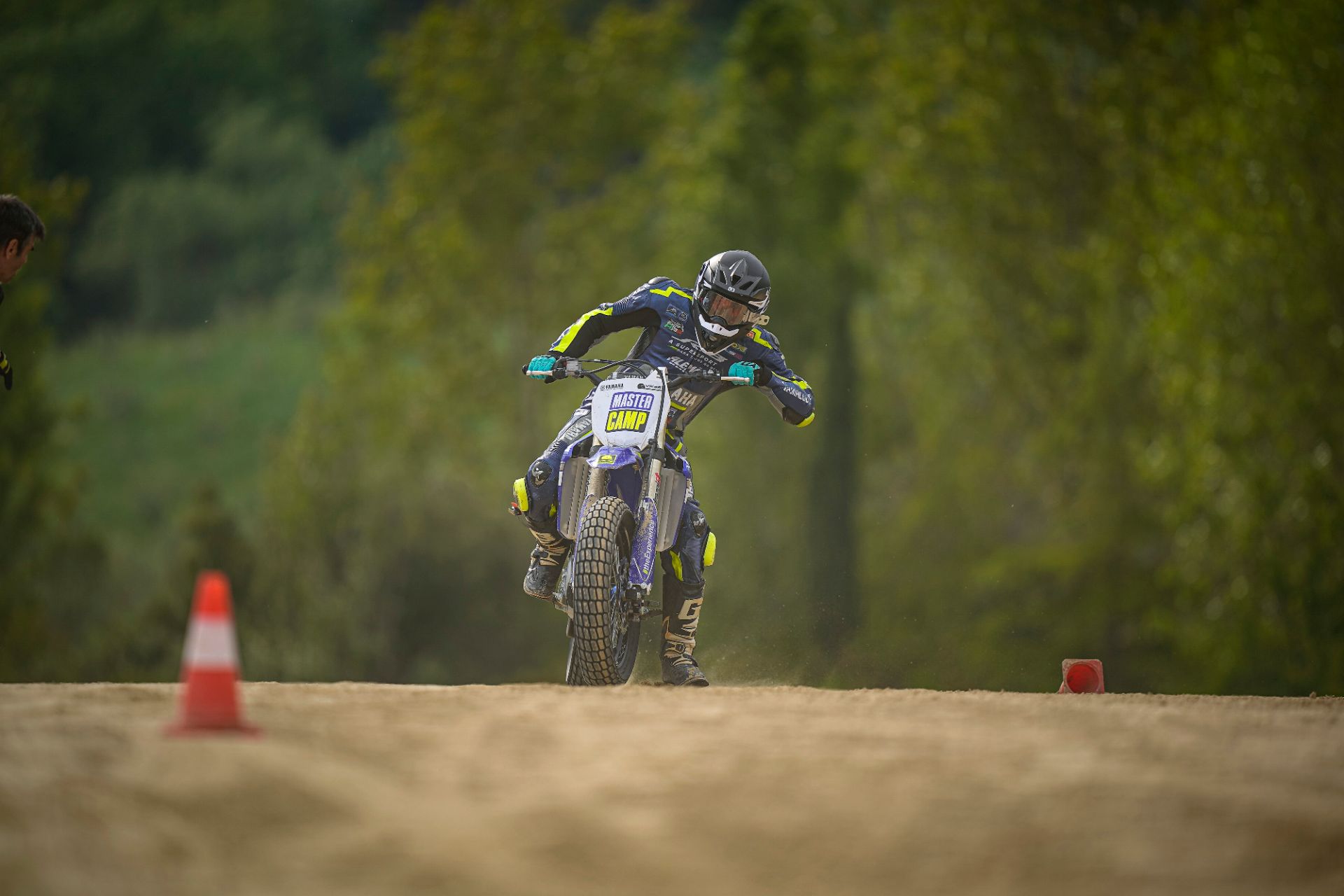