Italy’s Devis Bergamini starred on Saturday at the Donington Park Circuit, winning both Yamaha R3 bLU cRU European Cup races to reignite his championship chances, as he now sits second in the standings. 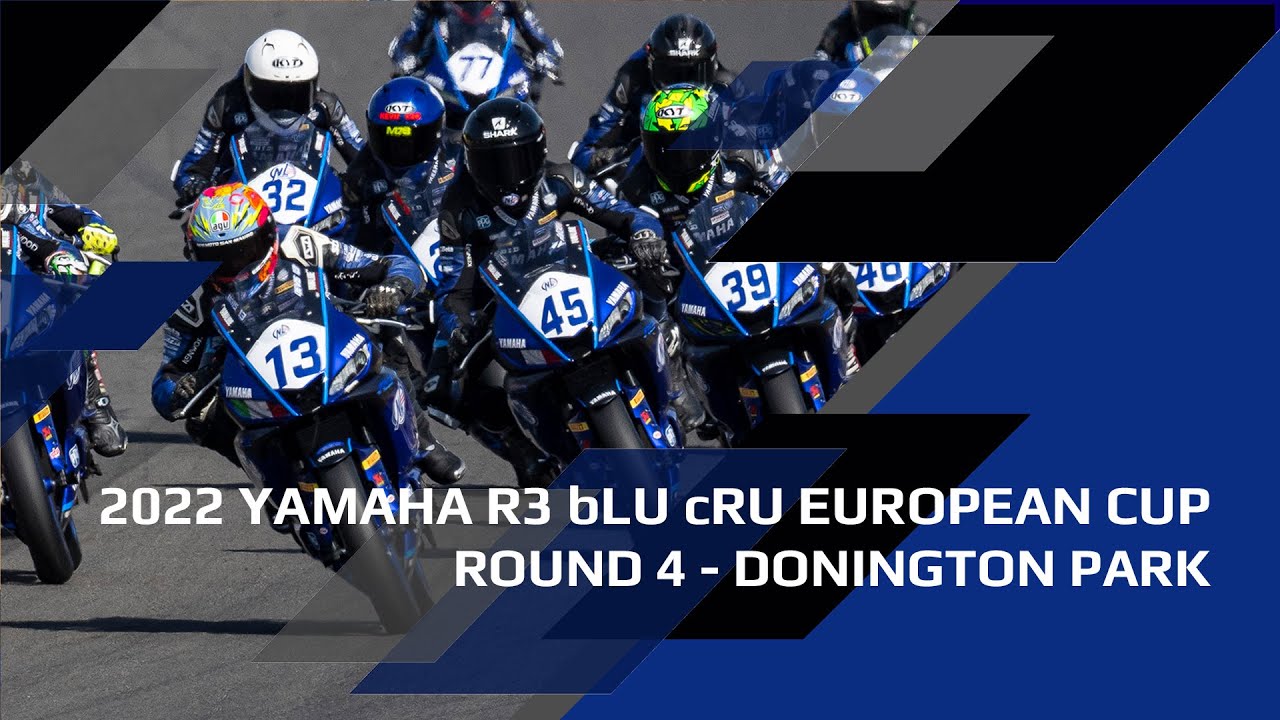 Championship leader Enzo Valentim finished twice on the podium, alongside pole-sitter Andrea Pizzoli in Race 1 and fellow Brazilian Kevin Fontainha in Race 2, seeing him head into the second half of the season with a 26-point lead.

From second on the grid, Bergamini charged out front at the start of this morning’s opening race, with Pizzoli slotting in behind. However, with eight riders having to take long lap penalties, the order was quickly mixed up and it was Australia’s Archie McDonald who hit the front.

Having served his penalty early on, Valentim was already back to the lead by the end of lap four, which he held for most of the race. However, on the final lap Bergamini managed to overtake the Brazilian and went on to take his second victory of the season.

Valentim held on for second, with Italy’s Pizzoli rounding out the top three. Indonesia’s Wahyu Nugroho was an impressive fourth from 16th on the grid, with McDonald scoring his best result of the season in fifth.

Fontainha ended the race in sixth, just 0.045s ahead of Thailand’s Krittapat Keankum, who scored his first points of the season. Poland’s Jurand Kusmierczyk was eighth, with Spain’s Carlos Gimenez and Brazil’s Gustavo Manso rounding out the top 10.

In Race 2, Pizzoli maintained his lead off the start, but as the race settled in quickly became a 12-rider battle for victory. Manso and Valentim also took turns out front throughout the early stages, before Bergamini made his move. With two laps to go, the #13 rider took the lead and defended valiantly on the final lap to take a second win of the weekend.

Fontainha was second for the fourth time this season, with Valentim scoring his sixth podium in third. Nugroho and McDonald were fourth and fifth once again, with Kusmierczyk and Pizzoli both receiving penalties to be classified in sixth and seventh.

“It was an incredible weekend here in Donington Park. It’s my first time here and I like the circuit a lot. The qualifying was good, but the fantastic thing is the race because to win both races is a dream come true for me. Thank you to Yamaha, my sponsors and see you in Most where I will be fully focused once again.”