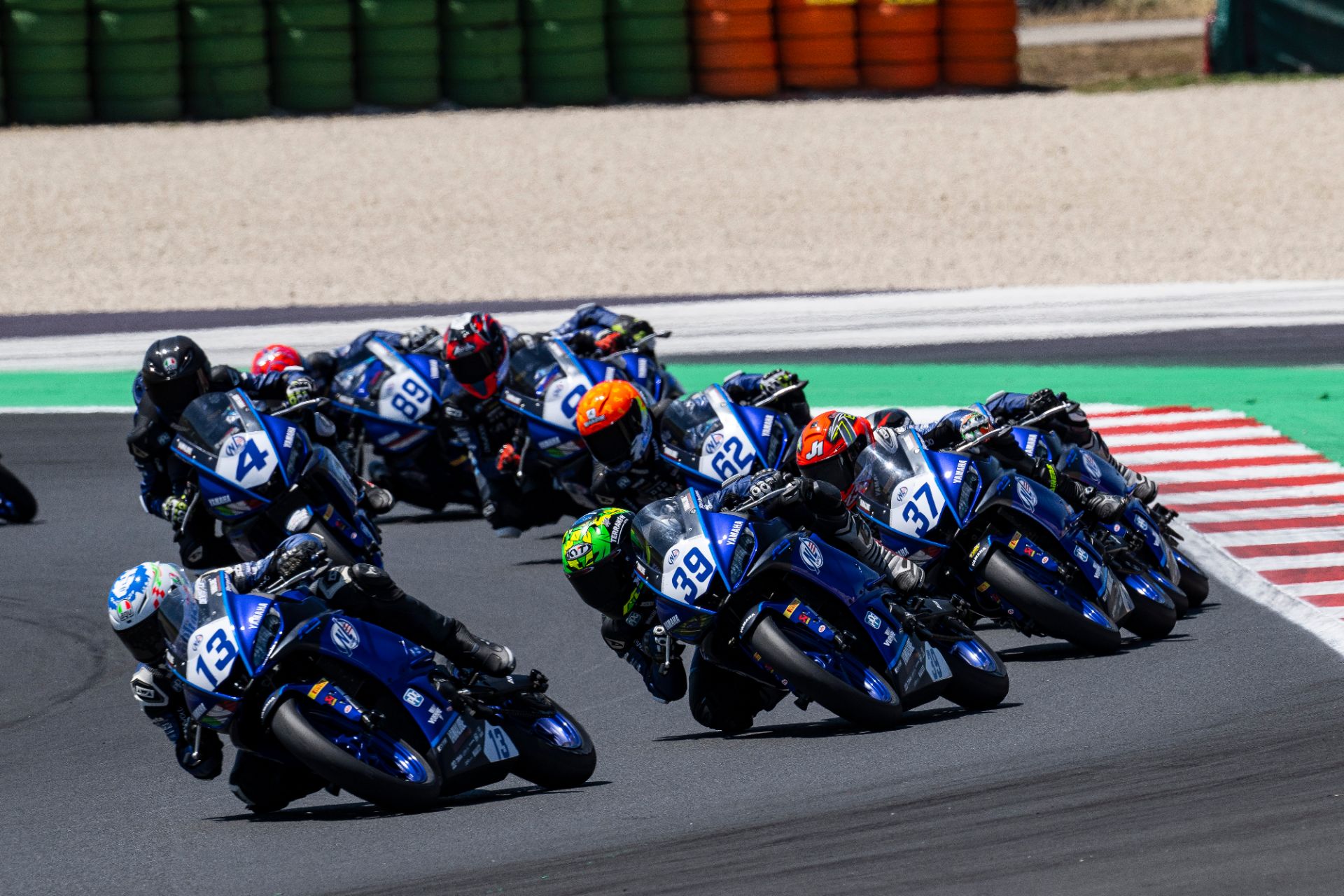 This weekend, 21 young hopefuls head to the United Kingdom, as the legendary Donington Park circuit hosts the fourth round of the 2022 Yamaha R3 bLU cRU European Cup in support of the FIM Superbike World Championship.

Last time out at Misano, Brazil’s Enzo Valentim extended his lead at the top of the standings with his third victory of the season in Race 2. Italy’s Andrea Pizzoli celebrated his most impressive weekend in front of his home fans, storming from pole position to win the weekend opener.

Valentim now holds a 24-point lead in the championship, with fellow Brazilian youngster Kevin Fontainha’s fourth podium of the year seeing him maintain his second position. Pizzoli’s breakthrough victory saw him climb up to third, 36 points off the top and just ahead of fellow countryman Devis Bergamini.

Located in Leicestershire, the Donington Park circuit is regarded as a favourite among riders, with several iconic corners offering a range of challenges throughout its 4.02 km layout.

Last year, tricky wet conditions caught several of the early title protagonists out, including pole-sitter Maxim Repak, who, alongside Uriel Hidalgo, will unfortunately sit out this year’s round due to injury.

Spain’s Marc Vich, British rider Brody Crockford, France’s Gregory Carbonnel, Brazilian Eduardo Burr and Polish youngster David Nowak all have experience of the Donington Park circuit in the Cup from last year, with the remaining 16 riders all ready to get their first taste of the former Grand Prix venue.

With United Arab Emirates rider Mohammed Abdalaziz Binladin once again joining the season regulars, 12 countries are represented on the grid this weekend from five continents.

Unusually high temperatures are expected this weekend, which will kick off with a track walk on Thursday, before the riders take to the circuit with their Yamaha R3 bikes in Free Practice on Friday morning. The battle for pole position will commence that afternoon, with both races taking place on Saturday.

It’s great to be back in Donington Park with the Yamaha R3 bLU cRU European Cup again. It looks like we’ll even get to enjoy the sun and good weather this year! We have good memories of this circuit last season, with the riders fighting right at the limit in very difficult conditions. Misano was a great weekend and we’re glad to see that one of the wildcards, Mohammed, has returned for another round. Enzo has enjoyed a fantastic start to the season, but the competition is really high and we expect another strong challenge from the rest of the field this weekend. So good luck again to all of these talented young riders and their teams.