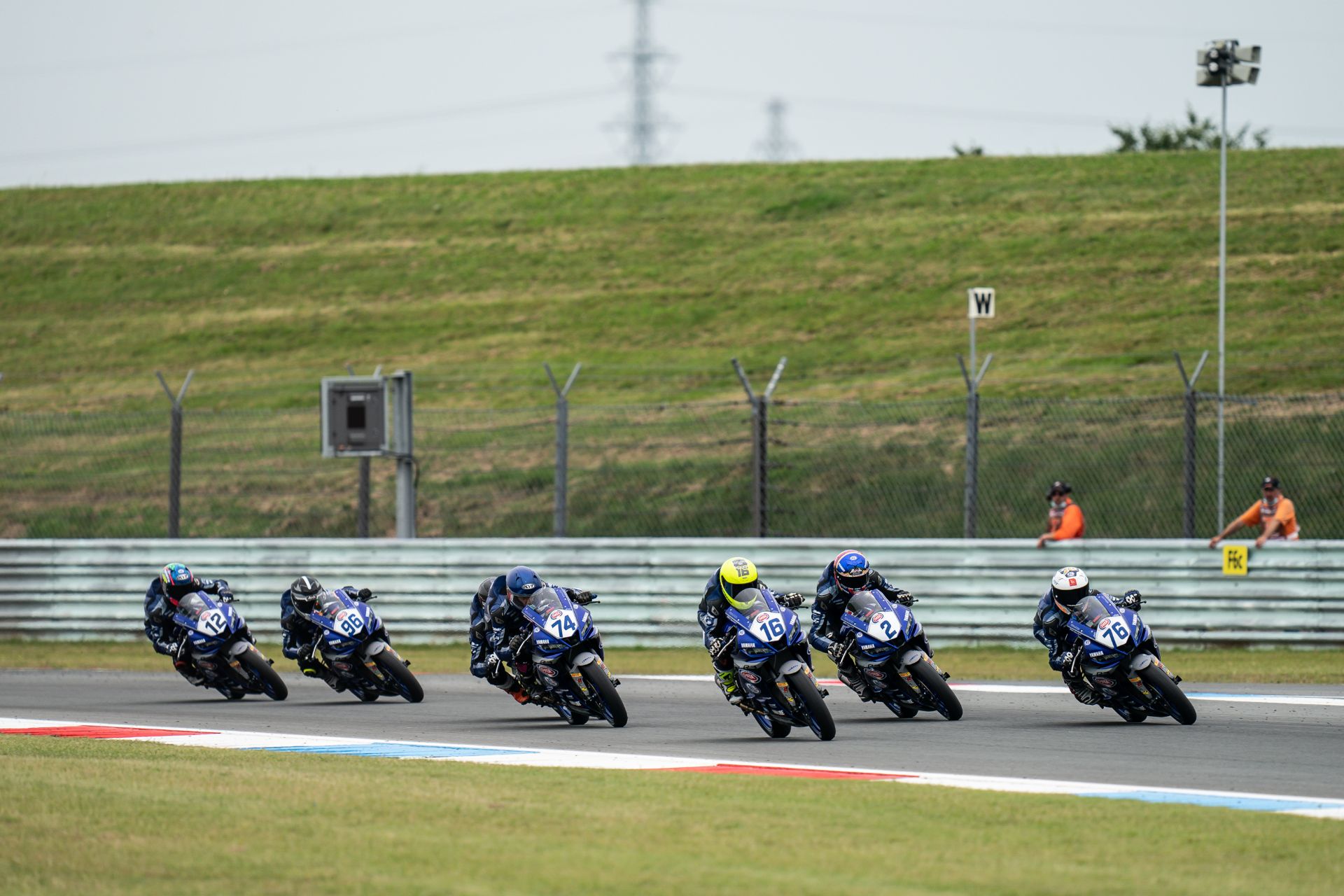 Round three of the Yamaha R3 bLU cRU European Cup was back in action last weekend at the legendary TT Circuit Assen, where Spanish youngster Iker Garcia Abella extended his championship lead to 39 points after two all-action races. 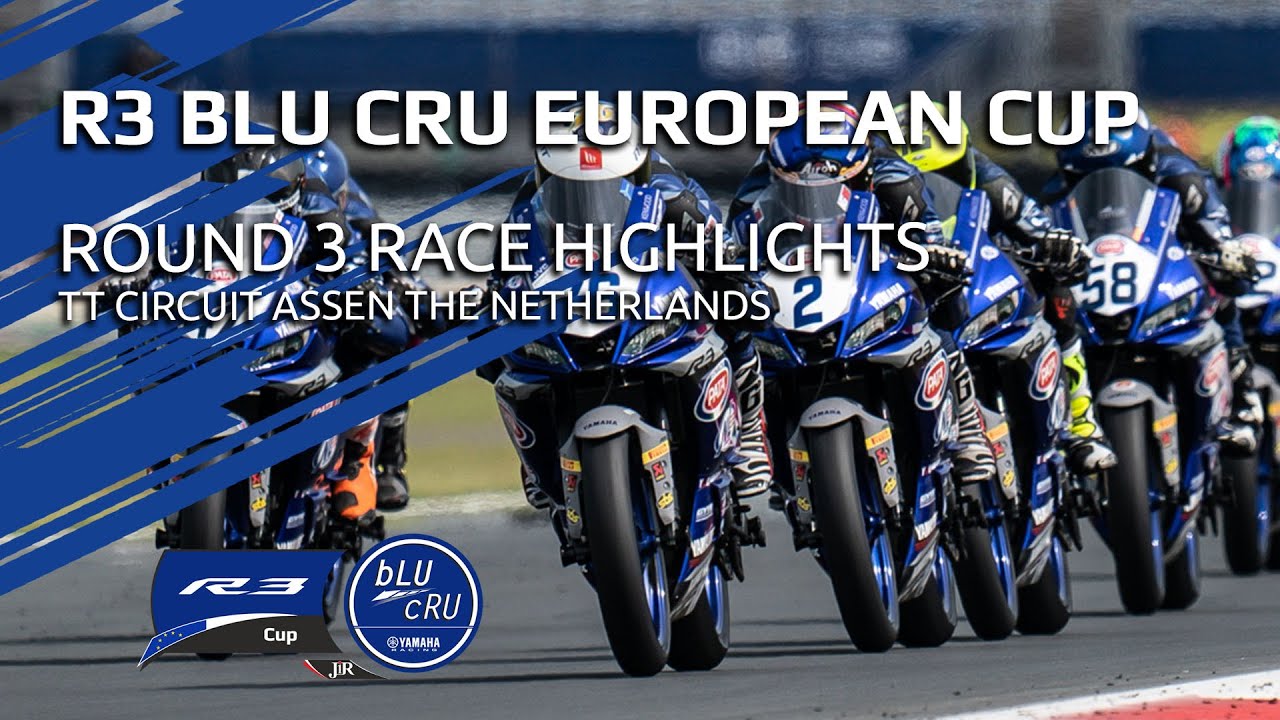 In the opening race of the weekend, Brazil’s Humberto "Torquinio" Maier bounced back from the disappointment of crashing out of the lead at Donington Park to take his first victory in the championship, with Garcia Abella winning the second, while both races were watched by President of Yamaha Motor Europe, Eric de Seynes.

The 23 riders, aged 12-20, took to the Dutch circuit with their Yamaha R3 bikes for the first time in Friday morning’s 30-minute free practice session, which was topped by Donington Race 1 winner Juan Antonio Conesa Benito. The Spaniard was 0.168s ahead of Maier, with Italy’s Giacomo Mora rounding out the top three.

Later that day, the youngsters returned for the Superpole session, with pole position going to Julian Giral after his final effort. The Spanish rider was 0.280s ahead of Donington Race 2 winner Fenton Harrison Seabright, with Mora starting alongside the British rider in third, while Garcia Abella, Slovakia’s Maxim Répak and Conesa Benito occupied row two.

The rain threatened later on Saturday, but the forecast remained dry for the opening race of the weekend. After the midpoint of the race, the top eight riders began to pull away from the field and looked to give themselves the best position heading onto the all-important final lap. On the run to the line, Maier edged ahead of Garcia Abella, with Adrian Rodriguez Martin making it two Spaniards on the podium with his best result so far.

“I kept my strategy from the beginning - to stay behind and study the group,” Maier said. “On the last corner I took the lead and won the race. I am very happy to take my country to the highest place on the podium! It was supposed to be the second win, at Donington I crashed leading with two laps to go. Now I am looking forward to the next race!”

In Race 2, the rain just about held off and Mora led them away on the opening lap. However, the Italian was involved in an incident involving Greece’s Ioannis Peristeras, France’s Gregory Carbonnel and Rodriguez Martin at Turn 15, with Mora sustaining multiple fractures in his leg. The 18-year-old required surgery and is currently recovering in hospital in the Netherlands.

With the race shortened to six laps, Giral led them away and traded the lead with Répak, before Garcia Abella hit the front with two laps to go. The 17-year-old held on to take victory over 14-year-old Répak, with Seabright completing the Race 2 podium. Just 0.743s separated the winner and eighth place in what was the closest finish seen in the Yamaha R3 bLU cRU European Cup so far.

“It was a very difficult race, because in the first part there was a big crash, which made it really tough to keep the focus for the restart,” Garcia Abella said. “In the last laps I had a really good strategy, much better than this morning. I’m really happy to be able to extend my points advantage at the top of the championship and hope I can continue this when we head to Most.”

The next Yamaha R3 bLU cRU European Cup round will be in the Czech Republic, supporting the FIM Superbike World Championship once more at the Autodrom Most, a new track for most riders in the paddock.

Round three in Assen was amazing, all the riders did a great job, as we saw in the last two races. The riders were very competitive and also managed the races well, with everyone respecting each other on track, which is not easy to do when you have several riders battling in a close group. All of them did well to learn and master this very difficult circuit, they listened to what our bLU cRU coaches and ambassadors had to say. The organisation was perfect, we had no big problems on the technical side, and this demonstrates that the Yamaha R3 is the perfect entry-level bike. The lap times were really impressive, just a few seconds off the top guys in the WorldSSP300 class. Everyone here wants to wish Giacomo Mora a full recovery after a big crash, all the riders are very close to him. What is important is that Giacomo is now at Groningen Hospital and is being well looked after. Special thanks to FIM WorldSBK Medical Director Monica Lazzarotti and all the medical staff who did a very good job to make sure Giacomo was as comfortable as possible, and also helped his family through these difficult moments. We hope to see him back on track as soon as possible. Just one week off now and then we will be on our way to Most, so see you there. 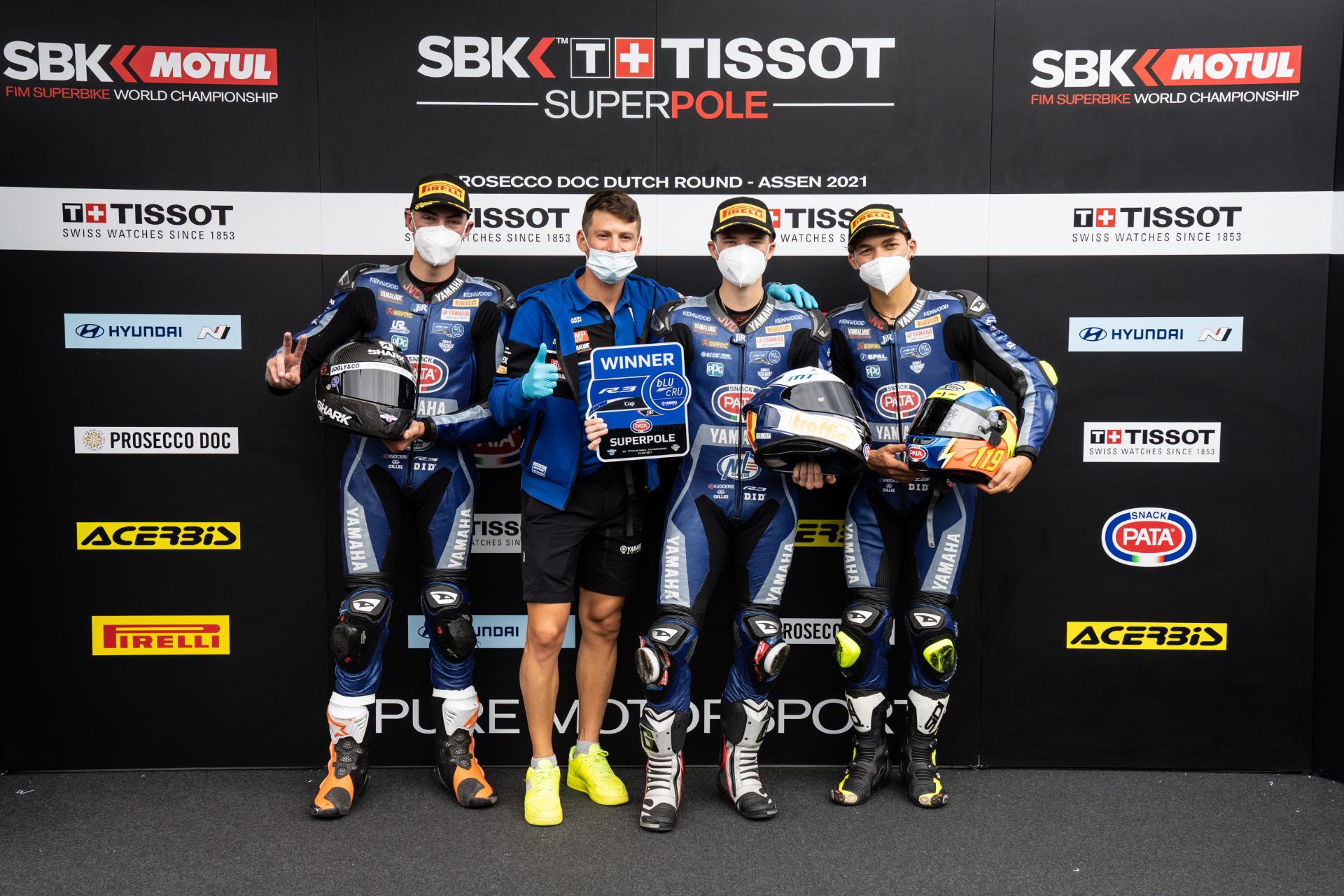