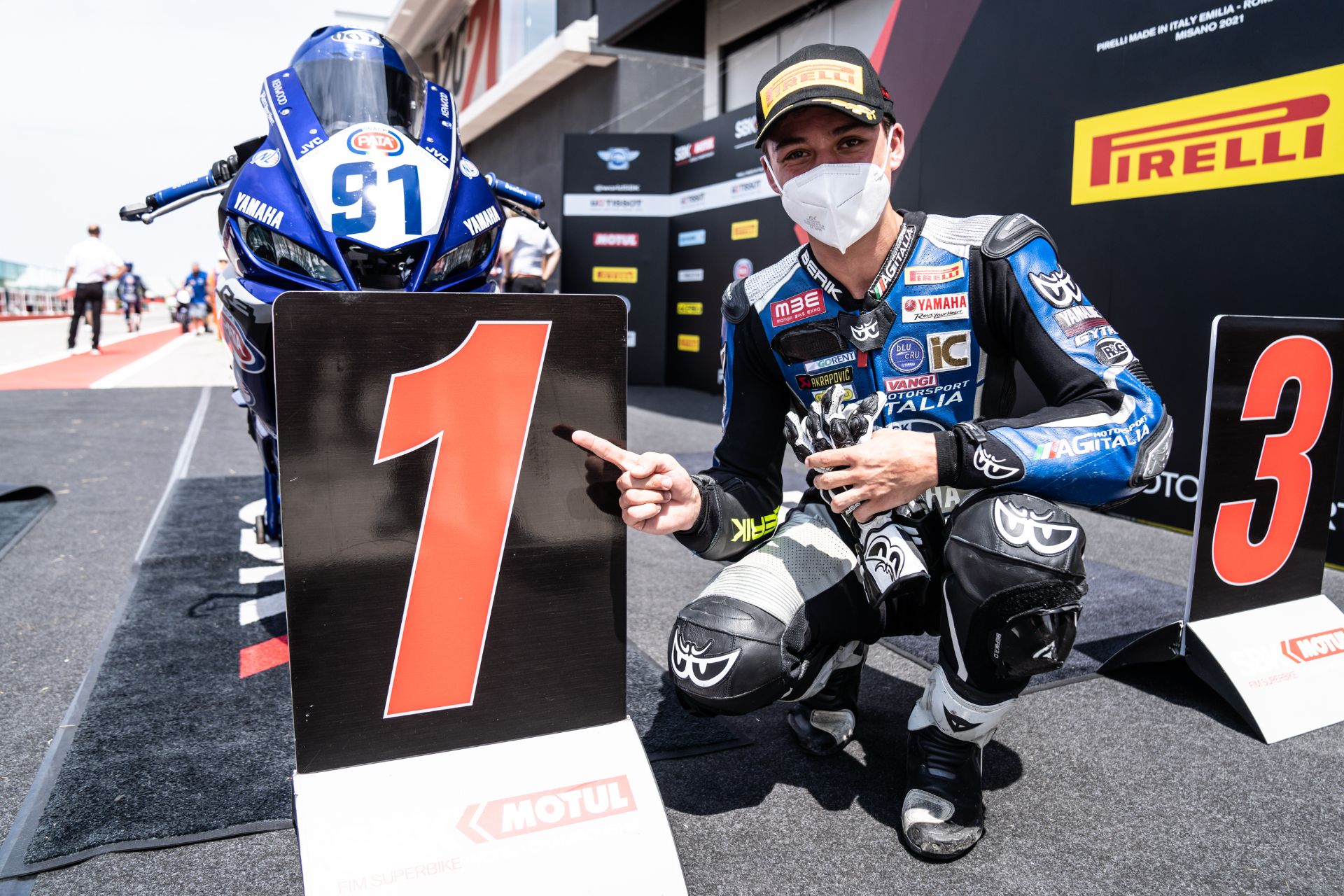 The first-ever Yamaha R3 bLU cRU European Cup race weekend kicked off at the Misano World Circuit Marco Simoncelli today, with the 27 riders battling it out to become the championship’s maiden pole-sitter. That honour went to Italian wildcard entrant Matteo Vannucci, who had also topped the morning’s Free Practice session, but the gap at the top closed across the two sessions.

Supporting the FIM Superbike World Championship’s third round, the Yamaha R3 bLU cRU European Cup riders were the first to hit the Misano track for a 30-minute practice session. Despite the early start, the heat was already rising but all 27 riders managed to get through the session cleanly.

By the end of Free Practice, 17-year-old Vannucci was on top, ahead of Spain’s 14-year-old racer Juan Antonio Conesa Benito and 15-year-old Maxim Repák from Slovakia, while eight nationalities were represented in the top 10, with two non-European riders also featuring – United States’ Kayla Yaakov and Brazil’s Humberto Maier.

Temperatures continued to rise into the afternoon, with the track reaching 46.5°C as the riders took to the circuit for the Superpole qualifier. The Yamaha R3 riders impressed once again, with Vannucci on top by 0.167 seconds ahead of Spain’s Julian Giral. Repák matched his position from Free Practice, with Italian riders Giacomo Mora and Edoardo Colombi rounding out the top five.

Next up for the Yamaha R3 bLU cRU European Cup riders will be tomorrow’s highly-anticipated races, with the first getting underway at 11:45 and the second starting at 16:15. 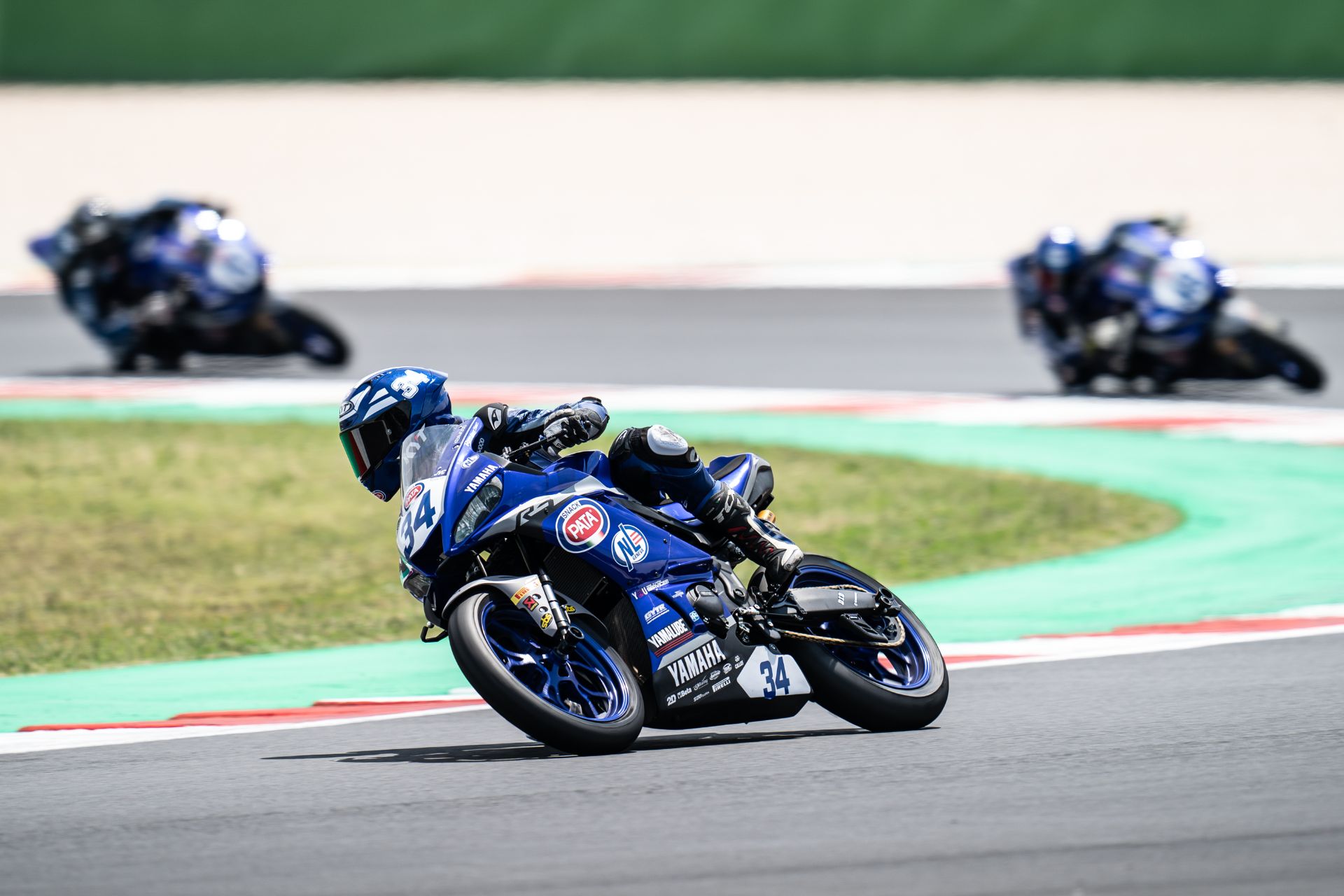