For the second round of the Yamaha R3 bLU cRU European Cup, Fenton Harrison Seabright took a sensational pole position in his home round at Donington Park, while championship leader Maxim Repák and Brazil’s Humberto "Torquinio" Maier joined him on the front row.

With most of the 25-strong field having never experienced the historic British venue, the 30-minute free practice session saw plenty of activity. Track temperatures reached just over 20°C by the end of the session, but the riders were able to overcome the low levels of grip with Seabright going fastest of all.

In the Superpole session, a closely fought battle for pole position ensued, with Spain’s Iker Garcia Abella, winner of the opening Yamaha R3 bLU cRU European Cup race at Misano, Repák and Seabright all trading fastest laps. In the end though, it was 19-year-old Seabright who came out on top, beating Repák’s time by 0.227s, and becoming the second rider to score a home pole position following Matteo Vannucci’s last time out.

16-year-old Maier was third fastest, ahead of Juan Antonio Conesa Benito and Giral, while Mora joined the two Spaniards on the second row. These four riders were separated by just 0.064s, showing the battle at the front is set to be close once again.

Rain is predicted for tomorrow at Donington Park, giving the youngsters yet another challenge to overcome, with the first race getting underway at 11:45, followed by Race 2 at 16:15 (GMT+1). 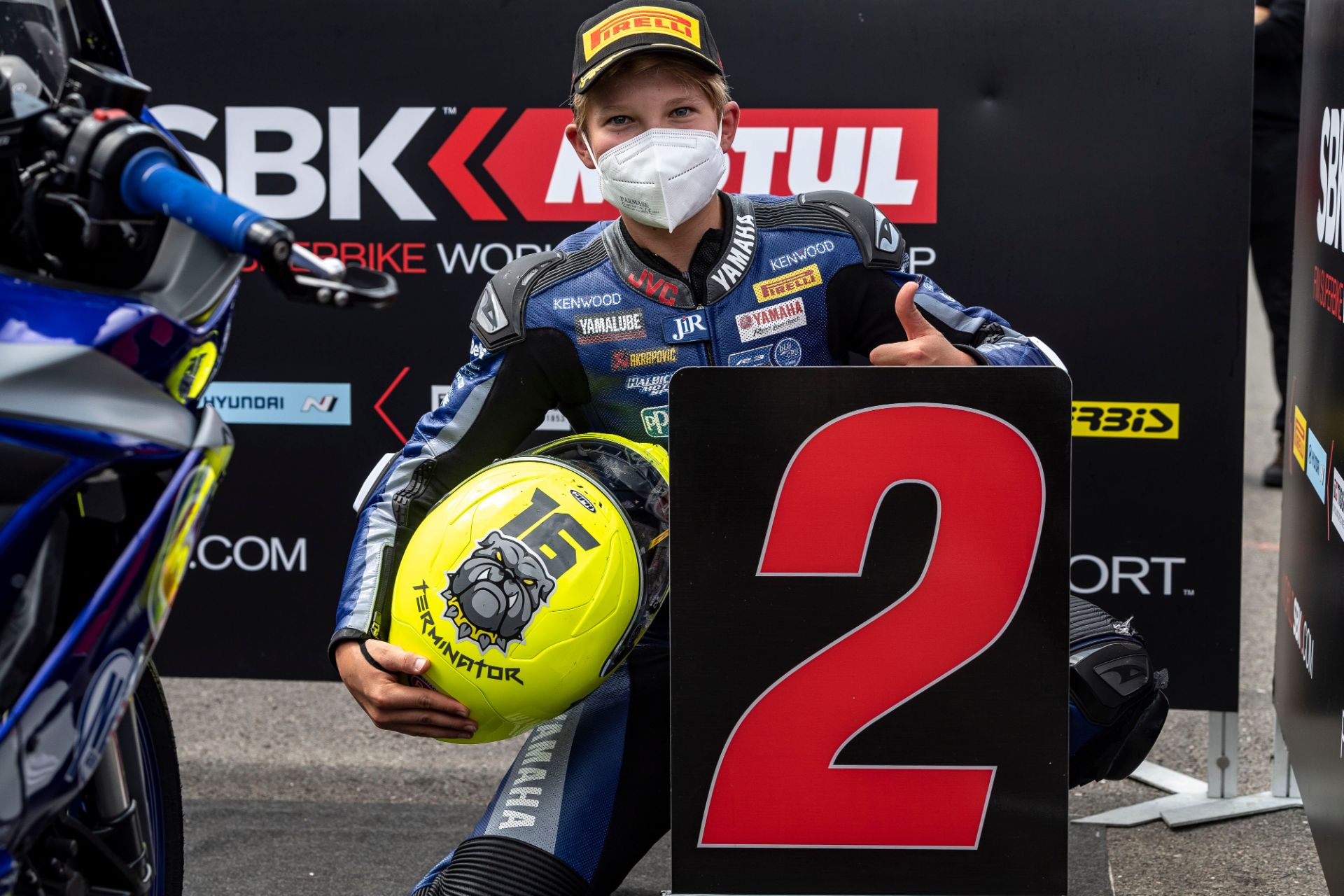