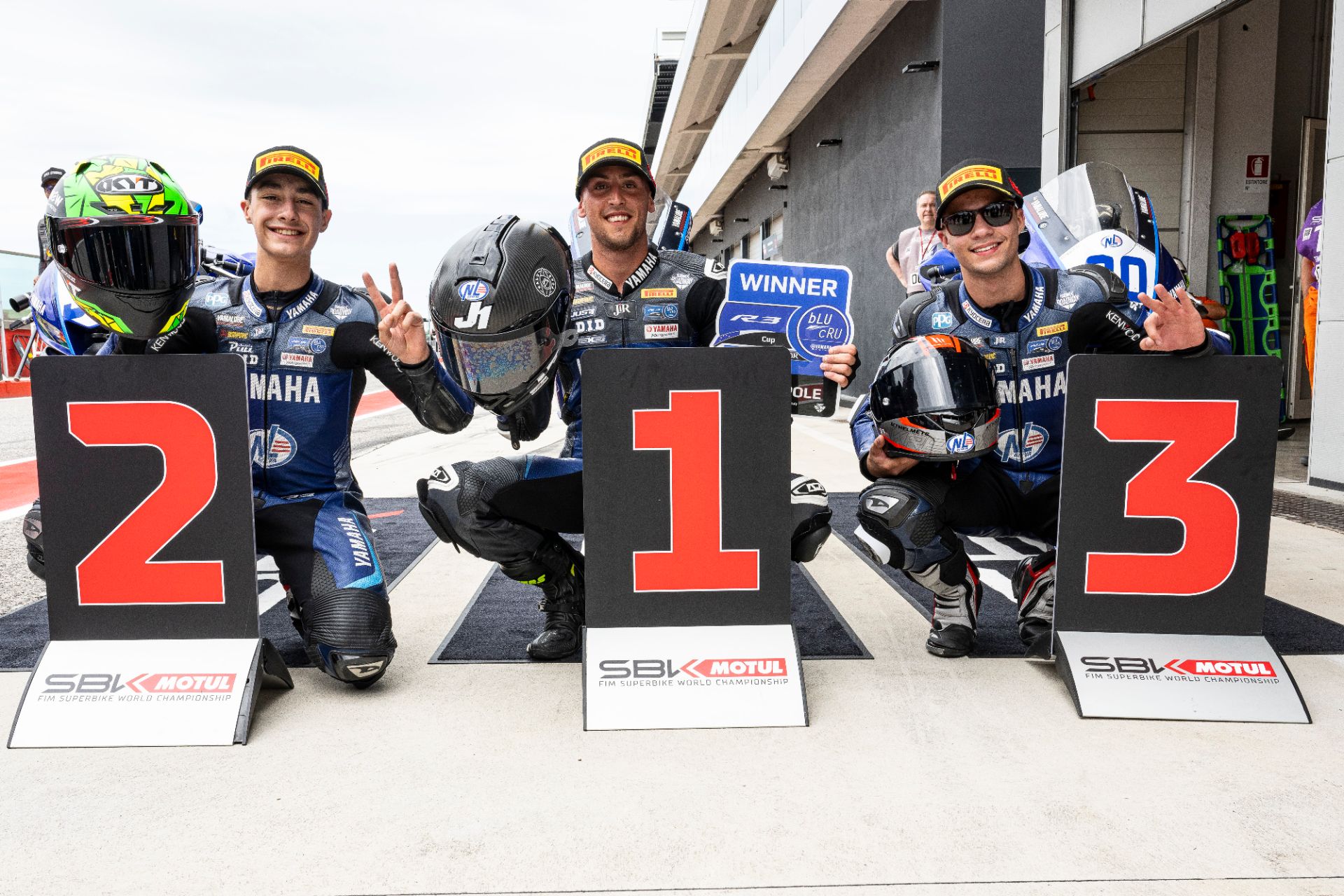 Pizzoli, winner of the 2021 Yamaha bLU cRU Masterclass, has started on the front row in every race so far this year, but this marks his first pole position in the Cup. He did so by just 0.056s, demoting long-time pace-setter Valentim to second, with fellow Brazilian Gustavo Manso joining them on the front row.

After torrential rain on Thursday and light showers this morning, the 28 riders had to tread carefully on their slick Pirelli tyres through the early stages of Free Practice. In the end, eight riders took turns at the top of the timings as the track continued to dry, and it was wildcard entry Emiliano Ercolani who came out on top.

In the 30-minute Superpole session, Ercolani was the first rider to dip below the 1’55 mark, before the times started tumbling down. Valentim hit the top with just over 10 minutes remaining, but the Assen double-winner lost out to Pizzoli, who took pole position on a 1’53.655.

Josephine Bruno had shown strong pace earlier in the day on her Yamaha R3 bLU cRU European Cup debut, but an incident with Brazil’s Fabio Florian meant they were both unable to challenge later in the session.

It feels amazing to get pole position here at my home race in Misano. I felt like the lap was very good, even though I still made a few mistakes that could’ve been avoided. Fortunately these mistakes didn’t cost me the pole position. I am very happy about how the season is going in general and above all I reconfirmed my place in this championship with this performance. I want to say a big thank you to my team and Yamaha for their support; this is all dedicated to my grandfather. The plan for tomorrow is to try to build a gap to the others.