Ninth Edition Master Camp Students Get into Action on Day One Ninth Edition Master Camp Students Get into Action on Day One

VR46 Academy riders Andrea Migno and Niccolò Antonelli started their instructor roles at the ninth Yamaha VR46 Master Camp yesterday, encouraging and motivating the young riders at the Campo Scuola running track in Pesaro. Lorenzo Daretti and Marco Belli took over in the afternoon, when the students hit the VR46 Motor Ranch for an eSport lesson and their very first flat track session.

The students' Master Camp training started with a stretching and running session at the Fisio Gym, led by trainer Carlo Casabianca and VR46 Academy riders Andrea Migno and Niccolò Antonelli. The sun was out with the temperatures rising, so after a good number of laps the five hopefuls couldn‘t wait to ’cool down‘.

The riders had to ’refuel‘. A nice meal at the Bar, Ristorante e Pizzeria Da Rossi in Tavullia and ice cream for dessert was just the ticket. When you work hard, you also get to play hard, so the riders made a quick stop at the new children‘s playground right next to the restaurant before heading to their second destination. 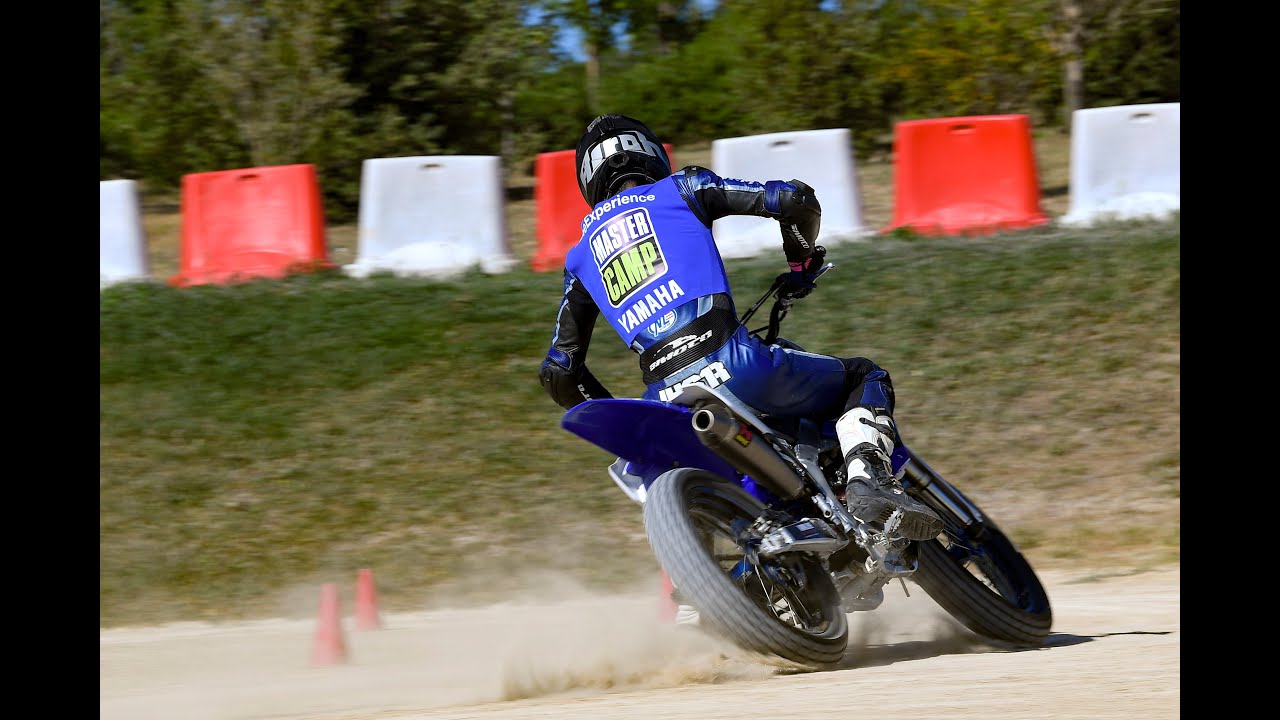 Up next was a brand-new addition to the Master Camp programme. Monster Energy Yamaha MotoGP‘s Lorenzo Daretti (aka Trastevere73) had travelled to the VR46 Motor Ranch to introduce the Master Camp students to the world of MotoGP eSport. The double World Champion and double Vice-Champion started the class with some info on how to work with professional gaming equipment like the ones MSI Gaming had generously prepared for the Master Camp. The eSports expert then went into detail on how the MotoGP video game can be used as an effective tool for memorizing track lay-out, focusing training, and strategic thinking (concerning track and weather conditions, tyre management, best corners to overtake, strongest assets of the bike, etc.).

When the young riders had completed their first eSport lesson, there was some time to look around the VR46 Motor Ranch. They were soon greeted by three-time English Flat Track Champion and two-time American and European Flat Track Champion Marco Belli, also known as ’King of the Sands‘ at the Master Camp. He told them all they needed to know about the correct riding position and all the points they would be focusing on during their very first flat track session.

It was then time for the riders to hop aboard their YZ250F bikes and learn by doing. The students practised dirt bike control, slaloming between traffic cones, and sliding through corners. Even though he originally wanted to focus on the basic techniques, Belli saw the riders progress so fast that he decided that they were ready to take on parts of the oval.

“This was their first try riding the YZ250F bikes on dirt. They were getting to know the conditions of this track and started getting used to riding at this mega location”, said Belli.

“We started from zero, slaloming around cones to get a feel for the right body position, the interaction of the hands with the handlebars, feet on the pegs, and step by step we increased the speed in the turns with different angles. We saw a clear reaction and progression from these guys. That was so good, so we went immediately inside the little oval at the VR46 Motor Ranch, where we have much more speed and can work more on throttle and body position control. So, we are really satisfied about the first day and look forward to Day 2.”