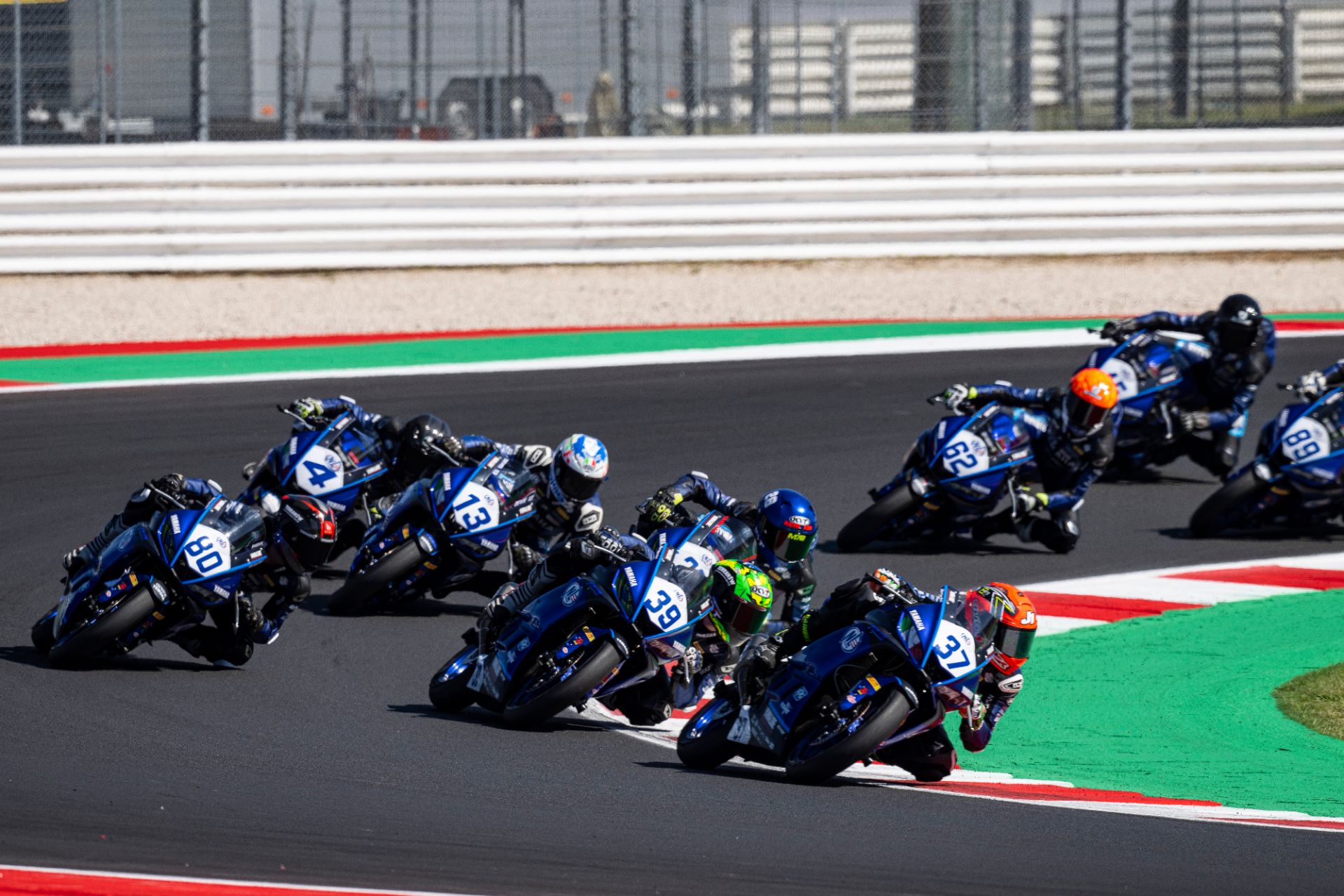 Italy’s Andrea Pizzoli and Brazil’s Enzo Valentim took a victory apiece in the third round of the 2022 Yamaha R3 bLU cRU European Cup at the Misano World Circuit ‘Marco Simoncelli’, with the former extending his championship lead. 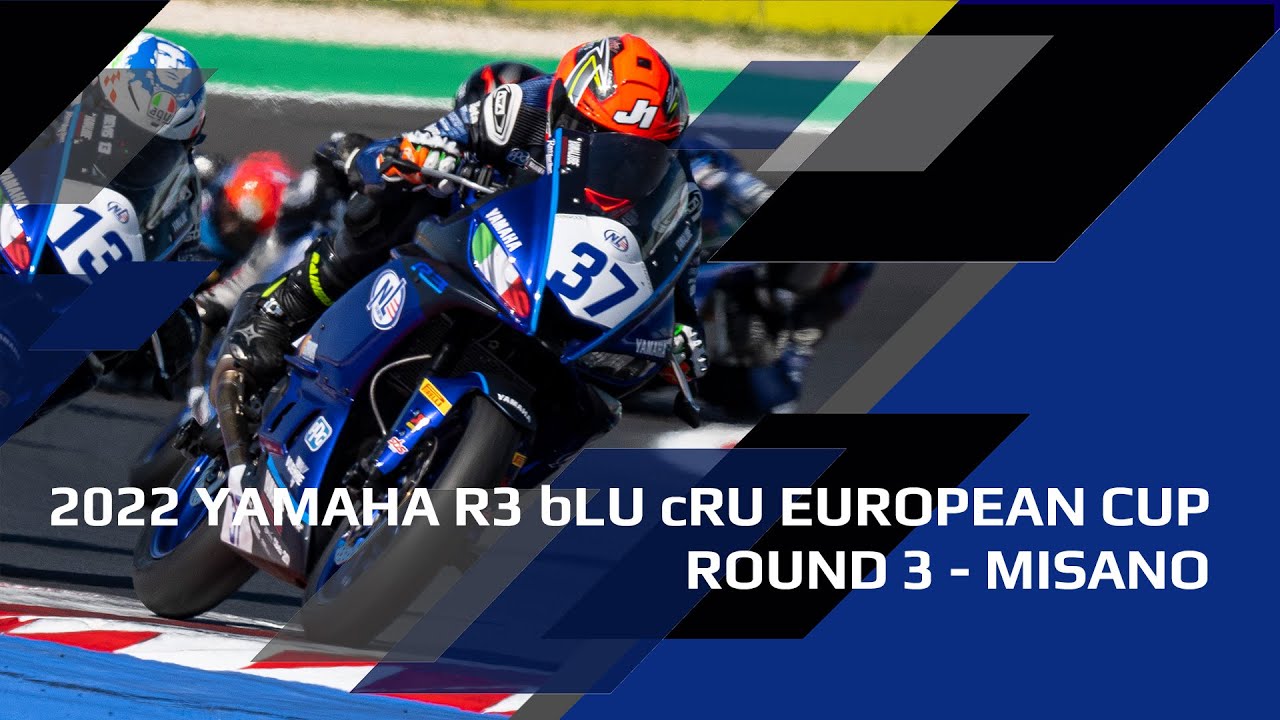 Having qualified on pole position, Pizzoli celebrated his maiden win at his home round, while Valentim’s Race 2 victory saw him extend his lead at the top of the standings to 24 points.

With clear skies overhead and temperatures rising at the Italian venue, the 28 riders took to the grid with little experience of their Yamaha R3 bikes in these hotter track conditions. Pole-sitter Pizzoli led the field away in Race 1, but it was Australian youngster Archie McDonald who took control in the early stages.

Aragón race-winner Devis Bergamini then hit the front, with Valentim, Brazil’s Gustavo Manso and Pizzoli all taking it in turns to lead throughout the 10-lap contest.

In the final laps, the top nine riders were all in contention for victory, but it was 2021 bLU cRU Masterclass winner Pizzoli who timed it perfectly, crossing the line for his maiden win in front of his home crowd.

Manso came close to his first victory, finishing just 0.025s behind in second; his best result in the Cup so far. Bergamini made it two Italians on the podium in third, with Emanuele Cazzaniga impressing on his wildcard debut in fourth.

Czech rider Filip Jurànek scored what was his best result of the season in fifth, ahead of wildcard entrant Emiliano Ercolani. Valentim dropped to eighth on the final lap, finishing behind Spain’s Marc Vich, with Indonesia’s Wahyu Nugroho and Poland’s Jurand Kusmierczyk rounding out the top 10.

“I am very happy for this first win in the Yamaha R3 European Cup,” Pizzoli said. “It was a hard race, but I pushed at the right time to take the victory. Thank you to my team, my family and also my late grandfather, who I dedicate this result to.”

With the grid reset for Race 2, Pizzoli once again led the other 27 riders away, this time holding onto his lead as they completed the opening lap. The battle for victory remained intense throughout, with the top 10 breaking away in the second half of the contest. Pizzoli had regained the lead on the final lap and looked to breakaway, but as they headed into the final sector, Valentim muscled his way to the front.

The Brazilian held his nerve through the final corner, but compatriot Kevin Fontainha and Jurànek were able to pull alongside as they approached the finish line. Just 0.032s separated the top three finishers, with Valentim narrowly ahead of Fontainha and Jurànek, the latter besting his Race 1 result for his maiden podium.

Race 1 winner Pizzoli crossed the line in fourth, after going wide through the fast left-hander of Turn 13, with Nugroho rounding out the top five. Manso was sixth, ahead of France’s Clement Rougé and McDonald, who received a penalty for track limits on the final lap. Wildcard rider Emiliano Rapanotti was ninth, with Diego Palladino finishing 10th.

“I had a good strategy, it was a very hard race fighting with a lot of riders,” Valentim said. “This track was difficult, there was a lot of changing of positions but I could do the best strategy and win the race. I am very happy to have a bigger lead in the championship. So now let’s look ahead to the next race and do our best.”

The Yamaha R3 bLU cRU European Cup will be back at Donington Park (15-16 July), once again in support of the FIM Superbike World Championship.