Yamaha Motor Europe is pleased to announce that the all-new Yamaha Ténéré World Raid Team will contest the Africa Eco Race, which will run from Monaco to the legendary finish in Dakar, Senegal from October 15 - 30.

Yamaha has a long and storied history racing in Africa, starting in 1979 with victory for Cyril Neveu in the first-ever running of the Paris Dakar Rally. Contesting the Africa Eco Race brings the brand full circle, returning them to the spiritual home of the Ténéré, and confirming the new approach, which focuses on reconnecting Yamaha's Rally program with the genuine spirit of adventure and with products that customers can also enjoy.

Yamaha's goal in approaching a 12 stage African rally with a production machine is to prove the exceptional DNA of the new Ténéré World Raid, but also to prepare an extensive customer program, which aims to support the racing spirit of Ténéré customers participating in national activities right up to international long distance Rally Raid events. Discovering your own limits, together with new horizons and people along the route, is the target of the Africa Eco Race challenge.

The new Rally program will also mark the start of a partnership with Riders for Health, a very special sponsor that Yamaha is proud to host on the Ténéré World Raid Team to raise awareness of the tremendous work carried out by the charity supplying, managing and maintaining motorcycles for health-focused operations in Africa. 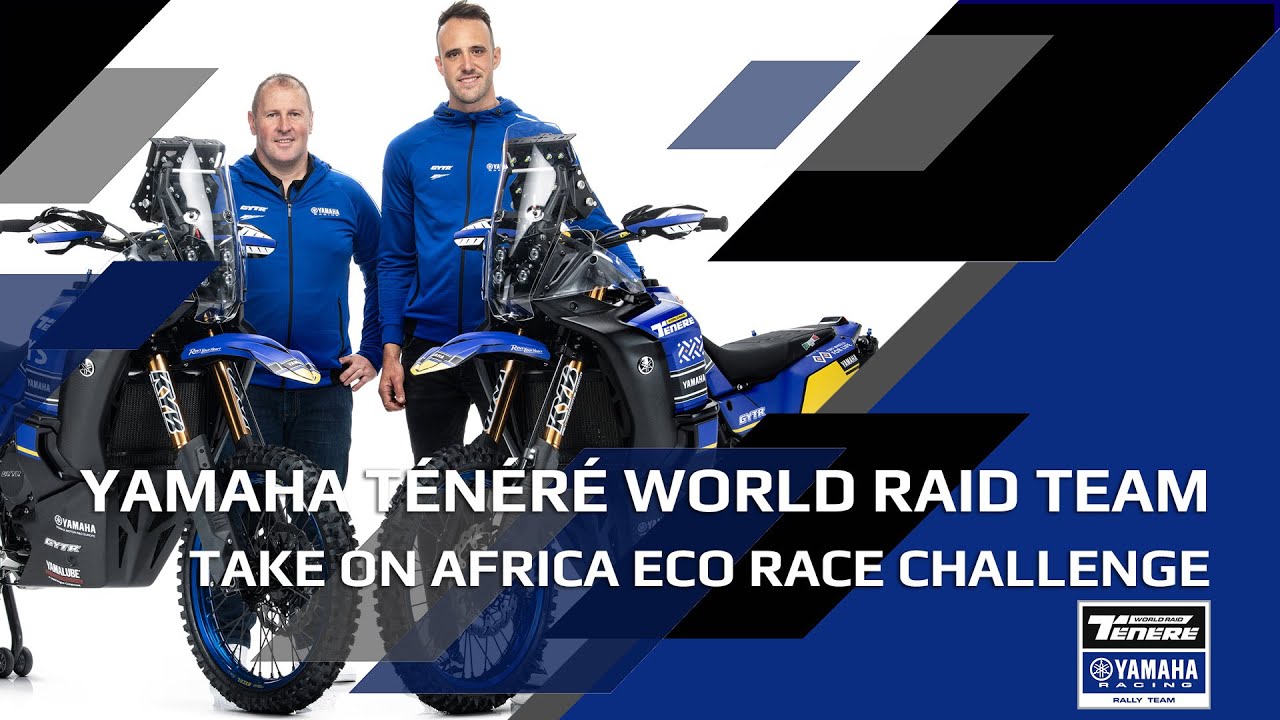 The Yamaha Ténéré World Raid Team will be run on behalf of Yamaha by Rebel X Sports under the direction of Team Manager and experienced Rally Raid campaigner, Manuel Lucchese. Italian Alessandro Botturi, winner of the previous two editions of the race, and Spaniard Pol Tarres will contest the 14th edition of the rally aboard a race version of the recently launched Ténéré 700 World Raid.

Botturi and Tarres will take on this unique challenge aboard bikes based on the newly launched Ténéré 700 World Raid but further developed by Yamaha with the addition of specialized GYTR parts, such as a larger fuel tank and KYB suspension, to better withstand the extreme demands of a competitive Rally Raid.

While the team and bike may be new, both riders have enjoyed impressive careers. Botturi comes into the 2022 Africa Eco Race having won the previous two editions in 2019 and 2020, while the 46-year-old Italian was also the International Six Day Trial champion in 2005 and 2007, competed in the World Enduro Championship and raced in numerous Dakar Rallies.

Botturi's teammate Tarres followed a similar path, riding trials before moving up to the World Enduro Championship. The 27-year-old Spaniard is famous for taking on some of the toughest enduro challenges in the world aboard his Yamaha Ténéré 700, and also for his gravity-defying “Seeker" videos on YouTube.

The Yamaha Ténéré World Raid Team will prepare for the AER by taking part in the Tunisian Desert Challenge between the 21st and 29th of April, which comprises eight stages and covers over 2,700km. It is the first important step in preparing the bikes and riders ready to take on the challenge of the Africa Eco Race later in the year.

For more information on how you can help us support Riders for Health and the incredible work they do in Africa, click here.

"Contesting the Africa Eco Race is an exciting new adventure for Yamaha, but it's also something of a return to the spiritual home of the Ténéré and to our Rally Raid roots. We believe that connecting with our customers is incredibly important, and with this new project and bike, we hope to inspire them to rediscover their more adventurous side. This is just the beginning of the journey; based on our experience this year we will grow the customer program ready for the  2023 season. We're also very happy to be teaming up with Riders for Health, using our participation in the rally to raise awareness of the incredible work they do in providing much needed medical support to rural communities in Africa using motorcycles as the primary form of transport. The presence of their logos on our bike and riders is just the first step in our collaboration."

“In a few weeks, we begin this great adventure with the Yamaha Ténéré World Raid Team. I cannot wait to ride the new bike in Tunisia, and the goal is not only to finish the rally but to gain as much data and knowledge as possible to make us stronger. This is going to be an important year, with our ultimate goal of competing in the Africa Eco Race and reaching the mythical finish line by the Lac Rose in Dakar.”

“I am very excited about this new adventure! I feel fortunate to be involved in this project, to have such a fantastic team around me and such an experienced teammate in Alessandro. Everyone is excited to take on the Africa Eco Race, and the Yamaha Ténéré 700 World Raid is the perfect machine to tackle such a challenging rally. We have been working a lot on the bike already, and it feels incredible. I am excited to head to Tunisia because it will be a great shakedown and training to get us ready for the challenge of the main event this year. I have a lot to learn, but I am determined to do my best and push as hard as I can to bring home the best result possible.”