Clean Sweep of WorldSBK and WorldSSP Titles for Yamaha in 2021 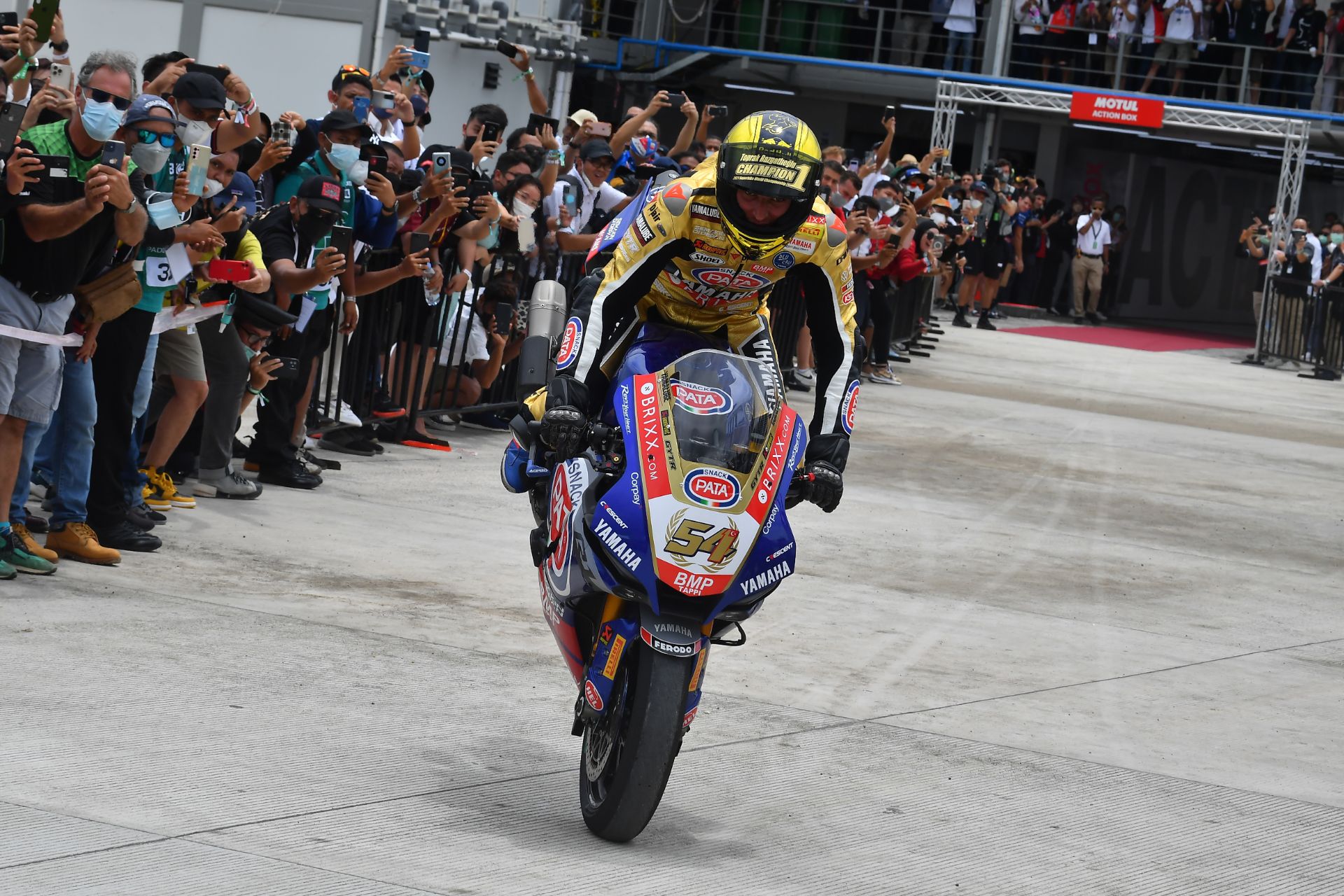 Clean Sweep of WorldSBK and WorldSSP Titles for Yamaha in 2021

Toprak Razgatlıoğlu enjoyed a sensational FIM Superbike World Championship title winning campaign, which came down to the penultimate race of the season in Indonesia, with Yamaha winning every title on offer in the 2021 WorldSBK and FIM Supersport World Championships.

On Sunday morning at the Mandalika International Street Circuit, Razgatlıoğlu crossed the line to finish in second place in Race 1, which ensured he was crowned the 2021 WorldSBK champion, the first for a Turkish rider and Yamaha’s first since Ben Spies won in 2009. The 25-year-old ended the season with 13 victories, 29 podiums and three pole positions, following a history-making title battle with Kawasaki’s Jonathan Rea. Razgatlıoğlu and rookie teammate Andrea Locatelli’s sensational performances saw the Pata Yamaha with Brixx WorldSBK team crowned teams’ champions, while Yamaha claimed the manufactures’ title for the first time since 2007 thanks to the efforts of all the riders and teams. 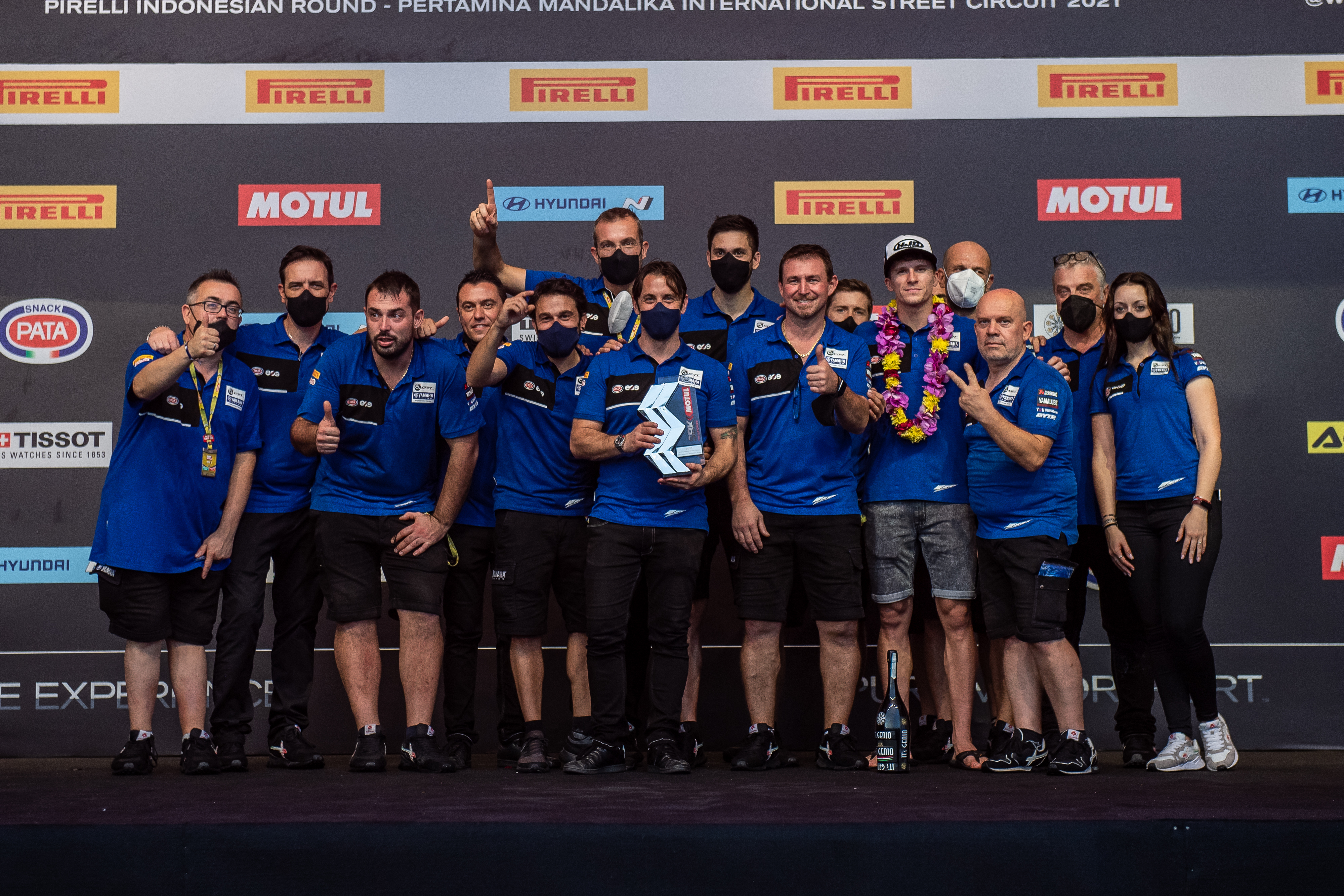 The GRT Yamaha WorldSBK Team were the top Independent Team, courtesy of Independent Riders’ champion Garrett Gerloff and teammate Kohta Nozane, who scored a best result of seventh at the Indonesian finale to cap off his maiden season. Rookie of the Year was awarded to Locatelli, who took four podium finishes on his way to fourth overall in the riders’ championship, which marks Yamaha’s highest finishing rookie since 2011. Dominique Aegerter had already claimed the WorldSSP riders’ title at the penultimate round in Argentina, becoming the ninth Yamaha rider to be crowned champion, winning 10 races and finishing on the podium 16 times.

Yamaha had sealed their fifth consecutive WorldSSP manufacturers’ championship at Jerez, while the battle for the teams’ title went down to the wire, with the Ten Kate Yamaha WorldSSP Supported Team coming out on top.

It has been an amazing season, a word that doesn’t justify how good this year has been. The Triple Crown in the FIM Superbike World Championship is something that means a lot. I believe it’s been the best-ever season in WorldSBK history. I don’t remember a season where three riders and three manufacturers are fighting every single lap, every single race for the podium. The level of competition has been so high, so I must congratulate Toprak and the team for a fantastic job. Toprak didn’t make any mistakes and he has been very well supported by a strong team. After a difficult season in 2020, even though it’s been tough to get here, we’ve been able to better understand what the riders need to be on the podium.

We established a very efficient way of working, so thanks to the engineers, Yamaha in Japan, Toprak and the team. It has been 12 years since we won the riders’ title, but since coming back we’ve been able to improve step-by-step and what makes this year so special is that the level of competition is like never seen before. It means a lot to all of us.

I would like to congratulate Garrett and the GRT Yamaha team on the Independent Riders’ and Teams’ titles. It has not been an easy season, but this is a great achievement that I’m sure they will build on for next year. What a year also for Andrea, who was fourth in the overall standings in his first season, while he was also named top rookie. This shows Yamaha’s step-up program is really working well and we’re excited for the future.

Also, at the national level we have been very successful, winning BSB, MotoAmerica, JSB, and others, which shows how good the Yamaha R1 package is. It has not only been a fantastic year for Yamaha in WorldSBK, but also in WorldSSP where we won the title as a manufacturer, rider and team, so another Triple Crown for us there. Congratulations to Dominique, Ten Kate Yamaha, and of course all the Yamaha teams who did such an excellent job.