Both 50-minute practice sessions today were held in cool but dry conditions, with the wind making its presence felt around the southern part of the 4.445km Phillip Island circuit. Both Pata Yamaha riders used this morning’s first free practice to confirm the set up direction from the two day test earlier in the week, before running a race simulation to evaluate rear tyre endurance this afternoon.

Lowes and van der Mark managed to improve their lap times in the cooler conditions this afternoon, but both struggled with excessive tyre wear towards the end of their long runs. The two Pata Yamaha riders will work through the data with their respective crews this evening, to identify an alternative set up that puts less stress on the rear tyre around the particularly abrasive Phillip Island circuit.

GRT Yamaha’s Cortese was the fastest of the four Yamaha mounted riders in this morning’s opening free practice session, which he finished in fifth position with a time of 1’30.850. With a riding style that doesn’t stress the rear tyre as much as some of his rivals, Cortese opted out of doing a race simulation this afternoon. Instead the reigning World Supersport Champion tested the new tyre supplied specifically for Sunday morning’s Superpole sprint race, with mixed results.

It proved a difficult opening day for Melandri, who went the wrong way with set up as he looked to build on improvements found during the two-day test at Phillip Island earlier in the week. Despite the setback, the Italian remains confident that, together with his crew, he can find a solution ahead of tomorrow’s third and final free practice session.

The WorldSBK riders will be back on track for FP3 at 10.00 tomorrow, before heading into the new single 25-minute Superpole session at 12.15. Lights out for the first WorldSBK race of the 2019 season will be at 15.00.

t's not been such an easy day today. The race simulation was important this afternoon, because we know that rear tyre life is always critical here at Phillip Island. Unfortunately, I had a small problem with the bike during the long run but, anyway, after just 13 laps the rear tyre dropped off significantly. It's a bit frustrating after we spent so much time working to find a set up to conserve the rear during testing here, but all we can do is sit down with the technical crew tonight and try to come up with a solution for the race tomorrow. Today was tough. It's a bit strange because we finished the two-day test on Tuesday with a good feeling with the bike, but then this morning the feeling wasn't the same, despite very similar conditions. This afternoon we did two short runs first to test two different set up options on the bike before checking rear tyre endurance with a race simulation. I felt good on the bike during the long run, I gained a lot of confidence, but there are still a couple of things we need to improve, especially if we are to get the rear tyre to work over full race distance. I'm very happy with my first official day in WorldSBK here in Phillip Island. We had a good base set up from the two-day test here earlier in the week, so we focused today on the tyres; making sure we could get them to work over the full race distance. As a result we have a clear idea of what we need to do for the first race and I really can't wait for tomorrow now. I'm looking forward to Superpole and my first WorldSBK race; everything is new for me and anything can happen, so I will try to stay calm, do my work and enjoy the day. 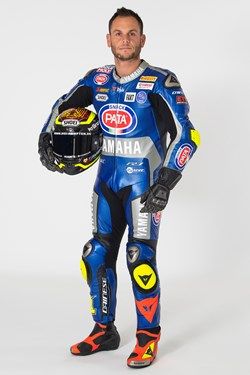 It's been a very difficult day, actually. We tried to continue the improvements we made to the bike during the test but, unfortunately, we went in the wrong direction and didn't find the improvements we were expecting. Now we need to go back to the set up from the test on Tuesday and from there try to find, together with my crew, a different solution to test in the final free practice session tomorrow morning. It's only a 20-minute session, but we only need a small improvement to close the gap. Now we need to stay calm and not lose our way. 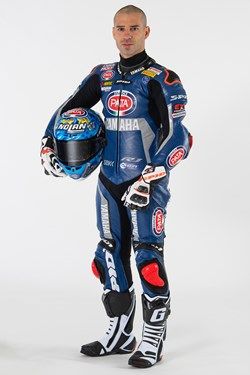