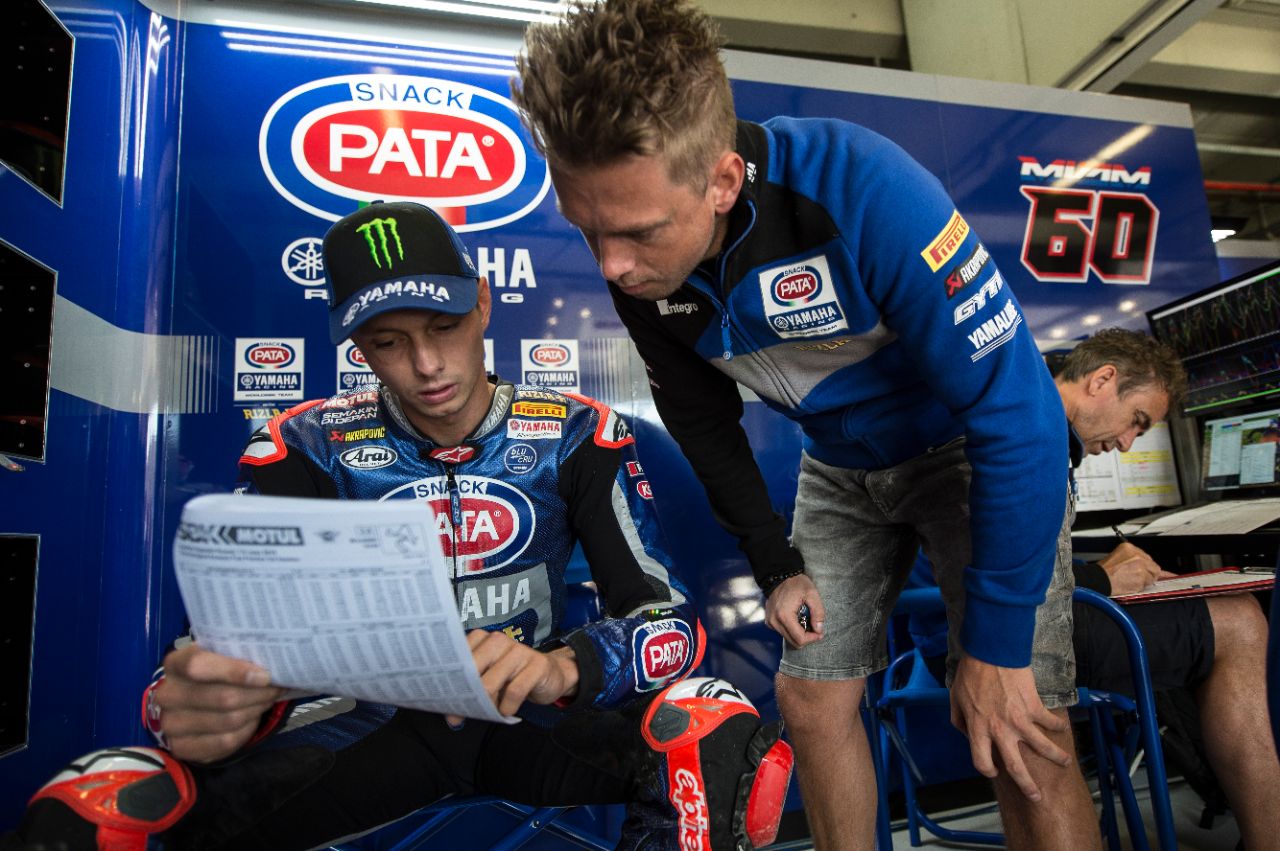 They say behind every great man is an even better woman, but Pata Yamaha WorldSBK Team riders Michael van der Mark and Alex Lowes are also lucky to have a right hand man in each of their respective corners of the pit box in the shape of a rider coach. Confidante, a second set of eyes and someone to bounce ideas off, this relatively new position for motorcycle racers means different things for different people – just like it does for Michael and Alex. First up is Raymond Schouten, a former Dutch champion rider who works alongside Michael.

Schouten won the Dutch Superstock 600 Championship in 2007 and Dutch Supersport in 2010, as well as race wins in the Endurance Championship and IDM. He currently develops Yamaha road bikes as a test rider for Yamaha Motor Europe alongside this new role in WorldSBK.

So Raymond, what do you work on with Michael during a race weekend?

"Michael asked me to join him at the winter test in November and in the beginning, it was mainly listening and looking. Now when Michael goes out for FP1/FP2, I have a scooter to access the service roads around the circuit and live timing to see which sections might be his weak points and compare with the fast guys. I watch, listen to what gear, RPM, things like that. After the session, I see what he has to say and let him speak to Crew Chief Les - then after we talk about the things I noticed or how he feels. It depends on the track - Assen is easy because he knows it so well and what he does different there from other riders are his strengths."

Has Michael had a coach before and did you have one yourself?

"When Michael started riding, he always had help from his father. The rest he has done himself - speaking with competitors and his team, learning like that. So he never really had a coach until now. I had some help from Wilco Zeelenberg in a junior team when I was racing and I learned a lot. Wilco and Michael also know each other very well, and he helped Michael a bit at the beginning. I went with my father to races, like Michael did, and it's difficult to listen to someone who's that close. You think you know better! Looking at my career, I really missed having someone like a proper coach - someone you respect and know is fair to tell you where you to improve, to give a different perspective."

When did you first meet Michael?

"It was around 2005, I was in my 'highlight' years and he just started riding the Aprilia 125. He joined us for a week and I rode a lot with him as the guide rider, showing him the lines and coaching. We had a few young guys around but Michael and I clicked so we kept in touch."You both have a similar personality… Do you think that's why you work well together?"Michael is pretty easy going - it's a different mentality to most riders. I am similar and that's why it clicks. You can send us away for two weeks together and we won't fight. I'm the same as him with nerves, so I know when I need to give him space. If I think I need to say something then I do it - but not too much. He has already won some World Championship races so he's not stupid! You don't need to reinvent the wheel."

Do you think it's helpful to have a direct 'Dutch' approach?

"Yes, I think Dutch people always work well together. In the beginning I thought a lot about how to speak with him and be considerate not to be the 'wise guy' who knows everything, because it is also new for me. I respect Michael a lot. When I see something, I discuss it with him and he always tries - and when it works, he says 'okay, yeah this is really better'. When it doesn't, he tells me 'it's because of this and this' and that's also good so I can learn too."What did you expect when you started?"Honestly, when people say you're the riding coach - that's not really right, it's more a riding analyst, an extra pair of eyes next to the track. When he doesn't know how to do something, he can discuss with me or when he's frustrated he can complain. It's having someone that will not always say 'yes' - if I don't agree, I will say so. It's important for him to have someone with his own language that he trusts. I was really flattered that he asked me! We enjoy the trips and I grew up in racing so I really like it. Everything is within the Yamaha family and I just organise my YME schedule around WorldSBK."

Where do you think Michael's strengths lie?

"He's a Sunday person, that's when he's at his best. I also really like the fact that you always know on race day, he has a little bit extra. That's a really strong point, and the weaker point is in qualifying so we are trying to figure out how to make that better. Sometimes he's good though and there's not one common thing, it requires everything coming together for one or two laps - he doesn't need to be on the front row, but if he's top six - it's enough. If you look at Thailand, he was tenth on the grid and by turn two he was already fourth or fifth but he needs to take a lot of risks. In Aragon, this approach went wrong in the Superpole Race. If you have a bad result, you try to learn from it and it's something he also does well. I could never do that as a rider… I was mad for a week!" 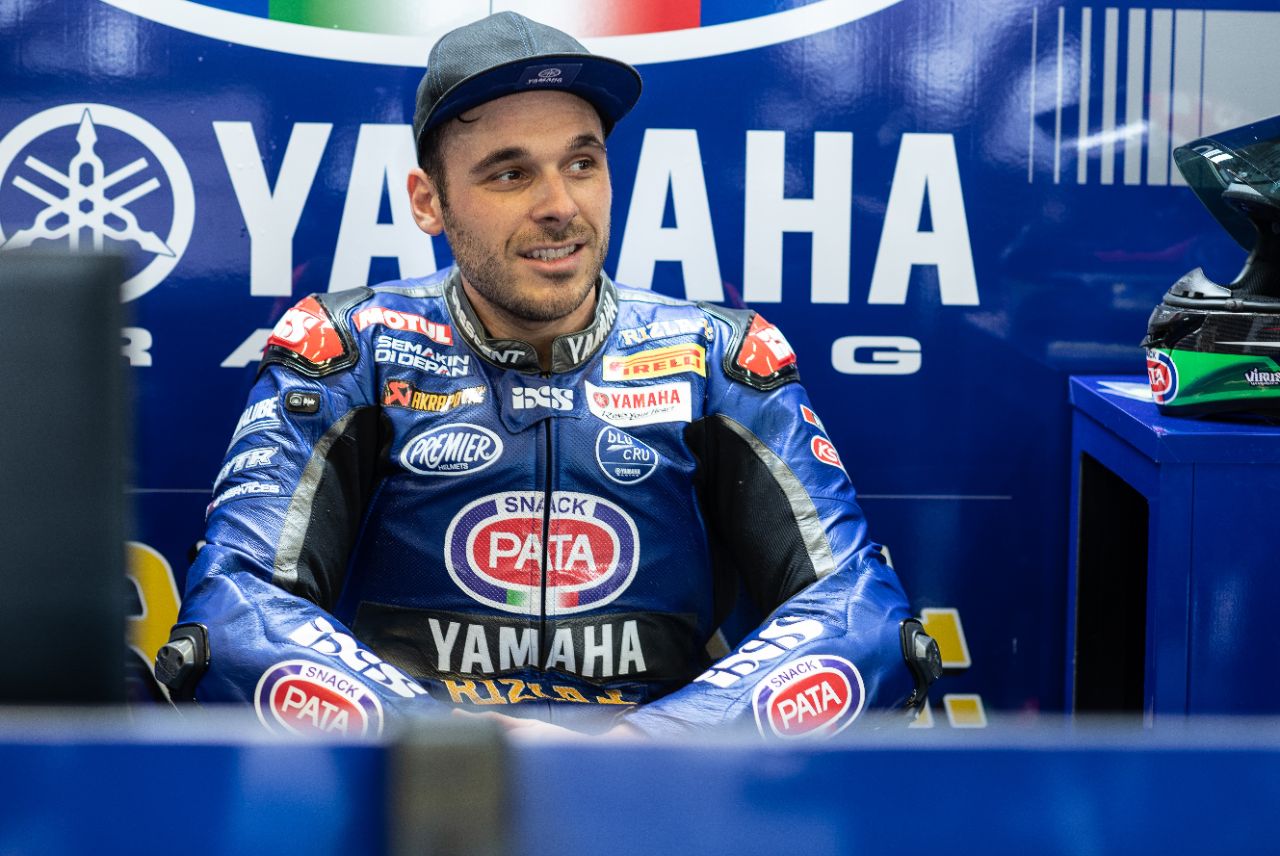