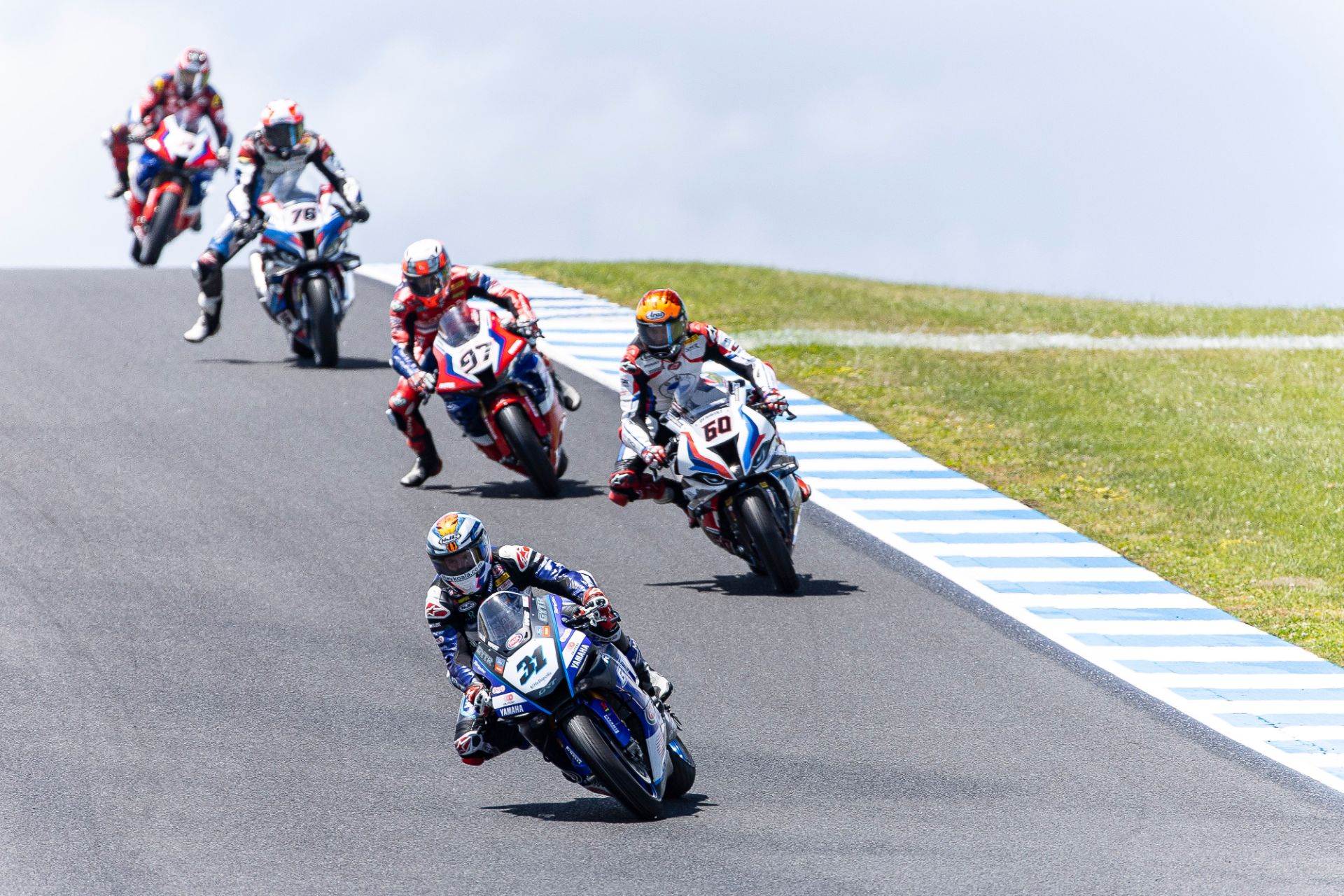 Once more, the rain returned ahead of the sprint race, but as soon as the riders headed to the grid, the sun began to shine. On wet tarmac, Gerloff opted for a rain front and intermediate rear tyre, while teammate Nozane decided on a full intermediate set.

The American rider enjoyed a good run, struggling towards the end with degradation as the track completely dried; still managing to cross the line in P7. On the other side of the garage, the Japanese ace unfortunately endured difficulties early on, just finding grip from the halfway stage and eventually recovered to P17.

In Race 2, Nozane stayed in the contention for points until the very end, but as he closed on 15th position, a red flag halted his final WorldSBK contest with five laps to go. Gerloff’s race ended on the run into Turn 2, following a collision with another rider.

As the season is over, the GYTR GRT Yamaha WorldSBK Team will now focus on 2023, but the whole crew would like to thank Gerloff and Nozane for the years spent together, wishing them the best for their future endeavours.

"This day has come so quickly, looking back I can't believe my time with this team is already over. I can't thank Yamaha enough for the opportunity to come to Europe, we enjoyed some amazing moments, and the GYTR GRT Yamaha team has been incredible to be a part of for the last three seasons. We had some ups and downs, but we were always together. You don't have that kind of relationship everywhere and I can't thank them enough for the support. It wasn’t the way I wanted to end the season, I'm somewhat satisfied with the Superpole Race but in Race 2 unfortunately I made contact and wasn't able to make the second corner. It's disappointing to end this chapter like this, but I can only look forwards. All the best to the team and Yamaha for the coming years, we'll see each other on track!"

“It wasn’t easy, I tried to push 100 percent every lap. Unfortunately, I collided with another rider in the earlier stages of the feature race and lost positions, then my pace was consistent, but I couldn’t make it in time for points. That would’ve been a good way to say farewell, but it is what it is. I would like to say a massive thank to Yamaha the GYTR GRT Yamaha team for the two years we spent together, I wish them all the best for next year, they deserve it.”